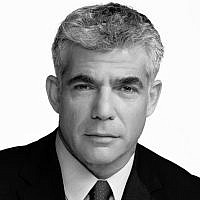 In the other room my son is putting on his uniform. He came home last night and has just now received a phone call. “Emergency call up,” he says, his face stern. He’s been called back in because the enemy acted last night in Duma. Terrorists entered at night and set fire to a baby. As always, the IDF is going to war against the enemy. Only this time the enemy is from here, from inside, from within us. They are a fifth column. They are the natural partners of Hamas, of Hezbollah, of ISIS. They look like us but they aren’t like us. They are traitors to all that is sacred to us, traitors to the very idea on which the State of Israel was founded, traitors to Judaism.

And they’re trying – like the enemy always tries – to destroy the State of Israel.

We won’t let that happen.

This isn’t a war between right and left but between the sane Israeli center and the lunatic fringes. Our weapon is the law. Our fortress is the Supreme Court. Our army is all the people who refuse to remain silent while the State of Israel crumbles under a weak and hesitant leadership.

We’re at war. For the future, for Zionism, for our existence. As in every one of Israel’s wars, we cannot afford to lose.

About the Author
Yair Lapid is the Founder and Chairperson of Yesh Atid, Israel's centrist party, and the leader of the opposition
Comments