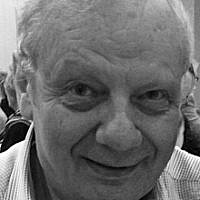 The Blogs
Brian Smith
Apply for a Blog
Advertisement
Please note that the posts on The Blogs are contributed by third parties. The opinions, facts and any media content in them are presented solely by the authors, and neither The Times of Israel nor its partners assume any responsibility for them. Please contact us in case of abuse. In case of abuse,
Report this post.

Two weeks after the abominable murder of Muhammed Abu Khdeir, the Shin Bet has released the results of its investigation. The findings give us an opportunity to look back and take stock of our reactions to the heinous killing of an innocent Arab boy in revenge for the kidnapping and murder of three Israeli teenagers.

The vast majority of Israelis and Jews around the world were saddened and sickened by the actions of those who behaved in such a barbaric and anti-Jewish fashion. Yet despite the widespread Jewish revulsion at this act, a number of leading pundits and public figures used the opportunity to implicate the entire nation of Israel in the murder.

Some, like Times of Israel editor David Horovitz, proclaimed that the killing must “rid us of the illusion that we enjoy a distinctive moral superiority over our neighbors.”

Others, like Daniel Gordis, in his July 11 op-ed, We Have Been here Before, seized the opportunity to paint a wholly unflattering and bleak picture of Israeli society.

Gordis interpreted the behavior of the murderous thugs as an indictment of all Israeli society, asserting: “And then we burned a child. Yes, we.” In one sentence, he condemned all Israelis, maybe even all Jews, as being responsible for the actions of the atypical and radical few.

As we now know from the Shin Bet report, the three primary suspects in the crime are all related to one another. As reported in The Times of Israel, the adult prime suspect, age 30, had once attempted to kill his own infant daughter, later pleading temporary insanity. A source close to the other prime suspects said the two 16-year-olds “live at the fringe of society and aren’t functioning individuals.”

We also know that once it was revealed that the killers were Jews, Israeli society and the Jewish world unequivocally rejected their behavior, while making efforts to console the victim’s family. Along with telephone calls from Israeli leaders and personal outreach from relatives of the murdered Israeli boys, the Abu Khdeir family was visited by over 600 Israelis.

So how is it that the killing of an Arab boy by a few marginal and disturbed Israelis caused Gordis and others to doubt, very publicly, their oft-stated belief in the innate decency of Israeli society?

I recall that as a young boy, when the State of Israel was in its infancy, I rejected the idea that there could be prostitutes in Israel. In my young mind I could not countenance the idea that Jews could possibly behave in such an immoral manner. As I grew older and shed my childish wishful fantasies about what the Jewish State would represent — or rather what I would like it to represent — I came to realize that Israel is, after all, a country! And as a country encompassing millions of people from all corners of the earth and from all walks of life, its overwhelmingly decent population will of course also include prostitutes, and thieves, and rapists, and mobsters.

Just as I grew out of my childhood fantasy that Israel could not be home to a Jewish prostitute, so too we have to grow up and acknowledge the harsh reality that Israel regrettably harbors individuals capable of performing an immoral revenge killing.

Did those authors who rushed to impugn all of Israeli society really think that in a population of several million people there would be no psychopaths or sociopaths? Does the emergence of a few such people from time to time diminish their view of Israeli society in its entirety?

When a shooting takes place in a school in America, or an Al Qaeda terrorist blows up a market in Baghdad, or an Islamic extremist firebombs a Jewish school in Montreal, we do not condemn the whole society. If we Jews claimed that all 1.5 billion Muslims were to blame whenever radical Islamists attack a synagogue or a church or a mosque, we would be called racists. Why, then, should we rush to judge all Jews for the actions of a radical fringe? Are we, too, to subscribe to the double standard that judges Jews more harshly than anyone else on the planet?

I unequivocally reject the charge that “we are all to blame,” as Gordis and others have recently claimed. What is truly amazing is that, despite knowing more than its fair share of hatred, antagonism, and the threat of extermination since its very inception, Israel has remained collectively true to its Jewish heritage and its inherently moral ideology — and will continue to do so.