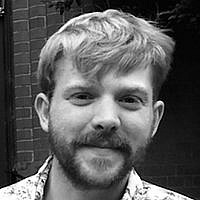 The Blogs
David Tiedemann
Apply for a Blog
Please note that the posts on The Blogs are contributed by third parties. The opinions, facts and any media content in them are presented solely by the authors, and neither The Times of Israel nor its partners assume any responsibility for them. Please contact us in case of abuse. In case of abuse,
Report this post.

I never believed I would write the words ‘the Election of Donald Trump.’

I tried in academic writing to argue why it would not happen. I had lots of ideas.

Racial minorities would turn out in droves to keep Trump out of the White House, previous unadorned populists like Trump never, in American history, win the presidency on the first try, moralising values voters would stay home.

What I did not want to reveal was that I believed Americans would never elect a racist, a xenophobe, a misogynist, a braggart, a bully, an obvious coward who appealed to the worst fears and prejudices of the electorate.

I did not believe my fellow citizens were capable of it, I thought them to be people who would see through Trump for the petty infant he is.

Like most expatriates I am easily drawn to a romance about the United States.

To my British friends I tirelessly defend the nation of my birth.

I believe, or believed that the United States is a great nation, a creation like no other.

One line that has always warmed me in moments when America has not lived up to its ideals is from the Marquis de Lafayette.

He served in the American Revolution, and became a close friend of George Washington. During the French Revolution he tried to steer a course away from terror and violence towards universal liberal values, only to be marked for arrest by hardliners and eventually captured and imprisoned in Germany. In 1824 he made a return visit to the United States and perhaps apocryphally was said to have toasted to “the perpetual union of the United States. It has always saved us in times of storm; one day it will save the world.”

I have always had faith of the truth of that statement that one day the United States will save the world, now I am not sure.

What happens now? No one can say.

What is Trump’s political programme? There is no consistency to the Trump platform, and he has no track record of sticking to commitments.

If Trump supporters think he will follow up on all of his campaign promises they are sorely mistaken. On policies like immigration we do not have the money to pay for a Mexican border wall. We do not have the resources to deport the eleven million undocumented residents, and the show of pure military force it would require would sicken so many Americans I think it is impossible.

Will we leave our NATO allies out in the cold of Russian aggression? Possibly.

Will we back out of environmental treaties like the one just completed in Paris? Almost certainly.

We are moving towards isolation as a nation, a withdrawal from world affairs, something not unfamiliar to the United States.

How Trump will govern I have no idea. Conservative office holders opposed to Trump in the primaries and critical of his campaign have proven themselves largely to be spineless.

Trump will have plenty of sycophants around him in Washington, though it will be interesting to see how the Republicans work together. Gathered round Trump are a number of Republican figures the leadership of the party despises. Division between someone like House Speaker Paul Ryan, or Senate Majority Leader Mitch McConnell and Trump allies like disgraced governor of New Jersey Chris Christie, former Bill Clinton witch-hunter Newt Gingrich, and ex New York Mayor Rudolph Giuliani may impede Trump somewhat.

How did Trump win?

This question will be dissected a lot in the next four years and in academia for generations to come. My first thought is that this election was Hillary Clinton’s loss rather than Trump’s win. Of course Clinton was a bad candidate in many ways, she came to the election with thirty years of service but also thirty years of political baggage.

Not all of this baggage was her fault, but all that time under a hostile political microscope made her, I think, understandably cagey and resistant to letting any light shine on her personal life or humanity.

The main problem of the Clinton campaign though was that this caginess extended to policy. Clinton did not articulate policy in any real way.

Trump offered something in terms of government action. You or a family member lost a job? Trump would say it’s because of Mexican immigrants, or bad trade deals. He is going to ditch NAFTA, and build a wall on the Mexican border. Your child addicted to heroin, an increasing problem in White suburban communities? Trump is going to deport undocumented drug selling criminals.

It was easy for lefties like myself to sneer at these idiotic and wrongheaded Trump responses, BUT THEY WERE RESPONSES! What did Clinton offer those people? She was not Trump was essentially her argument.

What does this mean for American Jews?

I am sure that there are many Jews in America right now discussing with their families whether it might be worth it to trade New York or Los Angeles for Tel Aviv.

Obviously American Jews should be concerned.

When bigotry is elevated, and even in the case of Trump, promoted and celebrated Jews do not do well.

When questions are raised about who exists inside and who outside white nationalism we fair poorly.

Exit polling data reveals that 18 to 24% of American Jews went for Trump.

What those Jews who voted for Trump were thinking I have no idea, how they could bring themselves to support a proponent of open discrimination I do not know.

The United States has closed its doors to those fleeing tyranny, violence and hatred before with fatal consequences for Jews, how anyone could not see the parallels is mind blowing. Though there is cause for concern, and certainly anti-Semitism will be far more present in popular discourse, we will come through this as a community.

One of the most admirable qualities of Zionism is the protection it gives Jews in the diaspora.

We do not need to keep silent in politics for fear of persecution we always have an escape.

I hope that American Jews are in the forefront of the opposition to Trump, we cannot allow other groups to suffer as we have suffered.

We are two nations now and American Jewry will fight I trust on the side of the great and the good.

About the Author
David Tiedemann is originally from Berkeley California, he has though lived in the UK for the past few years. Currently David is a PhD student in History at UCL working on the relationship between Britain and the United States in the 19th Century.
Related Topics
Related Posts
Comments 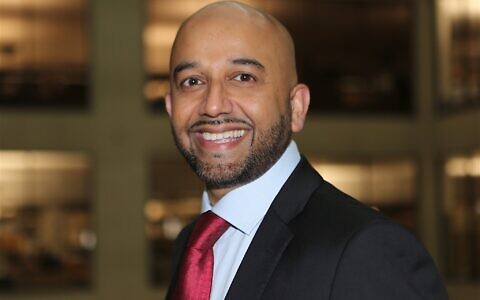 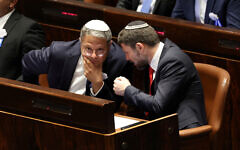 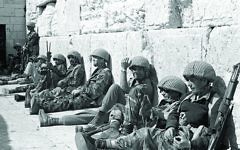