“When my grandson was born I finally realized I had won the battle. I have had descendents, therefore, I had beaten Hitler”.

Yesterday I got the chance to listen to four amazing speakers during the conference “Tolerance and Inclusion respect the Holocaust” organised by the Centro Educacional Holocausto y Humanidades. The main goal was to provide Peruvian teachers with tools to teach about the former subject in their schools.

All of the speakers were really impressive and full of invaluable information, but today I would like to share with you a few things I have learned from two of them.

Leon Trahtemberg talked about the history and the parameters to understand the Holocaust. How it was necessary to get the complete context to be able to fully understand what happened back then. If I transfer here every single thing I wrote on my notebook from his speech, this post would be too long to read, but recently an awful question has been asked by many, I think I will answer with what Leon taught me.

Is it necessary to keep teaching and remembering the Holocaust? Yes, it is. And I will tell you why.

Irene Shashar, is a survivor of the Holocaust. She was the last speaker at the conference, and she was the reason why I stopped writing and just focused in the person in front of the audithorium. During the third speech she arrived and incidentally she was standing next to me. The first thing I thought was: She looks like a fighter. Minutes later I would confirm she indeed was one.

She told us about her story, how she was part of the gueto in Varsovia, how her mum saved her, and took her from one place to another in order to both remain alive. She found her father dead in her kitchen, she is still looking for any picture of him, just to remember his face. Irene ended up in France, her mum died while she was at boarding school, then she was brought to Peru by his grandpa to live with an uncle that finally adopted her.

The quote I started this post with was said by Irene during her speech. Her story brought me to tears, but more than that, it made me realise an obvious truth, Jewish people are fighters and survivors. Jews are the owners and creators of their future, and are the result of their past.

Should schools and universities keep teaching and remembering Holocaust? Definitely yes, because now we need, more than ever, living proof of what happened in the past to prevent anything remotely like the Holocaust from happen again.

We need to keep honouring the Shoah because we have beaten Hitler, and Jewish people daily tell the world they could not be erradicated back then, and then will not be, not now, not ever. 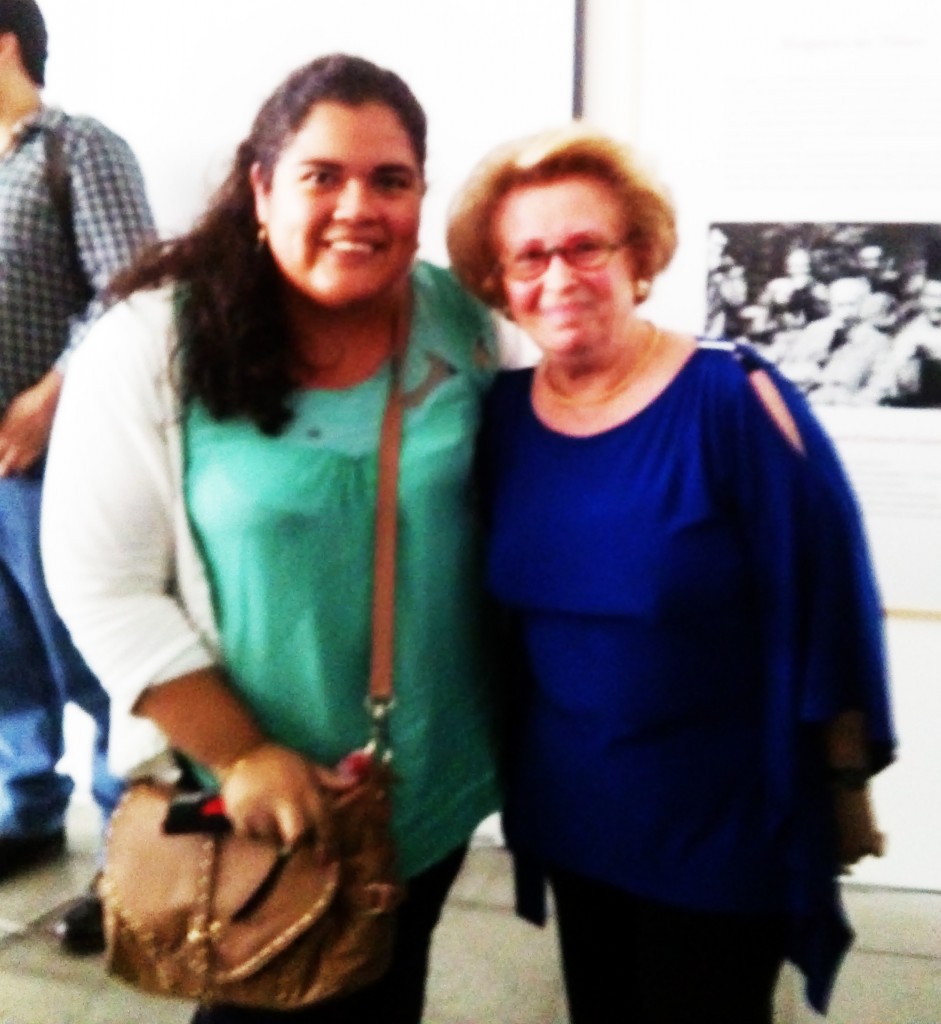 Irene Shashar is my hero. She is a fighter. A survivor. A proud Jew.
About the Author
Ana is a curious girl that after exploring Israel and pursuing an MA in TAU during 2017/18, also found her life partner in a museum in Jerusalem. In the middle of a pandemia, and a world crisis, she married her Jerusalemite lion and moved to Israel for good. She writes about her experiences as a wife, as a foreigner in the Holy Land and as a woman exploring life.
Related Topics
Related Posts
Ana Gutierrez
Comments