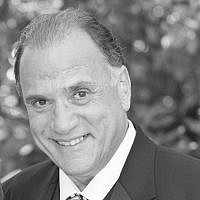 At the time of the Suez conflict in 1954, David Ben Gurion, expressed a willingness to journey to Cairo for negotiations with Col Abdel Nasser, provided his safe conduct was assured. Marshal Josip Broz Tito of Yugoslavia was approached as an intermediary. Nasser’s Comments to Tito were, “I would be ready to meet with Ben Gurion, but I am afraid that then I would not be able to return to Cairo. One hour after my return, I would be Assassinated”.
-Memoirs, David Ben Gurion, 1970.

Times have not changed. So, why can’t we achieve “Peace” with our neighbors, with a handshake? No written treaty or agreement, just a word of trust. Like oral law, this is an oral peace agreement. Abbas, and the PLO are in violation of the Oslo Accord, He wants to replace Israels government with his and rename Israel Palestine. Therefore, he can be removed and replaced with those that will bring a world of good to their people, work, live, share the same values as us and enjoy life with us in a real “Peace”!

Palestinians deserve better than Abbas. I refuse to believe that there are no Palestinian business,civic, and religious leaders that can do just this. Seriously, has the International Community asked the Palestinians with whom they wish to live under, The PLO, Hamas or Israel? Why is the International Community not working to give the Palestinians the same benefits that the Arabs in Israel have? Why are they boycotting Settlements that employ Arabs and not encouraging Global Industry to set up shop there?