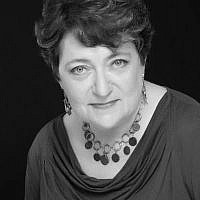 The Blogs
Kitty Hoffman
Apply for a Blog
Please note that the posts on The Blogs are contributed by third parties. The opinions, facts and any media content in them are presented solely by the authors, and neither The Times of Israel nor its partners assume any responsibility for them. Please contact us in case of abuse. In case of abuse,
Report this post. 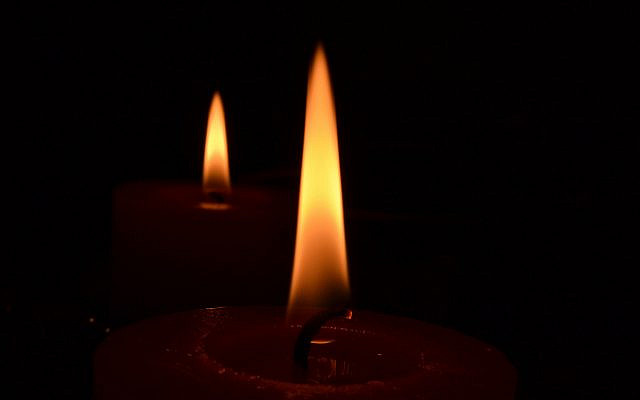 My childhood memories are of waking to my mother’s terrified screams – her nightmares that returned again and again to the terrors she’d lived before I was born.  And of small Yizkor services in empty cemeteries, where a handful of people with names like Pesiah and Maniah,  Wowe and Moniek,  mourned their dead in the years before Holocaust Remembrance took on official status in North America.

Our Passover seders were on the lonely side of intimate, and the living guests – my parents and I – were overshadowed by the ghosts crowding around the table. Every year, when he read from the Haggadah to “remember that you were a slave in Egypt” my father would add his personal refrain – “I know what it is to be a slave.” For me this was no symbolic religious injunction, but immediate personal family history.

Both my parents were survivors, and the lone remnants of once large immediate and extended families. My mother and her family were gunned down in an aktion, and when she came to with two bullet holes in her neck – one at point of entry, one at exit – she was the only one alive amidst a pile of corpses that included her family. My father was a ghetto fighter and a partisan. Their son – born in a post-war German DP camp – was murdered by a Nazi nurse [yes, such things also happened; there are archives in Nuremberg]. Still they persevered, and I was born later and became their only child.

Growing up in the optimistic and somewhat innocent Canada of the 1950s and 60s, I tried to distance myself from their legacy. I longed for the ease of my friends, Jews and non-Jews alike, who found the world a promising and happy place. I longed to be like them, to live without the dark knowledge that life could be overturned in an instant, that death hovered at every corner.

The kabbalists teach that every life has its distinctive  tikkun – its specific life task. Mine has been to create meaning and find joy inside the dark knowledge that was my heritage from the day of my birth. For most of my life it has been a lonely path, seemingly at odds with the sunnier reality of those around me. As others were motivated by love, ambition, and other normal desires, I struggled to give this normalcy its weight beside my darker knowledge of death and impermanence. When I was diagnosed with cancer in my 40s there was no shock, but instead a recognition – this was the familiar threat I’d known all my life, finally showing his true colours.

Don’t get me wrong. My parents also taught me to sing, to dance, to love literature and the arts, to enjoy good food. To laugh. But underneath all of it, always present and silently waiting, was the knowledge of destruction.

A strange thing has happened.

That innocence I envied growing up, the easy trust in life and the future that surrounded me in my schools and places of work, in the synagogues and community centres of my youth – that’s what seems like childhood to me now. The dark knowledge of my parents and their handful of friends is the reality that we are all awake to now. The stories of the seder table — the story of death lurking outside our door as we seek refuge inside; the stories of my own family seder table – of death waiting at every turn as my parents used their wits and mazal to evade it; the stories of the Jewish past, some ancestral and some immediate, that are renewed every year – these have become real and immediate.

The knowledge of imminent death is written in our genes, manifest in our epigenetics.

What is also written in our souls is the story of survival.

To laugh, to sing, to dance as Miriam danced after we crossed the Sea of Reeds. To dance as my parents and their survivor friends danced at their klezmer-infused simchas.

I grew up with a Yiddish expression, and I know it to be true.

Mir vellen es iberlehben. We will outlive this.

About the Author
Kitty Hoffman taught English and American Literature at the university level before a career in the Canadian federal government and with international development agencies. She is a Spiritual Director, and currently a Rabbinical student. She lives in Montreal.
Related Topics
Related Posts
Comments