There is a look. A facial expression that you can wear to the world when you want to look tough. Eyes narrowed down to slits, eyebrows forced together in an extreme frown and lips pursed together to form a grimace. It’s a tough guy face. It’s a face that Meir Ettinger doesn’t need to put on for the cameras. He’s not pretending to be a tough guy, he’s happy, he’s doing God’s work and he’s out there fighting the cause of righteousness. He’s standing there posing like he’s a hero basking in the glory of infamy.

He’s wearing the extremist’s smile. He isn’t the first and he won’t be the last to smile to the authorities, to grin his guilt to the courts or to smile away to the victims of his crimes. 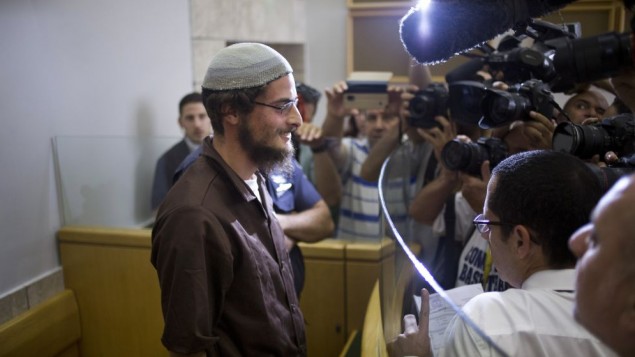 It is the smile of doom and we have seen it many times before.

This is a grin that is well known to all, the grin that says the justice system isn’t just impotent to hold on to those who ruin people’s lives in the name of Judaism, it is in on the crime. It is complicit in the effort to recreate a Jewish empire that existed thousands of years ago.

This is a network which will campaign for them, which will lobby for their release, which will maintain their innocence in the face of evidence of their guilt, which will ensure that as soon as possible can these people will be free to perpetrate their crimes once again. 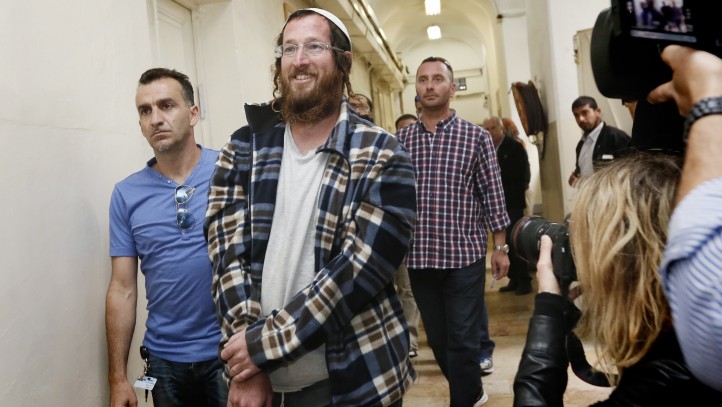 The Knesset has already authorised extra powers for dealing with Jewish terror networks but the problem was never a lack of power for the police. The problem was a lack of energy, a lack of interest, a lack of motivation to investigate crimes.

Because the police operating in the territories understand the reason they are there is to protect the Jews from the Palestinians. They aren’t there to investigate crimes perpetrated by Jews. They know that, the people living there know that, the politicians who promise settlers everything they want make sure of that.

The end result is a feeling of resignation on the part of law enforcement and a feeling of superiority, even supremacy from those who believe they have carte blanche to do as they please.

And so we have the extremist smile. Get used to seeing it.