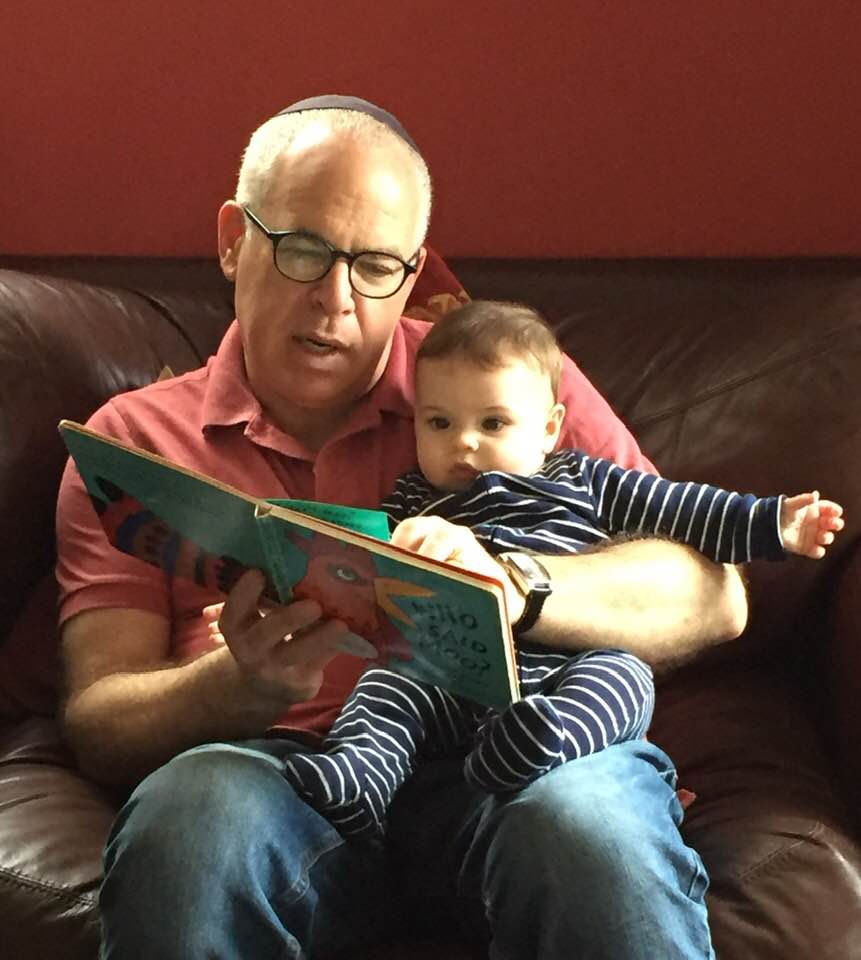 It was the second call in as many weeks.  “Come now, your mother is dying.”

The first call was from my wife two weeks earlier.  She was in the US and had just visited my mother the day before, with our oldest and youngest children.  My mother was doing great, especially for a woman who had battled autoimmune issues for decades longer than most people survive them. My wife called me at home in Israel the night before my second daughter’s eleventh birthday.  Other than the grief that my mother was dying, “she probably won’t be alive when you get here” was what I was told, I was about to ruin my daughter’s birthday waking her early in the morning to tell her I was off to the US because her grandmother was dying.

Needless to say, I didn’t sleep that night.

I arrived at the Pennsylvania hospital and to my surprise, my mother was still alive.  Barely.  The doctors believed that she had contracted pneumonia the day earlier and, because of her autoimmune disease, it went into her blood and she became septic and deathly ill.  I stayed in the hospital for a week until the doctor (who recognized her good insurance and did things to keep her alive that he later admitted he wouldn’t do to save his own mother) said she’s not dying any time soon and I should go home to Israel.

A week later, I was out for dinner with my wife for our anniversary.  That’s when the second call came.  The grief was back, as was the feeling that this was going to be a great way to ruin my anniversary as I had done with my daughter.  Fortunately, my mother was thoughtful and didn’t die until the next day, so my anniversary is overshadowed by, but not synonymous with the date of my mother’s death. Thank goodness for little things.

After she died, I realized that not only had my mother thoughtfully waited, but if she could have done so, she would have chosen to die then.  She didn’t, but since my wife’s mother had died just several weeks earlier, I am sure that my mother would have done so in order that my wife not spend a year of mourning alone, as I had ten years earlier when my father died.  Then again, maybe she did choose.

Yes, it’s the cycle of life. But it’s still sad.

My mother’s yahrzeit (the anniversary of her death according to the Jewish calendar) was two weeks ago.  I really hate yahrzeits.  My mourning is private.  I realize that that’s not the Jewish custom, but that’s how I am.  I’m never prepared for the yahrzeit and go through the motions perfunctorily.  When, in years like this, the Jewish and secular calendar dates are as far apart as two weeks, it’s like bookends for me. Or maybe a start and finish line. Even though it’s a race that doesn’t end.  I don’t ever not mourn my parents.  That’s probably a lesson from my mother as she always resisted celebrating Mother’s Day because she felt, correctly, mothers should be celebrated every day. But the dates on the calendar make me think of them more.

This year, Father’s Day preceded my wedding anniversary, and then the anniversary of her death.  I had an insight that has taken this long for some reason.  Loss of a parent is sad no matter when.  Even if they live to a ripe old age (which mine didn’t), there’s still grief, even in the celebration of their life. Its unavoidable that I shed a tear or two on these sad anniversaries.

But I also definitely get choked up more than my fair share, through things as mundane as all the things my parents have missed: reading books to my grandchildren, putting them to bed, watching them grow, etc.  These little things are precious.  I realized this year that it’s because of my anniversary that I have the privilege to get choked up somewhat more from joy than from grief, even if the joy is mixed with the grief of my parents’ absence.

How fitting that my wife and I have the wedding anniversary to celebrate all the good things.  Each person has two parents so the grief for loss of a parent is limited.  But when you have a few more kids than you have parents, as we do, there are lots more opportunities for shedding a tear in joy than in sadness.  That’s how it should be.  Not only am I grateful that my mother waited until the next day to die, but I’m also grateful for the awareness that out of the joy of our wedding anniversary the day before the grief of the anniversary of her death, I came to this realization now.

So today, I’ll “celebrate” all the good things, and even her absence, and do something my mother would have done.  I’ll snuggle up with my oldest grandson and read him a book that was from her library. And if my daughter allows me, maybe I’ll give him his first M&M.

About the Author
Jonathan Feldstein made aliyah in 2004, married and raising six children in the Judean mountains. He is a long time Jewish non-profit professional. As president of the Genesis 123 Foundation he works closely with many Christians who support Israel, building bridges in ways that are new, unique and meaningful.
Related Topics
Related Posts
Comments
Advertisement