The Blogs
Arnold D. Samlan
Jewish Educational Leader, South Florida
Apply for a Blog
Please note that the posts on The Blogs are contributed by third parties. The opinions, facts and any media content in them are presented solely by the authors, and neither The Times of Israel nor its partners assume any responsibility for them. Please contact us in case of abuse. In case of abuse,
Report this post. 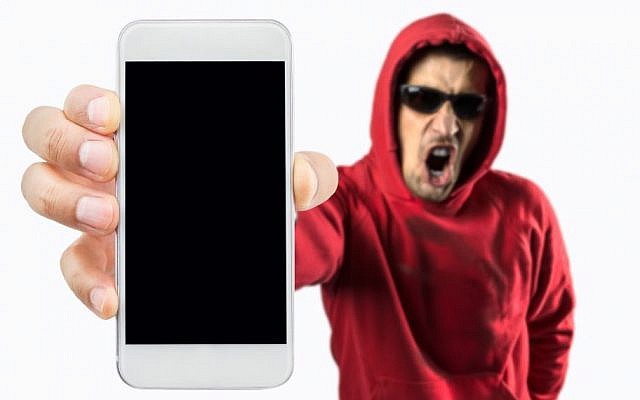 As I write this, I am in Jerusalem, celebrating the 69th anniversary of Israel’s birth, along with thousands of participants in the International March of the Living from around the world. My group from Broward County, Florida have just traveled through Poland to see the sites at which the Nazis and their associates tried to annihilate the Jews of Europe. Hundreds of thousands of the Jews who escaped Europe or survived the Holocaust were among the founders and citizens who established this country and also helped to reinvigorate Jewish living and learning in the United States, Canada and across the world.

While many in our group have been to Israel, some, like myself, many times, they still see the country differently when arriving directly from a visit to a concentration camp.

As we approached Israel a few days ago, flying over the Mediterranean, one could sense the excitement. Israel is a remarkable country that has faced, and continues to face challenges that most who read this are at least somewhat familiar with. The plane touched down on the runway of Ben Gurion Airport,  just minutes from Tel Aviv. Everyone opened their overhead bins and turned on their cell phones, looking forward to letting loved ones know that they have arrived safely and are beginning their visits to Israel. We waited, impatiently, for cell signals. And, as we exited the plane and stepped towards the gate, there mine was: a message from my wireless provider (Verizon Wireless, if you’re interested) that proclaimed on my phone’s screen:

It included instructions on how to make and receive calls while in Palestine.

As those who know me can attest, my political leanings on Israel tend towards the liberal to moderate end of things. I have no issues with people who choose to identify themselves as Palestinians. I am fine with the Palestinian Authority having some degree of control over the areas that have been agreed upon and am proud that Israel gave more respect to them than Jordan ever did during its years of control of those areas. And I long for the day in which all inhabitants of these lands will live in peace and security, whether that means a two-state solution or some other agreement.

If Verizon Wireless had welcomed me to Palestine when I visited Jericho, Nablus or Hebron (I’ve visited each of them), I would probably just look at my phone, perhaps shrug my shoulders a bit and go on my way. And I would expect a nice “Welcome to Israel” once I crossed back over the Green Line.

But that’s not what happened. I was in the national airport of the sovereign state of Israel, on a piece of land that is not disputed, and the company that I have been a loyal customer of for many years, instead welcomed me to Palestine. And in the week that followed, not once did Verizon Wireless ever welcome me to Israel.

Oh, in the days that followed, I got all sorts of explanations from the company’s representatives, most having to do with what cell tower my phone may have connected to. By the way, it’s not limited to Verizon Wireless; other folks have told me about their providers doing the same.  And it apparently doesn’t happen to everyone every time.

Now, I don’t claim to be an expert on telecommunications, but I have to believe that technology today enables my wireless provider to pick up my exact location, regardless of whether the cell tower it’s using is in Tel Aviv, Nablus or Timbuktu. And even if my provider sends me an incorrect message, shouldn’t it then have welcomed me to Israel when it got me to a different cell tower?

This is not a harmless mistake. I know my way around Israel and its politics, so Verizon Wireless’s message welcoming me to Ben Gurion airport in Palestine angered me, but didn’t affect me otherwise. But what about the many who travel here for the first time: Christians on pilgrimages and tours, business people, diplomats? What are they thinking when they receive this message?

Corporations play significant roles in politics and contemporary events. They are not simply financial entities; they have values that they communicate in every part of their businesses. In my people’s recent history, the Holocaust relied on the work of major companies, many of the them still very much in business. Some other companies, by the same token, used their positions to protect and rescue Jews and others during that awful period.

I’m not equating a cell phone message to the Holocaust. But I am saying that corporations, as much as individuals, need to take responsibility for what their companies do. In this case, they need to fix errors that communicate the negation of the existence and legitimate borders of a sovereign state. Israel deserves no less. And I, as a loyal customer, deserve no less.

About the Author
Rabbi Arnie Samlan, Chief Jewish Education Officer of the Jewish Federation Broward County, Florida, Is a rabbi and Jewish educator whose work has impacted Jewish learners, community leaders and professionals across North America. All blog posts are his personal opinions and are not meant to reflect viewpoints of the Jewish Federation.
Related Topics
Related Posts
Comments