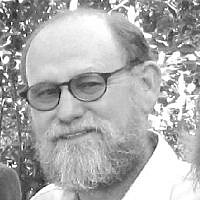 The Blogs
Ben Levitas
Apply for a Blog
Advertisement
Please note that the posts on The Blogs are contributed by third parties. The opinions, facts and any media content in them are presented solely by the authors, and neither The Times of Israel nor its partners assume any responsibility for them. Please contact us in case of abuse. In case of abuse,
Report this post.

The American Defense Secretary, Chuck Hagel, seems to have been given a wake up call by The Islamic State (IS) or The Islamic State of Iraq and the Levant (ISIL) or The Caliphate, as it wants to be known. Clearly he has been in a deep slumber not to have noticed that IS is no different to the numerous Jihadist groups now sowing death and destruction over wide tracts of North and Central Africa, the Middle East, South and Southeast Asia.

Is it truly “beyond anything that we’ve seen’? Does it pose a greater terrorism threat than Al Qaeda, as claimed by the Defense Secretary on Friday, the 22nd August?

“ISIL is as sophisticated and well-funded as any group that we have seen,” Hagel said in a news conference one day after President Barack Obama lashed out at the militant Islamic group.

“They’re beyond just a terrorist group,” Hagel said. “They marry ideology, sophistication of strategic and tactical military prowess, they are tremendously well-funded. This is beyond anything that we’ve seen. So we must prepare for everything. And the only way you do that is take a cold, steely, hard look at it and get ready.”

If Hagel had not been as prepossessed by Al Qaeda, he would have noticed that all the traits that he ascribes to ISIL exist amongst many nascent organizations, and he would have woken from his sleepwalking a lot earlier. While he and President Obama, have been disengaging from the world, a myriad groups bearing the ISIL signature have been gaining pace. While US policy has vacillated, failing to support allies or potential allies in Syria, even when ‘red Lines’ were crossed with the use of chemical weapons, not once, but repeated times, extremists have taken note and gained courage to step into the breaches. While America, wavered to support and supply arms to allies, like General Sisi in Egypt, who took an unequivocally strong stand against the destructive forces of Islamic fundamentalism, he had to turn to Russia for arms to wage his battles.

Had Hagel been awake he would have noticed that Hamas, complies with all the traits that concern him about ISIL. Hamas is a sophisticated terrorist group. It has adopted training methods from Iran. Iran has Hizbollah have also supplied technical assistance in designing tunnels. It controls every facet of life in Gaza. It demands complete loyalty and the public execution of 18 so-called traitors this week, is merely the latest in a continuing history of such callous and barbaric acts. Children are forced to dig tunnels and metalworkers are conscripted by force to make rockets. Hamas controls all the trade through the tunnels and the taxes collected provide a steady income into its fiscus. Hamas has an ideology which it has ‘married’ to Islamic religious sources and its Charter quotes liberally from the Quran. It is dedicated to ethnically cleansing the land of Israel of Jews and is specifically committed to the genocide of Jews everywhere.

Despite Hamas being considered a terrorist organization, according to Forbes “international aid organizations and many countries kept on sending money to Gaza, purportedly for humanitarian aid. The United Nations Relief and Works Agency, the U.N. agency for Palestinian refugees, raises money for Gaza through its Web site, with payments going through WorldPay (part of the Royal Bank of Scotland Group ), the Arab Bank PLC in Gaza and HSBC in Amman, Jordan. Those funds come in addition to UNRWA’s annual budget of $400 million.

The $7 billion to $10 billion that the Palestinian Authority has received since 1993 has come from the European Union, the U.N., the U.S., Saudi Arabia and other Arab League countries. France alone has sent more than $3 billion. This influx of cash has done little to advance the development of a viable Palestinian state or of peace in the region. Rather, it has helped to fuel the Palestinian leadership’s terrorist agenda, and kept the Palestinian people oppressed and disenfranchised.”

Hamas is committed to fighting Israel until the latter is destroyed. It sees this as a divine mission. It is a nihilistic ideology, because any cost endured by the Palestinian people, is irrelevant. It prevents civilians from vacating buildings which Israel has warned it has earmarked for attack-it cynically sends them back onto the roofs. It fires its missiles from schools, mosques and private dwellings. It inverts the truth to create its own mythology and narrative. It justifies arming itself as resisting the occupier, whereas the so-called ‘occupier’ has no interest in war with the Palestinian people and has vacated every last centimeter of Gaza land. It justifies the tunnels as a means of obtaining food and medicine, whereas all of these are supplied continuously through official crossings by Israel. It overlooks completely the aggressive intent of the tunnels that burrow well into Israeli territory, with the sole intent of killing and kidnapping Israeli civilians. It deliberately fires missiles and mortars into Israel with the intent of killing as many civilians as possible. Mashaal latest lie, is to ask for more sophisticated missiles, so that they can be targeted more accurately to avoid civilians. Unfortunately there will be a willing audience to believe him.

Despite Hagel’s alarm, the best that he and Joint Chiefs Chairman Gen. Martin Dempsey could proffer, was that the U.S. role in eliminating ISIL will remain limited to air attacks and that unless they expanded operations to Syria, their efforts were likely to be pointless. A more appropriate solution was posited by. Sens. John McCain (R-Ariz.) and Lindsey Graham (R-S.C.) who encouraged Obama to go after ISIL in Syria as well as Iraq.

“We must get beyond half-measures, tactical responses, and defensive actions,” the senators said in a statement. “We need to develop a comprehensive strategy — political, economic, and military — to go on the offensive against ISIS, both in Iraq and Syria.”

With Jihadis joining from Western countries in large numbers, the West’s vaunted secular and human rights lifestyle will come under increasing attack. If the Western military leaders, continue to remain largely powerless and directionless in confronting these dark and barbaric forces, they may just wake up too late!

About the Author
Ben Levitas is a former Chairman of the South African Zionist Federation.
Comments