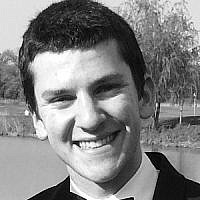 The Blogs
Kevin Medansky
Apply for a Blog
Advertisement
Please note that the posts on The Blogs are contributed by third parties. The opinions, facts and any media content in them are presented solely by the authors, and neither The Times of Israel nor its partners assume any responsibility for them. Please contact us in case of abuse. In case of abuse,
Report this post.

A teenage girl rummages through a jewelry store on Ben Yehuda Street, Jerusalem’s largest tourist marketplace. She grabs a necklace and asks the man hovering behind her, the shopkeeper, in basic, American-influenced Hebrew, “How much does it cost?”

Unsure of its real value, she declines and leaves.

Telling stories, writing essays and fostering discussions can often expand someone’s perception of Israel’s government, culture and more. But, the mere act of tricking tourists can, in moments, reverse any of the successes from the above.

If the “end goal” of Israel advocacy is to positively affect a wide variety of perceptions of Israel, who must contribute? Must Israel advocacy exclusively belong to self-proclaimed “advocates” or do all Israelis have the ability, if not obligation, to respect tourists and advertise to them the merits of the “Holy Land”? Contrarily, how much of their national culture must Israelis give up in order to win international supporters?

Perhaps one necklace won’t destroy anyone’s perception of Israel. Or maybe not. Either way, sometimes, people just need to remember the hidden cost of “half-price”: quarter-pride.

About the Author
A current student at Haverford College, a liberal arts college just northwest of Philadelphia, and a graduate with honors of Glenbrook North High School of the northern suburbs of Chicago, Kevin Medansky has travelled to and lived in Israel, graduated as a Write On for Israel fellow, and published a dissertation detailing the many ingredients of an innovative society, using Israel as a case study.
Comments