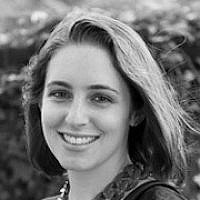 The Blogs
Cara Rock-Singer
Apply for a Blog
Please note that the posts on The Blogs are contributed by third parties. The opinions, facts and any media content in them are presented solely by the authors, and neither The Times of Israel nor its partners assume any responsibility for them. Please contact us in case of abuse. In case of abuse,
Report this post.

Jewish lives and participation cannot simply be counted, and solutions to problems in the Jewish community are not necessarily quantifiable. Quantitative sociological work, which charts changing demographics or Jewish literacy, has provided us with tools to keep people engaged in Jewish life. But as Rabbi Gail Diamond pointed out in her reaction to the recent Pew Survey, surveys flatten human experience  (http://ejewishphilanthropy.com/transcending-demographics/). An emphasis on textual literacy, too, though it works to strengthen connection to Jewish life, has serious limits. Emphasizing access to the Jewish textual tradition, which itself privileges certain voices, can also alienate. We need to craft a vision of Jewish community that can do more than emphasize texts or demographics, a Jewish community which values all of the elements, formal and informal, that go into communal life.

Within the Conservative movement, egalitarianism serves as a key organizing principle by which women are given full access to ritual space and textual resources. My experience studying in Jerusalem at the Conservative Yeshiva, however, has led me to question what we mean by “egalitarianism” when we describe an egalitarian community. The definition that is most functional in the “traditional, egalitarian” space of the Conservative Yeshiva is halachic. It is permissible—and encouraged—for women as well as men to participate fully in ritual and liturgical life. More broadly, we focus on texts, particularly legal texts of halacha. This should come as no surprise: we focus on halacha, as we do on survey data, because laws and measurements are tangible. We can come up with strategies from measured lives and we can open inclusive spaces through the halachic process, helping us move forward while being grounded in the Jewish past.

Through equal access to ritual and equal obligation to mitzvot, we seek to build an egalitarian community. This top-down effort to create space for women in Jewish communities, however, misses something fundamental about what it means to be in community. Let me explain this by way of example. This week I sat in on a poskim class, where we read through several positions on what the appropriate attire for prayer is. The main source we focused on was Rav Ovadia Yosef, famous for his encyclopedic knowledge and for rulings that manage to be strictly rooted in the sources yet lenient so as to meet people where they are. His ruling granted that the blue-collar worker, for example, could come to pray in clean yet modest (in price, and in what they covered up) clothing.

When a woman raised her hand to ask whether the rulings on dress were written for women as well as men, it became clear that the ruling did not meet everyone. Our teacher explained that while it was written with men in mind, it applied to women as well. Women could extrapolate from it. Women were supposed to meet the text where it was. The poskim were not meeting women. This tension lays at the center of the gap between egalitarianism in theory and egalitarianism in practice. Women are supposed to extrapolate from texts for men by men and take on the positive, time-bound mitzvot to be included in the tradition. To be really Jewish, act like men.

Later in the class, our teacher told us of a moment he had erred in his dress decisions for davening. While on vacation, he went to pray in a different community wearing shorts, which was not in line with this community’s norms. He got looks. The eyes of the congregants said that dressing this way was out of line with the principle of kavod latzibor, respect for the community. The female student raised her hand again. This, she explained, was the sort of look she got all the time when wearing a kippah or donning a tallis. Those looks are hard to bear. Those ritual objects, for a woman, can be hard to bare.

That same day I spoke to a female Rabbi from California about her experience at the Women of the Wall’s Twenty-Fifth Anniversary Celebration. While years ago in rabbinical school she had been uncomfortable walking around Jerusalem in a kippah, things felt different now. Inspired by Anat Hoffman’s message that “If they don’t see it, they’ll never know,” this Rabbi began to see it as her mission to let people know that kippot could be hers. She, too, got looks donning her kippah. She also got comments: a few chastisements for acting like a man, but many more questions from places of genuine curiosity. People were learning from her that women could wear a kippah. And if it provoked questions, it was an opportunity to tell people about the meaning she got from wearing her kippah. With her kippah, she acted as a rabbi, a teacher, wherever she went in public space. And her kippot, she told me, were ones “men would never be caught dead in.” They were beautiful and feminine—a development, but not mimicry, of traditional kippot.

The development of egalitarianism cannot merely be about growth in the numbers of female rabbis and learned women who can act as religious authorities and leaders. It is equally a challenge of recognizing the imbalances that our textual traditions bequeaths us –one might call it a mechitzah of daily life rather than of prayer – and struggling with them. Like statistics, the prayer mechitzah is easy to see, but it is by no means the only division that needs to be disassembled to make egalitarian spaces. We need to ask ourselves which mechitzot remain standing in our communities.

As we walked out of class, the few women in the room spoke about the discussion. A male student commented that the class is not just about gender—some weeks, it’s been about things as far removed from gender as cheese. But even if we are talking about cheese, we are still faced with the issue of whose voices we discuss, whose knowledge we value, and whose we do not. These issues are most acute when we start to talk about women’s bodies, but that’s not the only time they are relevant. If we are consumed, in the halachic process, by looking back to then forward, we miss the experience of those around us. These experiences–and the awareness of how different expectations and laws affect members of our communities differently–must be crucial to this process.

I was recently asked what was needed to correct these issues of egalitarianism. When I responded that we needed to have a conversation about egalitarianism and that men needed to speak more about these issues rather than merely leaving them to women, my colleague did not appreciate the power of discussion about egalitarianism. A discussion about egalitarianism is the same as a discussion about gender: it is a discussion of communal values and involves an acknowledgement of imbalances, whether they be in prayer space, access to learning, representation in the textual tradition, or how different contributions to community are valued. Carrying out this kind of conversation requires acts of empathy that reach over divisions, disassemble those barriers that we deem destructive, and shake up the accepted ordering of our communal spaces. However communities choose to envision partnership, it is time we start imagining the intangible, unquantifiable empathic acts that create egalitarianism, however we come to define it.

There has been a lot of discussion recently about egalitarianism in the Conservative Movement. Sara Miriam Liben, for example, observed the flight of her male peers from Conservative to Orthodox minyanim, a shift that women who want full halachic participation cannot make (https://blogs.timesofisrael.com/where-have-all-the-good-conservative-men-gone/). The ability for such men to move to Orthodoxy—and the statement by a male peer of mine that remaining in the Conservative Movement is a huge sacrifice for the sake of egalitarianism—is an act of male privilege. Likewise, studying Jewish texts under the banner of egalitarianism without actively examining and questioning the power imbalances implicit in their production impedes the creation of a truly egalitarian space to study these texts. Gender, sexuality, economic disparities and political repression affect the very act of textual interpretation, and we cannot leave the questioning of imbalance to those who find themselves on the margins, of the texts or of the community. Including those who are marginalized is not merely a service to them but an essential ethical obligation that enriches communal life.

Why is such a textual consciousness non-negotiable? For the same reason that the past few years have seen a move toward more “ethical” kashrut through groups such as Hazon (http://www.hazon.org/resource/kosher-sustainable-meat/) or Tav HaYosher (http://www.utzedek.org/tavhayosher.html). Neither an ethical piece of meat nor an egalitarian communal space can be created by replicating ritual prescriptions, however faithfully. Rather, it can only be the product of a melding between close attention to the textual tradition and awareness of the ways in which we must bridge between this tradition and the new ethical challenges raised by our circumstances. Like the female Rabbi’s beautiful, feminine kippot, new forms of textual interpretation can open our eyes to new meaning within our tradition. The time has arrived for everyone, men and women alike to work empathically and critically within this tradition.

About the Author
Cara Rock-Singer is a PhD Candidate in the Religion Department at Columbia University in New York City. She is spending the year in Jerusalem doing dissertation research and studying at The Conservative Yeshiva in Jerusalem.
Related Topics
Related Posts
Comments