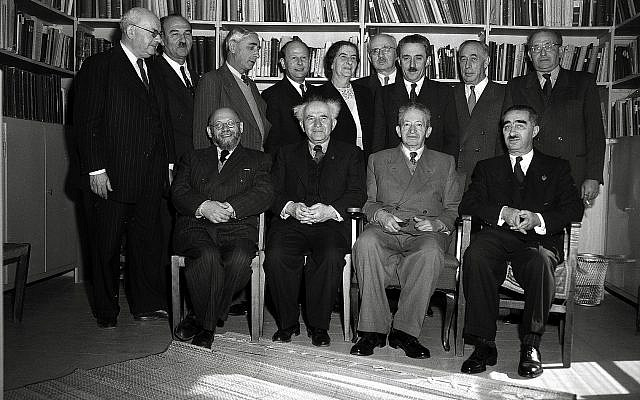 When I started writing this column, we were in a weird place – that strange no-man’s (well, woman’s) land between the opportunity to form a government and the call for the next round of elections. It appears that an agreement has been made, even as it’s clear, at least to me, that both Netanyahu has to go, the people are being very clear, and that he doesn’t want to leave the protection that he feels he has in office in addition to the power he wields.

And it seems pretty clear that Gantz is showing himself to be quite ineffective as a leader, as well. But what of the other 118 elected members of Knesset? They were all elected and given a mandate to lead. This is where I find the system we have in place here – the election of lists – to be horribly disastrous. The obligation to follow the party line ensures that individuals check their individuality, mostly, at the door and fall in line. While that might be a good idea when it comes to important votes on legislation or efforts to come together to make necessary decisions, it seems to me that at this point in the political process it renders many of these elected officials lame. They are all waiting for their individual party leaders to, well, lead the way. And they have given both Netanyahu and Gantz all the time in the world to come to an agreement instead of stepping forward and calling for better leadership.

What might it look like if someone rose up from the ranks and built a cabinet proposal of leaders based on qualifications that were pertinent to the roles and not just handed out appointments like foil wrapped treats that are delightful for just a moment’s time and then you regret them?

If I were a member of Knesset, or had the ear of someone there, here is what I would suggest as a way to lead this country forward. The amazing opportunity, that nearly no leader ever takes, is to bring in qualified and respected leaders who are not members of Knesset to fill cabinet level roles. Perhaps the time has come to think outside the Knesset box.

Minister of the Interior: Dov Hanin
Minister of Health: Dr Lisa Rubin (a dear friend and esteemed veteran of the MoH)
Minister of Finance and Economy: Professor Dan Ben-David (razor focused on what Israel needs and articulates it brilliantly – check out the Shoresh Institute he runs)
Foreign Minister: Lucy Aharish (she’s exquisitely well spoken in three (Hebrew, English, Arabic) languages, driven by a well-pointed moral compass while being both dedicated to the State and critical at the same time)
Minister of Justice: Ayman Odeh (wouldn’t that be a remarkable statement of our commitment to the Justice system?)
Minister of Education: Ram Cohen (how novel to have an educator lead this ministry!)
Minister for Environmental Protection: Yael Cohen Paran (her environmental credentials are impeccable, not something true of previous ministers)
Minister for Religious and Diaspora Affairs: Professor Noah Efron (just listen to his podcast and you’ll get a clear sense of his diverse religious background, making him suitable to this role)
Minister for Social Equality: Merav Michaeli
Minister for Immigration and Absorption: Penina Tamanu
Minister for Housing, Welfare, and Social Services: Aida Touma-Sliman
Defense Minister: Lt. Colonel Oshrat Bachar or Maj. Dana Ben-Ezra
Minister of Culture and Sport: Mika Danny (look her up)
Minister of Transportation and Communication: Tamar Kinan (look her up, too)

The fact of the matter is – we don’t need so many ministers. It’s a great excuse to give out goodies to entice cooperation in the coalition. But it comes at great expense to the government, which is fundamentally an expense shouldered by the public, and now is not a time to have a bloated cabinet. We need to be more honest with ourselves and choose those who are actually suited to the roles and what roles we really need to have filled. And we really need to be honest with ourselves and select leadership that fully represents the Israeli public.

For an interesting thought exercise in this time where so many of us our enjoying the limited company of our families at best, who would you choose?