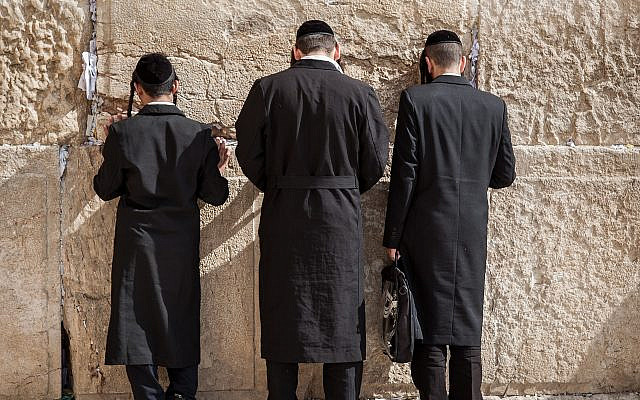 After the dramatic scene of the Egyptians being drowned in the Yam Suf, the Torah tells us, “Bnei Yisrael saw what the mighty hand that God had done in Egypt, וַיַּאֲמִינוּ בַּה’ וּבְמֹשֶׁה עַבְדּוֹ – and they believed in God and in Moshe, his servant.” (Exodus 14:31). The key word here is וַיַּאֲמִינוּ, “and they believed.” But what does this mean? Does it mean that now they believed that God exists? Did they not know this already after the 10 plagues?

What is clear here is that the word “emunah” does not mean “to believe that,” being able to assert that a statement — such as God exists, or God is all-powerful — is factually true. That idea of belief is medieval and Maimonidean. In the Torah, however, emunah means to believe in — to have faith. “They believed in God.” They put their trust in God.

Until now, the miracles had shown God’s might. But they did not translate into a relationship between the people and God. They did not translate into faith. The drowning of the Egyptians, however, was an act of salvation. God had saved them, and Moshe had been the instrument of their salvation. They now knew that God — and Moshe — had protected and saved them, and would do so in the future. They had faith in God.

The stories immediately following, however, belie this assertion. Time and again they complain to Moshe; they do not believe that God is there for them. The water is bitter — they complain. They have no food — they complain. There’s no water — Moshe comes with the staff. And they’re not just saying we need the food. They’re not saying, “Please, we need food. Ask God to bring it to us.” No. They are asking “why did God take us out of Egypt?” There it was safe. Here they are in danger, in thirst and in hunger, and where — they ask — is God? Their faith in God and their faith in Moshe has all evaporated in the blink of an eye.

Why? Because faith is not something that once achieved continues on its own momentum. Faith is trust, and trust must be cultivated, sustained and reinforced.

The Hebrew word emunah is the same as the word of omein (אומן), to raise and nurture, and the word omanet (אומנת), a nurse-maid. To omein is to nurture growth, to hold and protect someone. Moredechai was “אֹמֵן אֶת־הֲדַסָּה – he raised Hadassah.” (Esther 2:7). There is a play on words here. Hadassah is another name for Esther, but it also means a myrtle, a plant. Mordecai watered this plant, he raised Esther and nurtured her growth. That is what emunah is — to be held, protected and raised by another, and that emunah itself must be watered and cultivated.

This nurturing of emunah takes place in the middle and last story of our parsha. When God brings the manna, God does not just answer the people’s need for food. God tells the people: Every day you need to trust that I will bring down the manna. You can’t hoard it. You can’t hold on to it and store it up. You must trust that it will be there tomorrow.

When there is food in our pantry we feel secure. When Boris Yeltsin visited America in 1989, the most impactful part of his trip was when he stopped by a supermarket. He was awed not only by the quantity and variety of foods available, but by the food security that Americans had just knowing that so much food is readily available to them. To live without food at home and without supermarkets — or food delivery! — is to either live in anxiety and uncertainty, or to live with faith that God will provide.

Having such faith does not come easily; it requires work. And so many were not ready for this faith – they went out and collected more than their daily allotment. By bringing down the manna and demanding the people to gather no more than a day’s worth at a time, God was not only testing their faith, God was cultivating it. Day by day, week by week, month by month, the people slowly learned to have faith and trust in God.

The war with Amalek tells the same story. When Moshe would raise his hands, Bnei Yisrael were victorious. Was this magic, the Rabbis ask. “וְכִי יָדָיו שֶׁל משֶׁה עוֹשׂוֹת מִלְחָמָה – Did the hands of Moshe really win the war?” (Rosh Hashana 3:8). No!, they say. Rather, when Bnei Yisrael looked upward at Moses’ hands, they looked up towards God with hope and trust. God responded to this faith accordingly, and they were victorious. Notably, the verse here again uses the word emunah: ויהי ידיו אמונה עד בא השמש, “And his hands were faithful until the sun set” (Ex. 17:12). The faithfulness of his hands, their remaining loyal and steadfast, were the instrument through which the Children of Israel were able to put their faith in God.

The Mishnah gives an answer. The story of the people looking up to God through gazing at Moses’ raised hands, teaches us that when doing a mitzvah, we must not do it by rote. Our performance cannot just be to do what we are obligated to do. We must bring intent to our act. We must look up to God and use the mitzvah to cultivate our relationship with God. 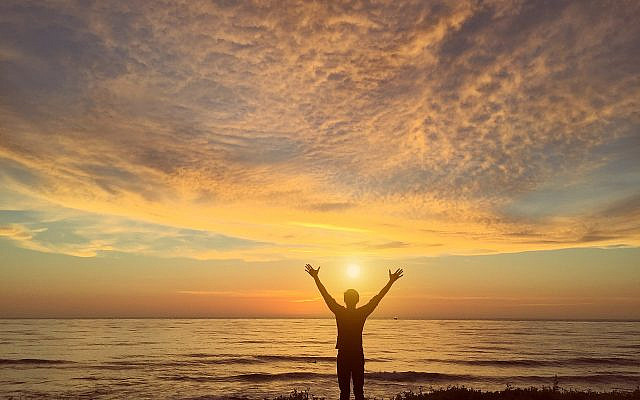 For the Rabbis, this is what is behind the institution of making a beracha before eating or doing a mitzvah. On a day-to-day basis, if we focus on the meaning of the beracha, we can feel that sense of what God has done for us personally. God has made the fruit of the tree, and I am benefiting from that gift. God allows me to wake up in the morning, to experience the gifts of rising from bed, to experience the morning. I thank God for giving me my very life: Moden ani li’fanekha.

Regularly, however, we turn our opportunities for these multiple daily recognitions of God into mere ritual. We say: “Okay, check, check, check. I’ve done what the Mishnah Berura says.” And then we ask, “Where’s the religiosity in our observance? Where’s our relationship with God?” The answer is: they are the mitzvot, but mitzvot are only what you bring to them. If you bring to them a connection with and reflection on God, they will bring God into your world. They will be a source of expressing and cultivating faith.

Our lives need to be lived as religious ones, ones imbued with emunah. The Rabbis have given us a way to do this, to move from observance to emunah. We look upward to Moshe’s hands. We think about God when we’re doing the mitzvot. That won’t work for all of us. For some of us the answer might be learning Tanakh, or contemplating the beauty and awesomeness of nature. But whatever the way, it requires ongoing investment. We must strive to live our lives in the spirit of receiving the manna, of experiencing God’s gifts every day. If we do so, we will be able to believe in God, to have faith and to have trust that we are in God’s hands and that God will always be there for us.