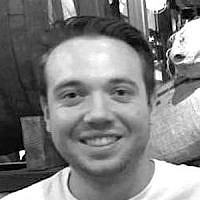 The Blogs
Tom Bailey
Apply for a Blog
Please note that the posts on The Blogs are contributed by third parties. The opinions, facts and any media content in them are presented solely by the authors, and neither The Times of Israel nor its partners assume any responsibility for them. Please contact us in case of abuse. In case of abuse,
Report this post.

Earlier in March, two suicide bombers targeted Shia pilgrims visiting holy shrines in Damascus, the Syrian capital. The coordinated attacks left dozens dead and many more injured. Some members of the Syrian security forces were killed, but the majority killed, and seeming targets of the attacks, were Shia civilians. While it would be easy to see these attacks as just one more slaughter in a long line of atrocities to have taken place in the Syrian Civil War, the nature of the attacks raises questions about the group believed to have carried it out: Tahrir al-Sham.

Tahrir al-Sham is the latest name for al-Qaeda’s branch in Syria. The group, officially, a new coalition of various Syrian rebels, is widely accepted as being the latest incarnation of al-Nusra Front, the group that al-Qaeda founded in Syria in 2012.

In an increasingly sectarian war, the deliberate targeting of Shia worshippers by al-Qaeda, on the surface, wouldn’t necessarily come as a surprise. It is tragically expected – such deliberate killing of Shias by groups holding al-Qaeda-style ideologies are now commonplace, from Afghanistan to Lebanon.

Yet al-Qaeda itself has in the past condemned deliberately targeting Shia civilians. Of course, the group has never been squeamish about murdering civilians, but al-Qaeda’s central command has generally been against the deliberate mass-murder of Shia civilians. Indeed, the rift between al-Qaeda and the Islamic State emerged, in part, over this very issue. Back in 2005, the Islamic State’s precursor, still under the control of Abu Musab al-Zarqawi, was warned by al-Qaeda’s command about its genocidal campaign against Iraq’s Shia population.

Ayman al-Zawahiri, the now leader of al-Qaeda, wrote to Zarqawi: “Muslim admirers amongst the common folk are wondering about your attacks on the Shiites.” Zawahiri continued: “My opinion is that this matter [the mass-killing of Shia civilians] won’t be acceptable to the Muslim population however much you have tried to explain it, and aversion to this will continue.” The terror group was concerned that popular support for their organisation would wane if their then-affiliate continued to slaughter Shia civilians.

Whereas the Islamic State views all Shias as apostates and therefore, in their eyes, deserving of death, al-Qaeda views Shias as being “ignorant” of the supposed correct form of Islam, and therefore not necessarily liable to be killed. “Why kill ordinary Shia, considering they are forgiven because of their ignorance?” Zawahiri wrote in 2005. Zawahiri was fairly unequivocal about not targeting Shia civilians. Shias “who do not participate in the fight against us and their families,” Zawahiri wrote, “should not be targeted in their homes, places of worship, their religious festivals and religious gatherings.”

Therefore, Tahrir al-Sham’s decision to carry out such a cruel attack on Shia pilgrims – precisely the sort of thing al-Qaeda used to berate their former allies in Iraq for doing – raises a number of questions. Tahrir al-Sham maintains that the people they targeted were militia fighters, not civilians. While Syrian security forces were killed in the attack, most reporting seems to confirm that the majority killed were civilian Shia worshippers, not militia members. Perhaps al-Qaeda’s Syrian affiliate acted on misinformation. It’s also possible that the Syrian affiliate is no longer following the rules laid down by al-Qaeda’s central command. It wouldn’t be the first time affiliates of al-Qaeda have defied the orders of their leadership–Zarqawi and his successors in the Islamic State too, were once affiliates.

About the Author
Tom Bailey is a journalist living in London. He writes a weekly column for Spiked Online and is a former staff writer at World Finance, The New Economy and European CEO.
Related Topics
Related Posts
Comments