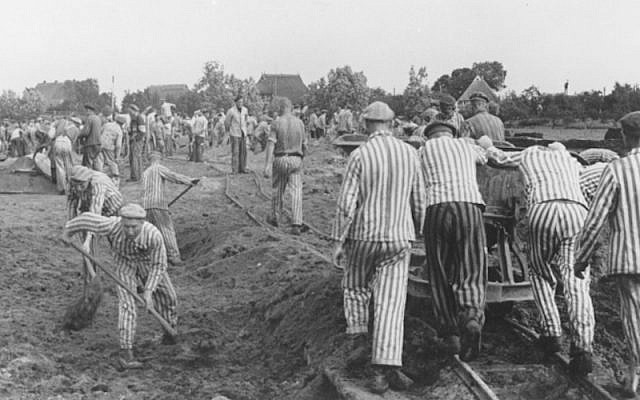 Representative Alexandria Ocasio-Cortez is not the first, and most likely will not be the last, public figure to invoke the Holocaust to drive home a political point – in this case, her vociferous opposition to the internment of illegal immigrants to the United States. As worthy of attention that this subject may be, it is important to recognize that the Holocaust is not necessarily an appropriate reference point for all human suffering. In fact, the frequent misuse of the Holocaust in public discourse diminishes and trivializes it, and ultimately thwarts attempts to grasp actual issues and find solutions.

In some ways, attempts to manipulate the Holocaust are to be expected, since for quite a while now it has become the yardstick by which many people measure evil. As recent surveys have shown, however, much of the awareness of the Holocaust is extremely shallow, which feeds abuse of Shoah memory.

In the case of Rep. Ocasio-Cortez, she declared that immigrants taken into custody for seeking to enter the United States illegally are being put into concentration camps. Her use of concentration camps which she tied to the phrase “never again” was seems to indicate that she was referring to Nazi concentration camps during the Holocaust, and not the early version of such camps established by Imperial Germany in its Namibia colony at the turn of the 20th century.

The term “concentration camps” has become a commonly used term for an array of Nazi camps all characterized by profound inhumanity and suffering. Even Auschwitz-Birkenau – the most infamous of the Nazi camps where more than one million people were murdered– was officially termed a Konzentrationslager (Concentration camp) in German.

The Nazi’s first concentration camps were set up almost immediately upon their accession to power in 1933, under the SS. The brutal regime of the first camps became standardized under the infamous Commandant of Dachau, Theodore Eicke. The initial goal was not to kill prisoners. Nevertheless, the camps soon became increasingly lethal. Jews began to be sent to concentration camps in significant numbers in the second half of 1938, especially during the Kristallnacht pogrom. The goal of this mass arrest was to terrorize Jews into leaving Germany, which was consistent with Nazi anti-Jewish policies at the time.

From the start, camp prisoners performed forced labor – at first as abuse, but later with the idea that the SS could profit from their toil. A great dissonance existed between exploiting inmate labor for profit and the extremely harsh treatment, which undermined their productivity. Almost, always, Nazi brutality trumped utility. The system of labor/concentration camps expanded greatly during the war, taking in prisoners of many groups, but most prominently Jews.

Soon after the Nazis began perpetrating systematic mass murder in their anti-Jewish crusade, they established specific camps to murder Jews in an industrialized way, the extermination camps. Extermination camps supplemented and later, essentially supplanted the already ongoing mass shootings of Jews. Now, Jews who had been placed in ghettos or sent to them from Greater Germany were deported primarily to the extermination camps. In Western Europe, where there were no formal ghettos, the Nazis created transit camps for Jews to serve as intermediary points on their road to annihilation. Some of the transit camps were new iterations of detention camps set up by the Nazi’s partners much earlier for Jewish, and sometime other, refugees who had reached their countries.

Jews who were sent to labor camps, and were not worked to death in them, generally underwent a periodic selection where those deemed too weak to work were sent to extermination camps. Although it was a tenuous lifeline, labor sometimes constituted one of the few means for Jews to remain alive.

The Nazi concentration camps were many things, but they were not detention or internment camps in a classic sense. They were not the same as the internment camps set up for Japanese Americans in World War II (as abysmal as they were for the inmates), and neither were they the same as the Gulag camps under Stalin. The Gulag did not lack for brutality and death, but its ultimate goal, was not to murder inmates but to exploit their labor. The clearest evidence of this is that Gulag inmates who produced more were fed better, a norm totally absent from Nazi camps.

Fair, informed references to the Holocaust require more than a superficial acquaintance with it; they require knowledge. One can only hope that public figures who seek comment on contemporary issues by invoking the Holocaust will learn to do so thoughtfully and carefully. This is not only for the sake of the survivors and the memory of the victims, but because critical thinking grounded in knowledge is crucial in any attempt to genuinely address the problems we face in our complex world.

Dr. Robert Rozett is Senior Historian at the Yad Vashem International Institute for Holocaust Research. He is the author of Conscripted Slaves: Hungarian Jewish Forced Laborers on the Eastern Front (Yad Vashem, 2013), and co-editor with Dr. Iael Nidam Orvieto of After So Much Pain and Anguish: First Letters after Liberation (Yad Vashem, 2016).

About the Author
Dr. Robert Rozett is Senior Historian in the International Institute for Holocaust Research a Yad Vashem, is the author of Conscripted Slaves: Hungarian Jewish Forced Laborers on the Eastern Front (Yad Vashem, 2013), and co-editor with Dr. Iael Nidam Orvieto of After So Much Pain and Anguish: First Letters after Liberation (Yad Vashem, 2016).
Comments