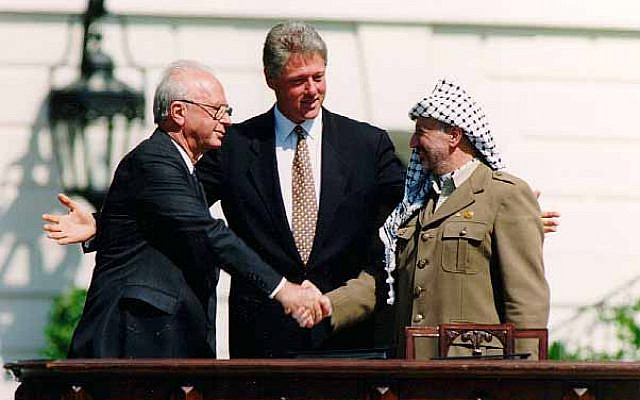 There is no diplomatic process with the Palestinians, nor will there be.

This unfortunate statement– which was given to the media by a source close to Prime Minister Naftali Bennett was unnecessary and unfortunate.  It was provided last Sunday following Defense Minister Benny Gantz’s meeting with the president of the Palestine Authority, Mr. Mahmoud Abbas, to coordinate security and economic matters between the PA and the state of Israel. Its obtuseness and bluntness reflect the current policy of the government of Israel, a coalition government which by agreement of all the parties, pledges to do nothing about the peace process between the state of Israel and the Palestinian governments in Ramallah and Gaza.

This government, which is a strange mixture of political parties from the right, center and left in Israel, is busy dealing with the covid-19 pandemic, the economy, the education system, the health system and other internal matters. While it is meant to be a centrist government, it is really a center-right one, leaning strongly to the right, especially on matters of foreign policy, which would include any kind of peace process with the Palestinians.

What is the alternative to the Peace Process? Is it the status quo? Or is it worse than this?

In brief, the alternative is the War Process! Almost every day in our media, we are warned about another imminent war against the Hamas-controlled Gaza Strip. What will such a war achieve? Nothing, except more killing and destruction on both sides. More deaths, displacement, trauma, and grief. When it is over, we will be back in the same place, as we have been at the end of all four Gaza wars, since 2014.

Is there something in-between war and peace? Is there any alternative to doing nothing?

Yes, there certainly is. This is why Defense Minister Benny Gantz met with President Mahmoud Abbas. There is an existential need for economic and security cooperation between Israel and the Palestinians, especially in the West Bank. It is vital to help the Palestinian Authority survive. Otherwise, there is a great risk that Hamas will take over in the West Bank. This is why Israel’s Defense Minister met with the leader of the Palestinian people in Ramallah. He and the heads of the Defense establishment understand this well.

In addition, there are other confidence-building measures that could be done, which would be to the mutual benefit of the Israelis and the Palestinians. For one, the IDF, could change its shoot to kill policy in the West Bank. Over 40 Palestinians have been shot and killed, mostly at demonstrations and sometimes in cold blood, in recent months. This is a misguided policy, which only leads to more anger and attempts at revenge, which fuel the cycle of violence in the West Bank.

With regard to Gaza, it is imperative that Israel help out in the reconstruction of Gaza, after much destruction during the 11-day war in May. Instead, we see constant delays in this, which are leading to much frustration and despair among the Palestinians in Gaza, leading them to renew dangerous demonstrations along the border fence. These futile demonstrations, in return, only anger the Israel government, making it harder for an agreement to be reached about the flow of money for the rehabilitation of the Gaza Strip to happen. These mistakenly calculated risks on the part of the extremist Hamas leadership are not wise, and they might, Heaven Forbid, lead to another round of violence, which would be detrimental to their people.

What is the long-term effect of this statement that “there is no diplomatic process with the Palestinians, nor will there be”?

The absence of any diplomatic process in effect means that the military occupation of the Palestinians in the West Bank and the Gaza Strip is permanent. So is creeping annexation, which is de facto annexation of these territories, which have been  in dispute for more than 50 years.  This is a way to do annexation without declaring it.

This policy is ultimately bad for both Israelis and Palestinians. It perpetuates the state of war and leads to ongoing violence. It creates an atmosphere of despair and defeatism, whereby people on both sides mistakenly believe that peace is impossible.

It seems that we will have to outlive this current government to return to the peace process between Israel and the Palestinian Authority. A new generation of leaders will have to arise who understand the benefits of peace for both societies.

It can still happen. Peace processes succeeded in countries like Northern Ireland and South Africa, when for decades no one believed that it was possible.  Surprises even happened in our region–Sadat came to Jerusalem in 1977 and 2 years later there was a peace agreement with Egypt! Yitzhak Rabin shook hands with Arafat on the White House Lawn in September 1993 and signed the first agreement with the Palestinians, against all odds!  Diplomatic surprises have happened in the world and they can happen again here too. We must never give up on the possibility of peace.

In the meantime, instead of ridiculous and rigid statements by our Prime Minister, we need more cooperation between the government of Israel and those of the Palestinians. It is in our mutual interest. And it is the right thing to do. For humanitarian reasons, for moral reasons, for a better future for both peoples.