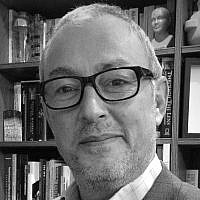 …. Jews stood outside a supermarket in Tower Hamlets handing out leaflets stating “Palestinians were murderers and boycott Gaza, the West Bank and Arab states that support them”?

…. Jewish Facebook groups blamed the death of a Palestinian on their faith, suggesting their practices included using the blood of Christian babies to make the bread to break the fast during Ramadan”?

…. Israeli sympathisers marched on Westminster shouting for the eradication of Palestinian territories of Gaza and the West Bank and proposed sending all of their residents back to Iran, Syria, Lebanon or other Muslim states?

…. Jewish schools taught that killing Muslims was a good thing and handed out sweets every time one such murder occurred?

…. British politicians tweeted that if they lived in Israel they’d probably target and kill civilians in Gaza or the West Bank or that not allowing people to pray is the same as slaughtering those at prayer?

And what if a country’s leaders and their political allies across the world venerated the barbaric murderers of ISIS and encouraged and taught that it was just to eradicate another faith, another race?

Disgusting views.  Yet this week I’ve experienced all of these sentiments and opinions against Jews and Israel. The perpetrators have delivered these without fear of being ostracised, criticised or criminalised. If you’re in Britain all of these things meet with wide and hysterical approval if it’s targeted at Jews and Israel and disgust or at least disapproval if employed against other nations or faiths.

In the dark shadow of the events in Jerusalem this week, I corresponded with David Ward (MP for Bradford in Yorkshire) and Baroness Warsi (who recently resigned from government and was Minister for Faith and Communities) to ask some of these questions.

I wanted to know from David Ward why he said “If I lived in Gaza I’d launch rockets at Israel”. I asked whether using rockets or meat cleavers makes a difference. I wanted to know why he blamed Israel for the murders in Jerusalem as he suggested that Israel was the reason for the actions of these murderers. I said that surely no human being can act like this out of nature, it is nurture. That nurture is the grooming of men and the incubation of terror before exploding that terror onto the streets. It is education demonising Jews and celebrating murder of rabbis in prayer with sweets. It is the promise of veneration and martyrdom and the tacit approval from Western politicians.

I asked Baroness Warsi why, when she said all lives are equal, she made a moral equivalence between the protests disturbing prayers at the Temple Mount and the murder of four rabbis at prayer. She didn’t have the courtesy to answer (despite several requests) but left it to one of her staff. Her staff member didn’t answer the question but simply repeated how Baroness Warsi deplored the murders, but deplored the situation too.

To both I repeated that blaming Israel for these crimes is like blaming the rape of a woman on the way that she’s dressed. To both I repeated that Jews are facing unprecedented levels of hatred yet people stand idly by. But like many, they are more concerned in maintaining this insincere duplicitous agenda against a tiny nation and tiny minority race.

At the same time I wrote to the British Foreign Office seeking assurance of support for Jews around the globe and asking how the government would respond.  They could only respond with a highly inappropriate automated reply stating “how disturbed they are about the situation in Gaza” and “how much they are doing to help Gaza both financially and aid wise”.  They obviously felt that any situation in the Middle East / Israel results in help being needed to Gaza and Palestinians.  If I was to write to them about quality of the roads in Jerusalem or the price of fuel in Tel Aviv, I would get the same reply.  It is clear what they are thinking.  All of the Middle East’s woes are somehow linked to a “conflict in Gaza” (that’s in Gaza only, not Israel according to the Foreign Office).

Conveniently ignoring the obvious.  Turning the victim into the victimised. Treating the human inhumanely. Praising the persecutor and justifying the persecution. It’s all too familiar. This week, Alan Johnson in the Daily Telegraph, gave the chilling warning “You ain’t seen nothing yet”, but many have seen it all before, and I have already seen enough.