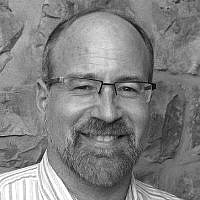 The Blogs
Ken Spiro
Apply for a Blog
Advertisement
Please note that the posts on The Blogs are contributed by third parties. The opinions, facts and any media content in them are presented solely by the authors, and neither The Times of Israel nor its partners assume any responsibility for them. Please contact us in case of abuse. In case of abuse,
Report this post.

From the perspective of the Jewish people, Pope Francis is a rare pope indeed. He eschews much of the formality and pomp of his office while working hard to rejuvenate the Church and reconcile it with modernity and other faiths. Indeed, it could be argued that he will bring about the greatest shift in the Church’s attitude towards Judaism in two thousand years.

Since the Church of Saint Peter was established nearly two thousand years ago, only three popes out of 266 have been brave enough to make significant changes in the relationship between the world’s largest faith, Christianity, and one of its smallest, Judaism.

It would be a huge understatement to say that historically Catholic-Jewish relations haven’t been very good. It would probably be more accurate to say that the Church is directly or indirectly responsible for much of the horrendous anti-Semitism suffered by European Jewry over the last two millennia.

From the perspective of the Church, the Jews rejected Jesus as the messiah and were instrumental in his death. As punishment for their sins, God rejected the Jews, destroyed their Temple and caused them to wander the earth until the second coming of Jesus. It was divine retribution, the wrath of God. 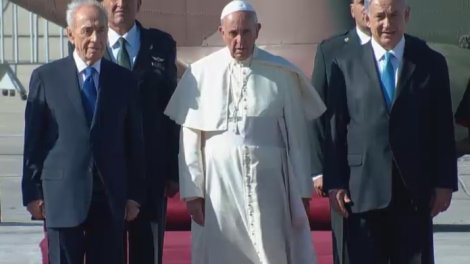 These unpardonable sins were at the root of the tremendous hostility and suspicion towards Jews embedded in the collective consciousness of the church. Church-driven anti-Semitism led to open violence against Jews, which manifested in the first Crusade, and constant persecution, punitive taxation, humiliation, ghettoization, expulsions and mass murder.

It took decades for the church to take major steps towards re-evaluating its attitude to Judaism and the Jewish people.

Forgiveness: Two thousand years after its establishment, the Church was finally able to forgive the Jews for something they never did in the first place. In 1965, the Church published a document known as Vatican II, which makes three radical statements: Only a few Jews were involved in the plot to kill Jesus, no Jew alive today can be held responsible for Jesus’s death, and the Jews are not rejected by God.

Acceptance: Out of the ashes of Auschwitz, Israel was rebuilt. If God allowed the Jewish people to return to Israel and re-unified Jerusalem, then maybe He hadn’t rejected them after all.  In 2000, Pope John Paul II established diplomatic relations with Israel, visited the country and even prayed at the Western Wall.

Reconciliation and legitimization: Based on Pope Francis’ past statements, it could be argued that he will bring about the greatest shift in Catholic-Jewish relations since the Church’s establishment.

“We hold the Jewish people in special regard because their covenant with God was never revoked… With them we believe in one God who acts in history and with them we accept his revealed word.” – Pope Francis, Evangelli Gaudium 2013

The notion that the Jewish people’s covenant with God remains intact is truly a radical break with classic Catholic theology.

This new perspective will hopefully lead to a significant re-evaluation and improvement of the relationship between the Catholicism and Judaism, Catholics and Jews, and the Vatican and the State of Israel.

About the Author
Ken Spiro is the host of Jerusalem U’s acclaimed Israel education series, “The Israel Course,” a custom designed curriculum for Christians who want to connect more deeply to the Jewish state. He has published two highly acclaimed books, "World Perfect: The Jewish Impact on Civilization" and "Crash Course in Jewish History." Ken received his BA from Vassar College and an MA in History from The Vermont College of Norwich University. He is an ordained Rabbi and licensed tour guide from the Israel Ministry of Tourism. Born and raised in the U.S. Rabbi Spiro has lived in Israel since 1982. He served in a combat infantry unit in the IDF and currently lives in Givat Zeev with his wife and five children.
Comments