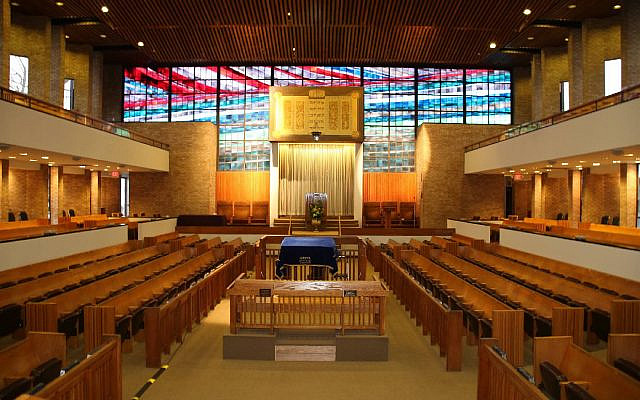 I’ve been thinking a lot about “Rosie” lately.

Rosie was the nickname for Roosevelt Preston, who served for four decades as the janitor at Congregation Agudath Sholom in Stamford (one of the two shuls to which we belong).

Rosie loved the shul – and treated it as his second home.

Before Shabbat and Yom Tov (and especially during the Yamim Noraim) he would meticulously prepare  the sanctuary and beit midrash so it was ready for congregants to daven.

If you were making a simcha, you knew you were in good hands with Rosie working behind the scenes (but no one dared tell the caterer or party planner to use confetti – Rosie warned everyone not to decorate the tables with confetti because it stuck to the hardwood floors).

He made sure the youngsters were properly supervised at groups – and if anything got out of hand with the kids, he would not hesitate to scold them and remind them that they were at a synagogue, not a playground.

When he retired, the shul honored Rosie at its annual dinner … and it drew the largest attendance of any dinner in the shul’s history.

After he passed away, the shul commissioned a beautiful tapestry in his memory, which hangs inside the sanctuary that he cherished.

I’ve been thinking about Rosie because I wonder how he would be feeling about the current state of affairs at our shul.

This past September, Congregation Agudath Sholom completed a multi-million-dollar capital campaign to refurbish the building.  A gorgeous lobby welcomes congregants as they enter the shul.  The chapel and sanctuary have both been freshened up.  The social hall and kitchen have been totally redone.  There are many more rooms for youth groups and classes.  It’s a magnificent edifice, thoughtfully designed for the growing number of families that are moving to the Stamford community and worthy of much praise.

I’m sure if he were around, Rosie would have been very proud of the new shul building, and taken great love and care for his second home.

Ultimately, though, it is not how a shul looks, but how it functions.  And frankly I’m worried about the fact that there are significantly fewer families attending the shul today than before the pandemic.

This is not a unique problem to our community.  I understand that shuls across the nation are facing this exact same challenge.  Forced to pray at home a couple of years ago, many of us have now become comfortable davening in our living rooms – even though our shuls are open for business and encouraging congregants to attend (albeit with masks and social distancing).   I think this phenomenon crosses all demographic age groups, but my gut feel tells me that a higher percentage of those under 50 years old are choosing to stay at home than those who are over 50 years old.

Please understand that this is not a criticism of the backyard minyanim, which served an extremely important purpose during the early days of the pandemic, or the Friday night minyanim at neighborhood homes, which often attract an incremental group of individuals who generally don’t attend minyan on Friday night.  Even the smaller Shabbat morning minyanim held at people’s homes that have recently cropped up fill a need, as the attendees are simply looking for a different kind of Shabbat davening experience and are often active in the shul’s daily minyan and support the shul in other ways.

However, I am concerned about a growing segment of the Orthodox population who feel that attending shul – and taking out shul membership – is not a requirement for living a full Orthodox life and being part of the frum community.

How to solve this problem?  Frankly, I don’t have any magic answers.  And I’m glad I’m not a rabbi, shul president, or executive director faced with this difficult challenge.

But if I can offer one solution, it is to think back at what our shuls have provided us over our lifetime, in addition to being a place to daven – and appreciate how important they have been to our growth and development.

If we have lost a loved one in the past, our shuls have provided us with a daily minyan and a place to recite kaddish during the mourning period.

Chances are that we have held a brit for our sons at shul – and welcomed them into the Covenant of Abraham at this location.

We have all benefited from attending youth groups and activities at our shuls, and have had the luxury of having these groups at shul for our own children.  Many of us have attended a teen minyan at shul, and learned to lead the services or develop the skills to lein the torah regularly.

And our shuls have been the place where we have gathered together in prayer and supplication after a terrorist attack in Israel or here in America.

In short, our local shuls have been a second home to us, just as Rosie felt it was to him.

It will take time, but I’m confident that once people realize the ancillary benefits of being a member of a shul, they will gravitate back to attending Shabbat minyanim.  And I hope those who feel they don’t need to be a member of a shul will reconsider their decision, in light of all the benefits our shuls afford.

Let’s fully appreciate what our shuls have provided for us in the past – so in the future we can fill the pews of our shuls once again to pre-pandemic levels.

Rosie wouldn’t have wanted it any other way.

About the Author
Michael Feldstein, who lives in Stamford, CT, is the founder and owner of MGF Marketing, a direct marketing consulting firm. His articles and letters have appeared in The Jewish Link, The Jewish Week, The Forward, and The Jewish Press. He can be reached at michaelgfeldstein@gmail.com
Comments