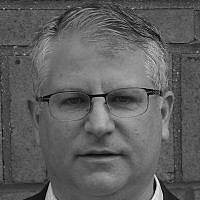 The Blogs
Joshua D. Zimmerman
Apply for a Blog
Please note that the posts on The Blogs are contributed by third parties. The opinions, facts and any media content in them are presented solely by the authors, and neither The Times of Israel nor its partners assume any responsibility for them. Please contact us in case of abuse. In case of abuse,
Report this post. 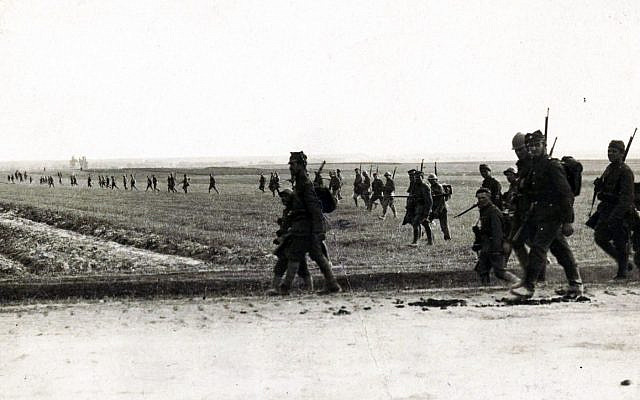 One-hundred years ago, on August 16, 1920, the Soviet Army reached the outskirts of Warsaw. The Bolshevik commander on the ground, Gen. Mikhail Tukhachevsky, enthusiastically cabled the commander-in-chief of the Red Army – Leon Trotsky — with frightening words. Warsaw, he wrote, was merely a bridge. After the collapse of Poland, the Red Army would march through Berlin, Paris, and even London to incite world revolution and create a European Union of Soviet Socialist Republics under Moscow.

The fate not only of Europe, but of Europe’s largest Jewish center — Warsaw — hung in the balance. For Warsaw’s 310,000-strong Jewish community was second in numbers only to New York in 1920. In the Polish capital, foreign embassy staff hurriedly evacuated their posts, and Warsaw residents began fleeing the capital in panic. Joseph Pilsudski, Poland’s head of state and commander-in-chief, emerged from isolation with an eerily calm, confident demeanor, presenting his generals with a plan that came to be known as the Battle of Warsaw.

At the moment Soviet forces set foot on the bridge over the Vistula River connecting Warsaw’s east bank to its city center, Pilsudski ordered a massive counter-offensive. As Poland’s elite First Army defended Warsaw, Polish forces simultaneously attacked the Red Army from the rear, the north and the south.

The Russian advance was not only halted but dramatically reversed. Within two days the Red Army had been repelled 25 miles eastward and some 30,000 Russian POWs were now in Polish hands. As the Bolshevik retreat intensified, Pilsudski was hailed as the savior not only of Europe, but of the Western world from a Communist takeover. Piłsudski, in hot pursuit of the retreating Red Army, continued his advance, until agreeing to an armistice in October 1920, under intense pressure from France, Britain, and the United States. Ukraine and Belarus were divided between Poland and Bolshevik Russia.

The significance of the Polish victory for the fate of Europe and the world is not in dispute. But for Polish Jews, there was a dark side to this story of the Battle of Warsaw. On the day Piłsudski ordered the counter-offensive from his post 70 miles south of Warsaw — August 16, 1920 — the country’s minister of war in Warsaw, Gen. Kazimierz Sosnkowski, ordered the internment of Jewish soldiers, officers, and volunteers of the Polish Army at a camp in Jabłonna, 14 miles north of the capital. The order made reference to “the continuous increase in cases testifying to the harmful activities of the Jewish element” attesting to alleged pro-Bolshevik sympathies. Some Poles protested, including the country’s deputy prime minister, Ignacy Daszyński, who called the order shameful and demanded the Jewish inmates’ immediate release and return to active duty.

Jewish members of the Polish parliament expressed outrage, writing to Gen. Sosnkowski on August 19, 1920, that “such orders instill the conviction that Jews are enemies of the state….” The Jewish camp inmates who counted around 3,000 by the end of August, were not accused of any crime. Nonetheless, they appeared to have the status of prisoners. A Polish journalist who visited four Jewish soldiers from the Jabłonna camp at a Warsaw hospital for medical treatment unrelated to the internment reported, on August 30, 1920, that “they are being treated as prisoners.” (“Zagadka Jabłonny,” Naród [Warsaw], September 1, 1920, p. 4)

When Gen. Sosnkowski ordered the release of all Jewish soldiers at Jabłonna on September 9, 1920 – 23 days after their confinement — an estimated 17,680 inmates emerged. No deaths or injuries were reported. Apolinary Hartglas, a Jewish deputy in the Polish parliament and member of the Jewish Parliamentary Club, visited the Jabłonna camp on two occasions. Harglas came away with the following impressions, written in 1950 in Tel Aviv: “Visiting the [Jabłonna] camp was allowed. I traveled there on a few occasions to speak with the inmates. Speaking honestly, the inmates were perfectly fine. They were well fed, they walked freely in the camp, there was no discipline whatsoever and there were hardly any exercises. One got the impression that it was more a camp for leisure.” The fact of their interment, however, “strengthened the Jews’ lack of trust in the promise of equal rights for all citizens of the state.” (Apolinary Harglas, Na pograniczu dwóch światów ed. Jolanta Żyndyl [Warsaw: Oficyna Wydawnicza, 1996], 210) Two photographs preserved in the YIVO Archives, one taken of Jewish soldiers during internment and one taken immediately after their release, show healthy, well-fed, uniformed soldiers, confirming Harglas’s view. Unpublished eyewitness accounts preserved in Polish archives do allege families were denied visitation rights, and that some inmates were insufficiently fed. None, however, alleges bodily harm.

At a parliamentary session held on October 29, 1920, the Zionist deputy, Yitzhak Gruenbaum, turned to Gen. Sosnkowski and demanded an explanation. “Jabłonna was ordered,” Sosnkowski replied, “at a time when the enemy was at the gates of our capital, when Praga [east bank Warsaw] was aflame.” Sosnkowski unapologetically continued that reports of Polish Jewish soldiers laying down their arms and joining the Bolsheviks forced his hands. The parliamentary minutes show that Gruenbaum interjected, asking Gen. Sosnkowski to provide the name of a single Jewish soldier who was reported to have committed such an act of treason. The minister of war was silent, unable to recall any specific case.

The recollections of the late Józef Lichten, a 14-year-old Jewish student in Warsaw in 1920, is evidence of the Jabłonna affair’s psychological impact in the early history of the Second Polish Republic. “Jabłonna was the first realization in my early youth,” Lichten remarked, 61 years later, “that Jews were treated as ‘others,’ perhaps even as ‘foreigners,’ at a time when we thought of ourselves as an integral part of Poland and its society. So when I speak or write about this matter, I am deeply saddened by my youthful dreams that were dashed.” (Józef Lichten, “Żydzi w Polsce Dwudziestolecia,” Zeszyty Historyczne 57 (1981): 201) Lichten, who later emigrated to the United States and became a prominent voice in Catholic-Jewish dialogue, testified to the lasting imprint of the Jabłonna affair on the collective memory of Polish Jewry.

About the Author
Joshua D. Zimmerman is professor of history at Yeshiva University and author of The Polish Underground and the Jews, 1939-1945 (Cambridge University Press, 2017) and of the forthcoming Joseph Pilsudski: a Biography, with Harvard University Press in 2021.
Related Topics
Related Posts
Comments