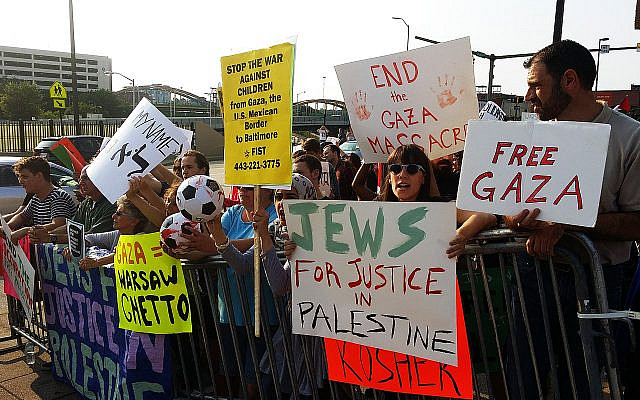 So, in total, about 45% of American Jews believe a big lie that is easily disproved. This is quite a dramatic percentage considering that surveys also show that American Jews are by far the most educated religious group in America.

How can highly educated people believe lies that can easily be disproven with a minimal amount of research which is easily accessible through the Internet? And these are not benign lies. These are lies that can undo, in one case, the one and only Jewish state, and in the other case, the most powerful democracy on earth. How can this be?

Interestingly, these two groups (the one that believes lies about Israel and the one that believes lies about US Democrats) hate each other. It’s not uncommon to hear members of one group say that the members of the other group are not legitimately Jewish. In fact, I have heard some Trump supporters extend that harsh judgment to anyone who does not support Trump, even if they are fervently pro-Israel.

But can we at least say that the remaining 55% of American Jews are immune to the lies? Not so fast. The same poll that I mentioned, in the beginning, indicates that on top of the 22% who believe that “Israel is committing genocide against the Palestinians”, there is an additional 16% who are “not sure”! At the other end of the spectrum, there are the Trump supporters who don’t believe the lie that Biden stole the election but who voted for Trump despite four years of his constant lying to the American people.

That leaves only about one-third of American Jews who are tainted neither by abject ignorance about Israel nor by supporting a liar who is actively trying to destroy American democracy. Not a stellar record for the most educated religious group in America.

What a sad state for American Jewry!

All indications are, however, that ignoring obvious facts is even more prevalent among non-Jewish Americans than among Jewish Americans. This means that this crisis of willful ignorance is more a crisis in American society than in Judaism, but if anyone thought that the Jews would be spared, they were wrong.