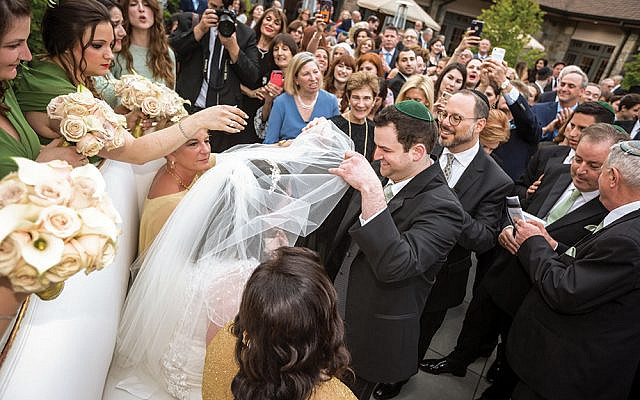 The following article was written by someone who prefers to remain anonymous, but I think there is much food for thought here.  I’m reprinting it below, in the hope that it might lead to further discussion…

When my husband and I were engaged and started planning our wedding, my father made us a sincere offer: if we preferred to have the money that was going towards paying for a wedding for several hundred people to use as a down payment towards a home, he would gladly give us the cash.

We refused the offer and opted for the wedding.

Turns out that a few years later, we saved enough money for a down payment, and purchased our first home.

But I do sometimes wonder whether we should have taken the money – and skipped the big wedding.

I’ve been thinking about this story more during the last eight months, as many folks have scaled down their weddings and other simchas to include only their family and close friends … or postponed weddings until after the COVID crisis has past, in order to host the elaborate simcha that they had  originally planned.

I’ve witnessed a couple of Zoom weddings since March.  And the truth is that the ceremonies were just as beautiful as if there were 500 people witnessing the event in person.  In fact, in some ways they were even nicer, because the focus was clearly on the bride and groom, and not on the ornate flowers, the 12-piece band, or other niceties.  And that’s the way it should be.

Don’t get me wrong.  I do feel bad for the many bar mitzvah boys who worked hard to prepare their parsha, only to read it for a tiny group of people (or in some cases not read it at all).  And I know there are brides out there who dreamed of what their wedding would be like, only to reluctantly not invite extended family and other friends who they would have normally included in their simcha.  Not to mention the many families who lost deposits with hotels and caterers when they were forced to change or cancel their plans.

This is also not a criticism of the individuals who in the past have chosen to make expensive and fancy weddings.  If families have the money, and wish to spend six figures on a wedding, God bless them.  I’d also add that some of the fanciest weddings that I’ve attended have been hosted by families who also give an enormous amount of tzedaka to worthy organizations on a regular basis.  So it’s hard to be critical of these folks.

But let’s face it … a wedding or a bar or bat mitzvah is only one day in what we hope will be a life filled with joy and many other happy occasions for the celebrants.  Is it really necessary to spend as much money on these five-hour events as we had been doing before the coronavirus struck?  Haven’t the small weddings that we have seen recently proven to us that one can have a very beautiful affair without 500 people?  Can’t the money we may have originally earmarked for these fancy celebrations be spent elsewhere in other more productive areas?

Perhaps parents of the children marking their bar and bat mitzvah can direct the money they are saving on big parties to help pay for their children’s yeshiva education.  And parents of those getting married can place the unused money saved on a fancy wedding to set up accounts for day school tuition for their future grandchildren.

Personally, I had not been a big fan of going to weddings and other simchas even before the virus.  I hate having to wait up to an hour for the bride and groom to enter the social hall after their family photographs.  The music is generally too loud.  I often don’t get to dance with the groom and his family because they are being monopolized by others.  And the dinner itself usually drags on too long, so my husband and I often end up leaving before the post-meal sheva berachot, which should be an important part of the wedding ceremony.  Truth be told, I actually feel a bit blessed that for the last six months, we haven’t had to deal with attending large simchas.

It’s going to be interesting to see what happens when a vaccine is finally approved, and God willing we return to a normal life again.  I can see one of two things occurring.  We will either embrace the idea of small weddings and celebrations — and continue to plan these kind of affairs (perhaps with a shul kiddush for all those who were not invited, so they can extend mazel tov wishes to the family).  Or we will go in the other direction and make even more elaborate affairs, to make up for the many months when we were unable to make such celebrations.

If I had to bet, I think it will be more likely that we will see the second scenario.

But who knows.  Perhaps some wise couples will be smart enough to opt for a small size wedding – and ask their parents to give them the wedding money for a down payment on a home.  I hear mortgage rates are pretty low right now!