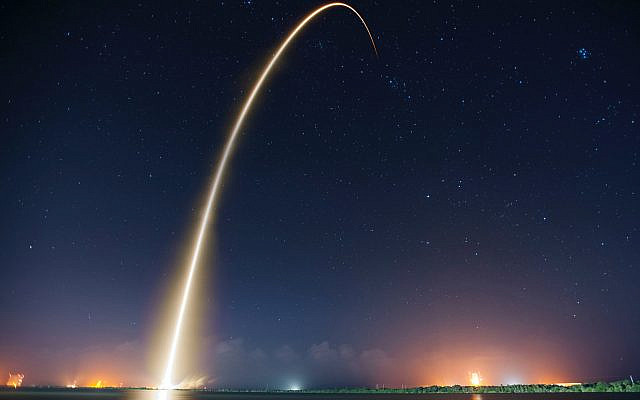 Israel has seen some 3,000 rockets in just a week (Free for Use by SpaceX from Pexels)

The settlers came and took the land from the original inhabitants who had lived there for many hundreds of years. Nearly all in the east were forcibly displaced. Their lands and their way of life were not respected, and the settlers moved in.

This new country had been invented only a few years earlier and needed many working hands. The settlers quickly realized that Africa could solve their problem. Yes, as early as the 1500s the first enslaved Africans were brought to North America, to what would become, in 1776, the United States of America.

We in Israel, a country with a 2,000-year history, can only watch in astonishment as this brand-new country, just under 250 years old, tries to dictate to us, to tell us how to defend ourselves. Surely, the very definition of chutzpah.

President Joe Biden phoned Prime Minister Benjamin Netanyahu to say that he expects “a significant de-escalation today on the path to a ceasefire”.

In the last few days, Washington has increased the pressure on Jerusalem to end the fighting in the Gaza Strip. It was not clear why the US, many thousands of kilometers away, was trying to hamper our efforts to defend our tiny country. It was certainly not clear why the Hamas terrorists were not being told to “de-escalate”.

The United States has never had a problem defending itself. In 1962, the Cuban Prime Minister, Fidel Castro, asked the Soviet Union for a few missiles to defend his country against another invasion attempt by the US. In response, the hysterical US almost started World War III.

And, from 1964 to 1973, the U.S. dropped more than two million tons of bombs on Laos. That’s a planeload of bombs every 8 minutes, 24-hours a day, for 9 years. The incessant bombing destroyed many villages and displaced hundreds of thousands of Lao civilians. There was, of course, no attempt to de-escalate. Why the US took such a dislike to Laos was never made clear.

Perhaps we should ask Hamas if they can lob a few rockets at Manhattan, the reaction would be instructive.

In the meantime, we should turn a deaf ear to President Biden’s absurd calls for Israel to surrender to the terrorists. No ceasefires, no equivalence between terrorist gangs and a sovereign state. It is time for Hamas to be decisively beaten and to know it.