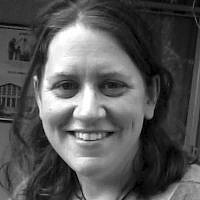 The Blogs
Rebecca Schischa
Apply for a Blog
Please note that the posts on The Blogs are contributed by third parties. The opinions, facts and any media content in them are presented solely by the authors, and neither The Times of Israel nor its partners assume any responsibility for them. Please contact us in case of abuse. In case of abuse,
Report this post. 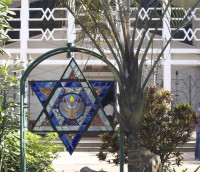 It all started innocently enough. It was our first year of marriage, and we were living in London. My new husband (to be known as ‘RBS’, short for ‘Rabbi B S’) mentioned once or twice that he was interested in this Modern Orthodox rabbinical training programme in New York. I didn’t pay much attention at first.

After all, as if I, the sophisticated European, was ever going to live among those Disney-worshipping, fast-food-scoffing folk on the other side of the Atlantic.

Even more so, as if I, the educated, feminist, feisty woman, was ever going to become the wife of a Rabbi, otherwise known as a *Rebbetzin* (shudder).

I had had more than enough run-ins with those ancient, holier-than-thou, eerily sweet rebbetzins who had haunted me during my years at my Orthodox Jewish girls’ high school in London. The idea of me becoming one of them myself was quite inconceivable.

So I put all mentions of this ‘YCT’ – Yeshivat Chovevei Torah Rabbinical School – down to delusional notions on the part of RBS and buried my head in the sand.

Until it reached crunch point – he really was interested in applying to the school and unless I had any legitimate objection to the whole rabbinical thing, he was going ahead.

Of course he was accepted, I stopped resisting, and off we went to New York. We spent the next four years comfortably ensconced in Riverdale, a leafy suburb in the north Bronx, surrounded by well-behaved, politically correct, highly-educated New Yorkers, none of whom, regretfully, fit into my superior European stereotypes.

On the Jewish front, we found ourselves living in the epicentre of the liberal (with a small ‘l’) Modern Orthodox world, attending Rabbi Avi Weiss’s synagogue, the Hebrew Institute of Riverdale, and soon cottoned on to how great it was to be Modern Orthodox Jews in the USA.

I reassured myself that RBS was doing the educators’ track at YCT, so was more likely to go into Jewish education, rather than take on a pulpit rabbi position.

Yet all that changed in his fourth year. He started to manifest a strong desire to become a community rabbi, and I started gulping once again.

Serendipity proved much stronger than my resistance. In early June 2013, we joined Michelle, a friend from Paris who was in town celebrating her husband’s birthday at Le Marais, a kosher steakhouse in Manhattan.

She had gathered together a motley crew of her New York friends to join the party. We got chatting to Mark, who sounded like a well-educated Englishman. Turned out he was a Kenyan Jew who was now living in New York City. “What, there are Jews in Kenya,” we chimed. “Yes,” he replied, “quite a number of them, mainly living in Nairobi.”

What were we doing in New York, he wanted to know. RBS replied that he’d just received his semikha, rabbinical ordination, and was looking for a job. “That’s funny,” said Mark, “it so happens that the Nairobi Jewish community is looking for a rabbi at the moment.”

In a fit of wild exhilaration (for in a jiffy out went all my resistance to rabbi and rebbetzin-hood, and in flew into my adventure-starved mind only one new obsessive thought: “Africa! We get to live in Africa!”), I piped up: “RBS can be your new rabbi!”

There ensued a flurry of Skype interviews, and a couple of in-person interviews in New York. Then things got serious – we were offered a trial visit to Kenya a few weeks later. We impressed, and without further ado, RBS was offered the post.

So now here I sit, some six months later, in my Nairobi vicarage, in the heart of East Africa, getting used to the power cuts, paralysing traffic jams, shul politics (yes, of course, even in Africa, Jews are Jews), corrupt police, and banana trees growing in my back garden, and I still sometimes shake my head in sheer wonder at how things turned out.

Now back to the rebbetzin thing: Africa and the mere sniff of an adventure may have instantly melted away my whole campaign against RBS becoming a rabbi. However, the minute we landed in Nairobi in early September 2013, there was one thing I made crystal-clear to any and all of RBS’s parishioners. In fact, there is no mistaking the involuntary plaintive howl that emits from me any time someone calls me that. “Call me Rebecca! Call me anything! Just don’t call me ‘Rebbetzin’!”

Postscript: Clever me – of course this campaign has backfired to some extent as a couple of the more mischievous congregants have now caught on to my phobia of the title and are now calling me ‘Rebbetzin’ on purpose just to wind me up.

About the Author
Rebecca Schischa is a freelance blogger, writer and editor who has found herself in the most unlikely of roles - rabbi's wife - and in the most unlikely of locations - Nairobi, Kenya. Originally from London, Rebecca has also lived in Paris, Tel Aviv and New York City, making Kenya the fifth country that she can call home.
Comments