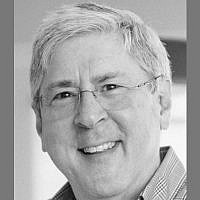 The Blogs
Douglas Feith
Apply for a Blog
Please note that the posts on The Blogs are contributed by third parties. The opinions, facts and any media content in them are presented solely by the authors, and neither The Times of Israel nor its partners assume any responsibility for them. Please contact us in case of abuse. In case of abuse,
Report this post.

The good news is that the Biden administration does not appear to be obsessed by the Israeli-Palestinian problem. The bad news is that some administration officials, when they do talk about Middle East peace, sound as if they have learned nothing and forgotten nothing since the heyday of the Oslo process of the 1990s.

For decades after the 1967 Six Days War, there was a standard approach to Arab-Israeli peace diplomacy in the United States and in Israel. What were the elements of this approach?

First and foremost was the belief that the conflict was solvable through diplomacy. For this to be true, the conflict could not be seen as essentially ideological in nature. If the grievance of Arabs is that Israel has no right to exist – because Palestine is the religiously and nationalistically sacred and inalienable inheritance of Muslims and Arabs – then their complaint is unlikely to be satisfied through talk.

Those who had faith in peace diplomacy defined the conflict in such a way that diplomacy seemed promising. They thought of the conflict as a set of what became known as the final-status issues: borders, security arrangements, water rights, Israeli settlements, control over Holy Sites, and so on. These were discrete, mostly practical issues that, it was easy to imagine, could be resolved through mutual compromise – that is, through a “peace process.”

According to that view, the problem Israel’s enemies cared about was not Israel as such but Israel’s control over the West Bank and Gaza – what was referred to commonly as the “occupied territories,” which Israel had conquered in the 1967 war.

Fundamental to the standard approach to Arab-Israeli peace diplomacy was faith that both parties wanted peace based on mutual accommodation. The Israeli left assumed that their Arab neighbors were open to such a peace. Indeed, after Israel in 1977 elected its first right-of-center government, Israeli Labor Party leaders began to develop the thesis that the main impediment to peace was not on the Arab side but was the Israeli right. The main impediment to peace, the left said, was the right’s religious and nationalistic ideology, which made a fetish of Jewish control over the Whole Land of Israel. That ideology, as the left saw it, spawned and was symbolized by Jewish West Bank and Gaza settlements.

Throughout the 1980s, with politics in Israel then dominated from the right, Israelis on the left argued that their country could have peace if it simply changed its own policies. That was the meaning of “Peace Now.” That famous slogan was saying that Israel could have peace now if it wanted it, if it chose new leaders and new policies.

The impediment to peace, the slogan implied, was the Jews, not the Arabs. The words made no sense if peace were not within Israel’s control, if peace depended on Arabs unwilling to end the conflict on acceptable terms.

Blaming the Israeli right’s policies for the lack of peace naturally appealed to those American officials who were either unsympathetic to Israel in general or unsympathetic to the Israeli right. American officials committed to the “peace process” embraced that view of the problem because it offered hope for progress. The United States, after all, had more leverage over Israel than over Israel’s Arab enemies.

Skeptics, however, argued that there was no historical basis for the idea that the Arabs were willing to make peace with Israel based on dividing the land. These skeptics disputed the notion that the problem was on the Israeli side.

The question was put to a real-world test after Rabin defeated Shamir in Israel’s national elections in 1992. Rabin had effectively endorsed the view that Israel could quickly make peace with the Palestinians if it simply changed its own policies. He ran on the promise that, if elected, he would have a peace deal with non-PLO Palestinians in less than a year. Rabin was elected. He then failed to make the promised quick peace deal. That failure then led to his famous reluctant handshake with PLO Chairman Arafat at the White House when the two men signed the Oslo Accords in 1993.

Oslo set in motion a new peace process. Israeli and American officials participated on the assumption that peace could be achieved through mutual compromise on the final status issues mentioned above.

President Clinton arranged in 2000 to do a laboratory-type experiment on the Oslo peace process. He extracted major concessions from Israeli Prime Minister Barak, concessions that far exceeded anything ever presented before and anything ever imagined to be realistic. Barak not only offered Arafat control over virtually all the West Bank and Gaza, and not only agreed to divide Jerusalem, but even offered the Palestinians sovereignty over the Temple Mount.

Arafat, however, refused to make peace. He insisted that the Palestinians have a “right of return,” so Israel must admit millions of them, to the point that it would no longer be able to maintain its Jewish majority.

Two of the main figures in the Israeli “peace camp” – the novelists Amos Oz and A.B. Yehoshua – announced their astonishment and grief at Arafat’s stand. They said Barak offered everything that Peace Now had believed was necessary but Arafat was insisting, in addition, that Israel commit suicide. Amos Oz wrote, “we all very well know that around here ‘right of return’ is an Arab euphemism for the liquidation of Israel.”

The shocking failure of Clinton’s diplomacy with Barak and Arafat severely weakened the Israeli left. The left has not led an Israeli government for the last twenty years.

In 2005, Prime Minister Sharon unilaterally withdrew the Israeli presence from Gaza, but that did nothing to soften the position of Palestinian leaders – on the contrary. And in 2007-2008, Prime Minister Olmert made a Barak-style peace offer to Mahmoud Abbas, but Abbas rebuffed it.

The once-dominant Labor Party has all but disappeared in Israel. Peace and security debates, which were front-and-center and red-hot in Israeli politics throughout the 1980s and 1990s, have been almost entirely absent from Israeli election campaigns in recent years.

Biden administration officials, meanwhile, make a point of reaffirming their commitment to a “two-state solution” to the Palestinian-Israeli conflict. This is not constructive. On the contrary, it is confusing, misleading and out of date.

The term two-state solution is freighted with assumptions that motivated much of the Oslo peace process. People often invoke the term to imply that Palestinian leaders accept territorial compromise, but Israelis on the right do not.

The fact is that the Palestinians’ current leaders have been unwilling to end the conflict on the basis of territorial compromise. They have time and again refused to agree to a two-state solution.

Meanwhile, Prime Minister Netanyahu, in a public speech in 2009 at Bar-Ilan University, famously accepted the idea of dividing the land west of the Jordan River between Israel and the Palestinians. He conditioned his acceptance on demilitarization and other security measures, but he said that, in his vision of peace, a new Palestinian state would exist beside Israel. He has faced election after election since 2009 and has remained prime minister to this day. So, it cannot truthfully be said that the Israeli right in principle opposes a two-state solution.

Why then do I call it unhelpful for U.S. officials to say they believe in a two-state solution? The answer is that the statement is ambiguous.

It could mean that, if and when Palestinian leaders credibly offer peace, Israel should be willing to divide the West Bank with them and accept a new Palestinian state there. That position, I think, has merit. As shown by elections and polls, the vast majority of Israelis believe it is reasonable.

But saying that one believes in a two-state solution could instead mean that one thinks that such a solution is currently available. It could be asserting that Palestinian leaders are now ready and willing to make peace, if only Israel would accept a Palestinian state. That, I think, is not reasonable. It is refuted by the history of Palestinian-Israeli peace diplomacy going back decades.

Many officials, academics and others, whenever they are asked about Israel and the Palestinians, embrace the term two-state solution. They evidently think it makes them sound good – moderate and peace-loving. Do they understand its ambiguity? If they do, they are cynical for not clarifying their positions. If they do not, they are ignorant.

U.S. Middle East policy for decades stood on the same key assumptions. What were they? One, the Palestinian problem was central to politics in the whole region. Two, Israel would not be able to make substantial diplomatic progress with the Arab states until it ended its conflict with the Palestinians. Three, U.S. cooperation with the Arab states would be limited unless the United States successfully pressured Israel to make concessions to the Palestinians. And four, catastrophic explosions of the so-called Arab street would occur if the United States were seen as siding with Israel on sensitive issues such as Jerusalem.

The Abraham Accords have belied all of those assumptions, all of that conventional wisdom. Good riddance to it all.

This essay was adapted from a March 12, 2021 webinar for the Middle East Forum.