The Blogs
SR Hewitt
Author of Personal Parsha Prose
Apply for a Blog
Please note that the posts on The Blogs are contributed by third parties. The opinions, facts and any media content in them are presented solely by the authors, and neither The Times of Israel nor its partners assume any responsibility for them. Please contact us in case of abuse. In case of abuse,
Report this post.

My name is Princess Ewe. Seriously, if you translate my name from Hebrew into English, it literally means Princess Ewe. Thankfully, my name is also a combination of two of the names of Jewish matriarchs: Sarah (which means princess) and Rachel (which means ewe). Being named after two of the four Jewish matriarchs means that I end up paying extra attention to most of the readings of the Book of Genesis.

Not only do I enjoy reading (and rereading every year) the personal stories of Sarah and Rachel, but I often find ways that my life connects to theirs. For instance, Sarah is not the matriarch’s given name. When she is introduced in the Torah she is referred to as Sarai, just as Abraham is known at first as Abram. In Genesis 17, however, God informs Abram that his name will now be Abraham and instructs him that “As for Sarai your wife, you shall not call her name Sarai, but Sarah shall her name be. And I will bless her, and moreover I will give you a son of her; yea, I will bless her, and she shall be a mother of nations; kings of peoples shall be of her” (17:15-16).

As much as I love being called Sarah Rachel,* it is not my legal name. Like many Jewish parents, mine gave me both an English and a Hebrew name. For the first 20 years of my life, I was known as Carolyn. (My middle name, Dawn, was rarely spoken aloud unless I was in serious trouble!)

Let me be clear, I did not change my name in order to get a job in the Orthodox community. (My lack of professional experience was enough to kill that effort on its own!) But the search for that job made me think about who I was and who I wanted to be. Believing in the importance of living a life full of Jewish ritual, using my Hebrew name seemed a logical step to me at the time. (OK, I must admit, I was never a huge fan of being called Carolyn. It just didn’t suit me.)

Jewish tradition, from Genesis through the writings of the great sages, reflects the importance of a person’s name. A name defines a person. Adam was called Adam because he was made from the ground, which is adamah. The name Eve (Chava), who was the first woman, is a derivative of the word chai, life. Was I Carolyn a derivative of Charles – or was I Sarah Rachel, Jewish princess (in a good way)?

Whether a person uses it on a regular basis or not, a Hebrew name is one of the critical totems of Jewish identity. It connects a person to his/her family and to generations of Jews. In Ashkenazi families, a child is often named for a deceased grandparent or great-grandparent. Sephardim, on the other hand, name children after living relatives, making the familial cycle of names even tighter.

Unlike Sarai, God did not tell me that I should change my name, and so I was left with a few choices to ponder. Did I wish to be known as Sarah, Sarah Rachel, or perhaps just Rachel? The problem with Sarah or Rachel on their own was that they didn’t stand out from the hundreds of Sarahs and Rachels in the Jewish community. By using both names together, I was at least distinguishing myself a little bit.

More importantly to me, however, was the fact that I had been named after two different women, my mother’s maternal and paternal grandmothers, Sarah and Rose (Rachel). I wanted to honor both women, and so I began introducing myself as Sarah Rachel. It took a while, but eventually even my mother now calls me by my Hebrew name.

I don’t mean that every Jew who wishes to demonstrate how proud they are of their Jewish heritage should begin using their Hebrew name, as I did. Just knowing one’s Hebrew name is important as there is a sacredness to one’s Hebrew name.

It is easy to forget that the naming of a child is a religious ritual in Jewish life. Boy’s receive their names at the time of their brit milah (circumcision). Girls are named during a special ceremony at a Torah reading shortly after they are born.

The Hebrew names that we are given at birth are the ones that we use for a lifetime of Jewish rituals. One is called to the Torah with one’s Hebrew name, one’s Hebrew name is written on the ketubah (marriage contract). And, when prayers are recited in one’s merit in times of need (such as when on is, God forbid, ill).

Why talk about Hebrew names now? Right now, the Jewish world is staring at a mirror and trying to find ways to secure the Jewish identity of future generations. There is an ancient Midrash that explains that by the time Moses came to redeem the Jewish people from slavery, they had lost most of their distinctive identity except for the way they dressed, their language and their names.

This Midrash highlights the incredible importance of identifying with our Hebrew names. I don’t know much about my great-grandmothers – I don’t know if they lit Shabbat candles or kept a kosher home – but I do know that just bearing their names has always played an important role in how proud I am of my Jewish heritage.

– If you are interested in learning more about Hebrew names, visit Twebrewschool.org and learn about the fascinating background of some of the most popular names that have come from Jewish life.

*While I spell my name Sarah Rochel, representing the way I pronounce it, I have used Rachel in this article because it is the more common spelling.

About the Author
Sarah Rochel Hewitt, formerly the Publications Coordinator for NJOP, and author for 10 years of its popular daily email/blog (JewishTreats.org), is a freelance writer in Montreal. Raised in Pennsylvania, Sarah Rochel is a graduate of the University of Maryland @ College Park (English and Jewish Studies) with a master's degree in education from Brooklyn College. She is also an alumnae of Midreshet Rachel V'Chaya in Jerusalem and the mother of five. Sarah Rochel Hewitt began composing Personal Parsha Prose posts shortly after leaving NJOP in July 2018. Her hope is to inspire others to invest themselves in discovering the incredible layers of meaning that can be found in the Torah.
Comments 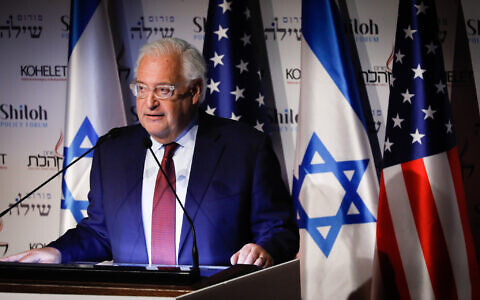 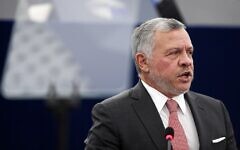 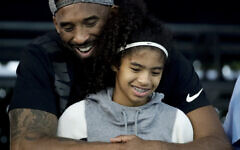 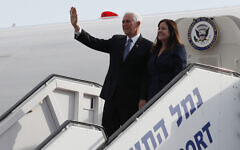 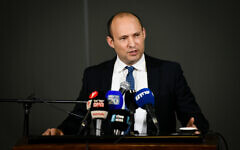 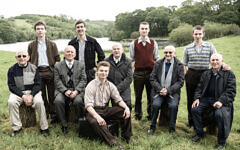