After the latest terrorist attack in Israel when two Jerusalem Arabs entered a synagogue and shot and hacked to death four Rabbis and a policeman and injured others, it was of course reported by news outlets all over the world.  (By the way, if the targeting of Rabbis at prayer doesn’t show that Palestinian Israel-hatred is really Jew-hatred, I don’t know what does.)  And the usual supposed world affairs experts, more anti-Israel-biased than fair, chimed in with their views and explanations as to what happened and why.  When reporting, it is one thing to be impartial – although I don’t know how something so one-sided like Palestinian terrorists slaughtering Rabbis can be made balanced, but typically another, when some news outlets and columnists, skew information or neglect to tell the whole truth.  As many anti-Israel “intellectuals” trying to influence the unknowing or the unsure do, these writers mix facts in with their prejudices.  Sadly, they can be more successful than not. 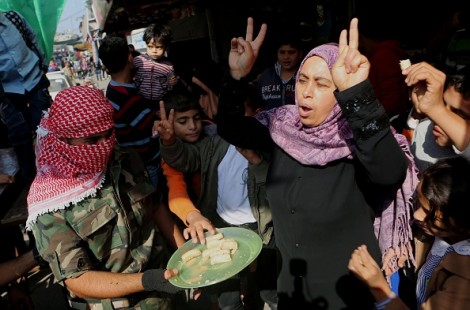 Some news sources, reporters and columnists are very obvious with their Israel and Jew bashing.  Their words, written or spoken, make them easy to identify and expose.  When planning this column, I was prepared to analyze one or more of the usual suspects – the BBC, CNN, and other organizations and contributors too numerous to mention.  But then it struck me, as I perused the post-butchery punditry.  There are some writers who should know better, who one thinks do know better, but for some reason augment the damage the conspicuous Israel haters manufacture.  And I don’t always know why.  Is it ignorance?  Investigative laziness or sloppiness?  A subtle way to purposely bash Israel?  Just more emblematic drivel from some right-leaning or left-leaning site?  Or maybe a particular person has a bias against some segment of Israeli society, i.e., its religious communities, those whose political views lean to the right, or perhaps settlers?

I discovered one such columnist when I saw his piece posted on the World page of RealClearPolitics.com.  The writer is Joshua Keating of Slate.com, and his bio reads, he is a “staff writer at Slate focusing on international affairs and writes [sic] the World blog.”  After reading his column entitled, “What’s Really Behind Jerusalem’s Explosion of Violence?” I wondered about his “focus.”  Mr. Keating does simply review some of what happened at the synagogue on that tragic day, and he supports his words with quotes from the New York Times and Hamas, from Secretary of State John Kerry and Israeli Prime Minister Benjamin Netanyahu, and others, but is he correct in his analysis?

Let me cut right to the chase.

Mr. Keating: “At the moment, Jews are allowed to visit, but not pray, at the complex, the third-holiest site in the world for Muslims.”  Like others, Keating fails to report that the complex is the holiest place in the world for Jews.  And that Jews cannot even appear to be praying there.  He does write in the next paragraph, that Jews refer to the site as the Temple Mount, but nothing else about that.  Why the glaring omission?  Jews have been praying on or next to that mount since its purchase for service and prayer by King David.  If Keating doesn’t know that, he must know there is some very meaningful connection between the Temple Mount and the Jewish people, right?  I mean, why have Jews been praying at a wall buttressing the mount for centuries in the first place?  By exclusion, he makes it appear that the Jews do not have their own compelling association to the site, and so, they must just be trouble-makers.

Keating: “However, hard-line Jewish religious activists have been pushing for the right to pray at the site…”  Hard-line?  Religious?  First of all, while only Muslims can, many people of different adherences and faiths would like to pray on the mount and try to do just that.  This, from Christian journalist and author Lela Gilbert’s piece in this week’s Jerusalem Post Christian News section, “Temple Mount: Common ground between Jews and Christians:” “… although Christians are inclined to keep a low profile on the Temple Mount, they visit frequently.  Christians arrive to the Temple with Bibles tucked into backpacks, only to have the holy book confiscated at the checkpoint. Countless other believers have been expelled when the slightest gesture indicated reverence or veneration.”  Keating also implies that the desire to pray where two Jewish Temples stood, makes one hard-line.  And does one have to be religious to yearn for prayer on the mount, and is being religious a bad thing?

Keating: “One of the leaders of the campaign (to pray on the mount), U.S.-born settler and activist Yehuda Glick, was shot last month, prompting Israel to take the rare step of closing off access to al-Aqsa entirely.  Israel has frequently placed restrictions on entry to the site or barred specific groups, such as young men, from praying…“  Yehuda Glick, by the way, is trying to create prayer allowances for Jews, Christians and others.  And why no mention as to why Israel had placed entry restrictions on the mount?  Why not say that on many instances, there was rioting by Arabs who endangered and harmed their own worshipers and police, and Jewish worshipers at the Western Wall adjacent and below the mount?  Why leave that out?

Keating: “… there were reportedly celebrations in parts of Gaza and the West Bank.”  Reportedly?  The pictures and videos of joyous, candy-disbursing celebrants were all over the news all over the world, almost as fast as the story of the massacre itself.

In an attempt to ascertain Mr. Keating’s intentions, I spent some time reading others of his columns.  He does, to his credit in one piece, properly identify European anti-Semitism during last summer’s Israel-Hamas war as being something ingrained within the peoples of the continent, and not something that cropped up because of the war.  But in another column, he needed to add a correction, admitting his original post incorrectly stated that the Obama administration had vetoed a Palestinian statehood bid at the United Nations, rather than just threatening to do so.

Look, Joshua Keating might be a very nice man, and although I have my suspicions about his biases, I am sure he is not anti-Semitic, so that is not a factor at all.  And in the scheme of things, a lot worse has been written about Israel and Jews over the millennia, and by people significantly more influential than him.  And I make no claim of any prestige myself, believe me.  But the point I am making with this column is that today anyone can write anything and it can be picked up anywhere and any naive person can read it and then say, “Hmmm, I guess that’s what’s going on.”  When it is not.

All of us whose voices can be heard via this wonder we call cyberspace, need to be more fair, more clear, more careful, and just plain better at what we do.