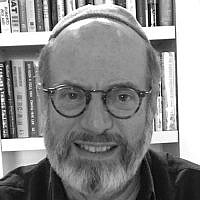 The Blogs
Joseph Wolf
Bringing kindness and staying with the truth
Apply for a Blog
Please note that the posts on The Blogs are contributed by third parties. The opinions, facts and any media content in them are presented solely by the authors, and neither The Times of Israel nor its partners assume any responsibility for them. Please contact us in case of abuse. In case of abuse,
Report this post. 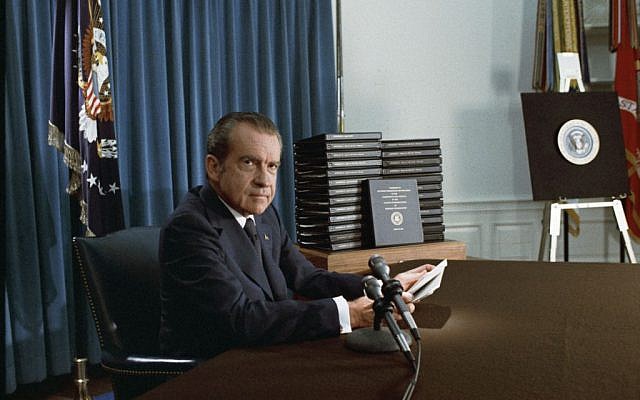 Firing the director of the FBI? Because of the way he presided over Hillary Clinton’s emails? Why now?

Am I imagining it or are we back in the days of Nixon’s White House and the Saturday Night Massacre? Sure seems like it. Congressman Elijah Cummings on the Rachel Maddow Show said, “I am shocked, but not really surprised.” Are the Republicans surprised? Who believes Donald Trump? Who is not wondering if he’s manipulating our justice system, the foundation of American democracy?

Commenting on the opening line of Parashat Emor, “Tell the priests, say to them, none shall defile himself for any dead person”, the Midrash Tanchuma tries to imagine a situation in which the priests who model holiness should be required to stay pure? Everyone knows they are not to come into contact with a dead body. The rabbis offer an example: a priest leaves the city on business (or to play golf, or both). His servant urgently attempts to get in touch with him, but is unsure how to pin him down. (The priest is easily distracted.)

Here’s what they hold up as something that hypothetically happened: “(The servant) went to the cemetery and he inquired of the men who were there on the premises, ‘Have you seen my master?’ They replied: ‘Fool, who has ever seen a priest in a cemetery?’”

There’s a certain amount of tongue in cheek in all of this. A false narrative gets floated, but at the same time it pokes holes in certain underlying assumptions about who’s in charge or who it is that we are supposed to trust. There’s the famous photo of Richard Nixon walking on the beach, the white sand, the surf and sky. The only trouble is he’s wearing black dress shoes. Either he’s taunting us or nature is out of whack as long as this main character is in charge of the narrative.

Here we are again – we’re being asked to fall in line with devious characters in Washington. That a man who cannot speak and has no inclination to read, whose own entanglements are anything but pure, should be pulling the strings of government, upending the regulations which make the rich accountable to the poor and the vulnerable, and who now has fired the man in charge of investigating him – is like a walk on the beach in dress shoes. Like a priest hanging out in the cemetery. Maybe he’d wear black shoes too, in that case. Gotta make sure that people realize it makes no sense at all, unless the end’s in sight.

About the Author
I am Rabbi Emeritus at Havurah Shalom in Portland, Oregon. I have spent the last 35 years bringing Torah insights and practices to bear on social justice issues and spirituality.
Related Topics
Related Posts
Comments 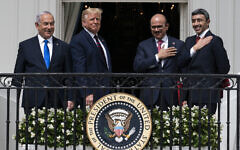