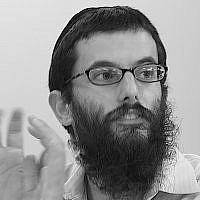 Do you remember this day in 1967? It was the day in the Jewish Calendar that the Six Day War broke out in tense and ominous times for the Jewish State. As the Arab Nations vowed to drive her into the sea, Israel prepared mass graves for the sixty thousand (!) casualties they anticipated.

Even before the war broke out The Rebbe staunchly declared that “there is no reason to frighten others. I am displeased with the exaggerations being disseminated and the panicking of the citizens in Israel….G‑d Is Watching over the Holy Land, and Salvation Is Near. By next Shabbos, we will be celebrating in Jerusalem!” Read the incredible timeline of the war here.

As Egypt’s massive armies joined forces with Jordan and Syria, tightening the noose around Israel, chaos broke out in Israel, the Rebbe urged the children to do good deeds in the merit of their brethren in Israel, and then, in a strong voice expressing unmistakable confidence and assurance, proceeded to quote G‑d’s blessing and assurance: “And I will bring peace to the Land, and you will lie down with no one to frighten you…” He concluded by saying, “G‑d will extract the Jewish nation from all hardships with His full, open, holy and outstretched hand, and will bring them peace and tranquility…”

A closer look at the Divine promise of peace in the Holy Land is dependent upon the condition at the beginning of the verse: ‘If you purse my decrees and you guard my commandments…I will give you ample livelihood…and you will dwell securely in your land’.

We try so hard to secure our borders militarily, politically and through public opinion but in this Torah portion, Hashem reveals to us the secret to security.

Consider the story of Don Greenberg, chosen to be the student speaker at the May 16, 2015 commencement ceremony for Binghamton University’s Watson School of Engineering, tomorrow. The only problem was that tomorrow is Shabbos and Don is a Jew. So instead of allowing the extraordinary honor to overpower his Shabbos commitment to Hashem, he had, what the media is now calling, a Koufax moment!

Don arranged with Binghamton University to have his prerecorded commencement speech aired at the Saturday event in an unprecedented display of Jewish Pride and Values in a world where it is rarely seen.

Don is no longer an ordinary civilian. Don is now a warrior in defense of the Jewish State and the People of Israel. The Torah reveals to us that the warriors who defend the land are those who staunchly fulfill the Torah and Mitzvahs, even when its not convenient to do so.

Don had his Koufax moment, What’s yours?