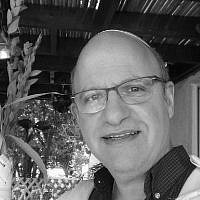 The Blogs
Morey Schwartz
The Third Story
Apply for a Blog
Advertisement
Please note that the posts on The Blogs are contributed by third parties. The opinions, facts and any media content in them are presented solely by the authors, and neither The Times of Israel nor its partners assume any responsibility for them. Please contact us in case of abuse. In case of abuse,
Report this post.

The incident at the Oscars has sparked conversation on a variety of important and relevant topics for today’s world. From discussions as to what is considered a joke to the justification of a physical assault, there is no shortage of opinions floating around the cybersphere. What underlies this situation is a larger debate about how we, as a society, talk to and treat each other.

It is no surprise that the Oscars, like all award shows, hire comedic personalities to host, present, and entertain the crowds in person and at home with jokes – often directed at the very people in the room. And that makes sense – everyone loves a good laugh! One of the great Jewish humorists Sholem Aleichem said, “To ridicule is a Jewish quality . . . When is a Jew not inclined to joke, not God forbid, out of joy, but on the contrary, because of troubles, poverty, sickness and worries about making a living?”.

But when does comedy – as in the case of the issue at the Oscars – go too far? The joke at hand, regardless of intent, caused embarrassment to the recipient. And, while I see no justification for the physical retaliation, the commentary in our Jewish texts is quite explicit about humiliation. In fact, one such teaching states:

It is better for a person to jump into a fiery furnace, rather than embarrass his friend in public. (Babylonian Talmud Ketubot 67b)

Indeed, despite Jewish appreciation for humor, many of our sages acknowledge that there is a limit to when a joke is still a laughing matter.

Upon reflection, what is most unfortunate is that our culture encourages this kind of humiliation. We poke fun, joke, and create memes about others in televised and other media. We regularly use public platforms as a means to humiliate or embarrass, disguised as comedy.

The bigger question for this moment is how could we be better? How can we shift our culture to one that can appreciate good humor, while showing respect through our words and our actions?  Our Jewish teachers have much to say on this topic:

Two brothers came to the marketplace. Elijah the prophet said to Rabbi Beroka: These two also have a share in the afterlife. Rabbi Beroka went over to the men and said to them: What is your occupation? They said to him: We are jesters, and we cheer up the depressed. Alternatively, when we see two people who have a quarrel between them, we strive to make peace. We, as the funny ones, can use our humor for good – to lift up and to mediate.

We are living in difficult times. Among the many issues we face is when the lines between comedy and humiliation are blurred. These very public moments not only give us a chance to revisit the role humor plays in our interactions, but require us to look inward and outward about how we can do better, how we can be better. Rabbi Hillel said, “That which is hateful to you, do not do to others” (Shabbat 31a). Respect, human kindness, and our treatment of others rank highly in Judaism’s written and implicit “code of conduct.” We could all benefit from remembering that when faced with the jab from the joke or the jab from the hand.