In 21 years of covering world affairs for Kol Israel (Voice of Israel Radio), there were few figures that I respected more than Colin Powell. The innumerable eulogies that are filling the global media on the morrow of his passing provide ample explanation why I was far from alone in this appreciation. I’d like to add a personal anecdote.

In February 2003 I had been on the job for over 20 years. One of my regular assignments was to do simultaneous translation into Hebrew on the frequent occasions when we broadcast live a speech, press conference or interview of an English-speaking personality. This time I was called upon to do this for an appearance by Secretary of State Powell before the United Nations Security Council.

I refused. We don’t do live coverage of UNSC speeches by our own Israeli foreign ministers, I told my boss; why should we do so for an American one? Besides, he’s going to lie and we’ll regret giving him our platform for it.

Over the preceding months, I had repeatedly debunked claims by the George W. Bush Administration that Iraq had Weapons of Mass Destruction. Among other cases, I had hosted Congressman Henry Waxman (D-CA) to expose the crude forgery of the so-called “Niger Papers.” These purported to show that Saddam had purchased “yellowcake” uranium for nuclear weapons from the West African country. I also called out the renowned journalist Seymour Hersh when, in response to my demand, he could produce no evidence for his suggestion in the New Yorker that the source of these documents was Israeli. But I digress.

My skepticism of the US case for toppling Saddam’s murderous regime was, to put it mildly, unpopular in Israel — where in addition to his domestic atrocities, he was remembered for lobbing Scud missiles at us during the first Gulf War in 1991. But after that defeat and a decade of crippling sanctions, the Iraqi menace had receded to the point where a potentially disastrous war was entirely unjustified.

My superiors were open-minded enough to excuse me from broadcasting Powell’s speech, so I listened at home while a more compliant colleague did it. As I feared, the Secretary added his well-earned gravitas to a series of allegations that had already been at least cast in serious doubt and added some new ones that were prima facie spurious.

My indignation peaked when he presented what I remember being described as “artists’ conceptions” — captioned later as “computer-generated images” — of “mobile biological-weapons laboratories” mounted on trucks. “”They can produce enough dry, biological agent in a single month to kill thousands upon thousands of people,” Powell charged. 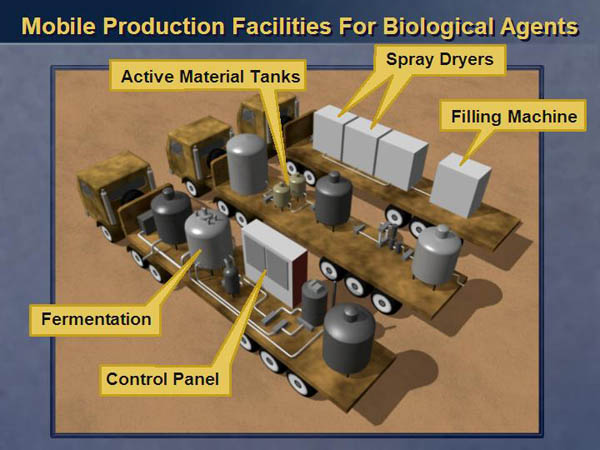 I fumed. “If those drawings are their best evidence, they have nothing!” I vented this exasperation in my own program the next day. It was not well received, but with all the politicization and other flaws of the since-dissolved Israel Broadcasting Authority, no pressure was brought onto me to change my tune.

The rest is history. No WMD was ever found in Iraq. A former staffer of the Bush Administration with whom I had been corresponding took me to task and cut me off when in a recent article I pointed out that the phony rationale for the Iraq war provided a precedent for the Big Lie technique that Donald Trump has carried to monstrous, democracy-endangering proportions with his “stolen election” whopper. Bush, I noted, at least didn’t use such deliberate fabrication against his own republic and constitutional system. That didn’t placate my colleague’s fury: the Bush Administration had operated in good faith, he asserted, upon information they made every effort to verify and therefore believed. Sadly, the record as it has since unfolded shows otherwise: Powell and others had serious reservations but went along out of loyalty — a major component of his justly legendary integrity.

The same integrity led Powell within two years to admit, famously, that the UN speech remained a blot on his reputation. That was even before the calamitous results of the Iraq war for the region and the world had fully unfolded, never mind the cost in US blood and treasure: for starters, the rise of Da’esh and the removal of the main barrier to westward expansion of Iranian subversion, with which Israel is still contending in Syria.

Powell declined a run for President, retired from politics, was openly and sharply critical of Trump, and after the January 6 assault on the Capitol renounced his lifelong membership in the Republican Party. In mourning the death of a truly great man, one can but also admire the magnitude of character he displayed in recognizing this single stain of tarnish, one that only casts in greater contrast his otherwise sterling record. America and the world need leaders like him more than ever. I wish that back in February 2003 I had been wrong, rather than he.