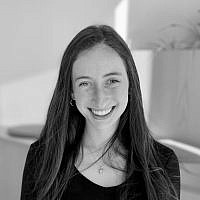 The Blogs
Arielle Gordis
Apply for a Blog
Advertisement
Please note that the posts on The Blogs are contributed by third parties. The opinions, facts and any media content in them are presented solely by the authors, and neither The Times of Israel nor its partners assume any responsibility for them. Please contact us in case of abuse. In case of abuse,
Report this post. 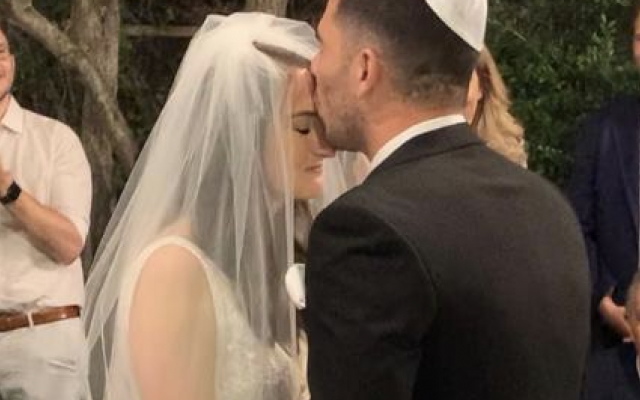 On Thursday night I was at a wedding. The couple had rescheduled four times due to corona and the day had finally come for them to celebrate.

As I filmed a video of the groom walking down the aisle, a text appeared on my phone from my cousin, “you guys ok?” I wasn’t sure what he was referring to until a moment later, as I snapped a photo of the bride, my friend texted me “shooting in dizengoff.”

As the bride stood there smiling at her life partner and tears filled her eyes, I felt my chest grow tight. Shooting in Dizengoff.

Suddenly all around us, phones were vibrating and ringing.

“There was a shooting in Dizengoff,” I whispered to my boyfriend. He checked his phone that had been on do not disturb and saw tons of messages and missed calls from friends and family. His phone began to ring, and he stepped aside to assure one of our friends, who had already called three times, that he was alive.

The bride was giving her vows. They were beautiful.

When the ceremony ended, I allowed myself to check my phone. “Are you okay?” “Please confirm you’re okay.” Missed calls. “Is everyone safe?” “Tell me you’re okay!” All these people in my life were waiting for confirmation that I was alive – that I hadn’t been murdered by a terrorist a few blocks from my apartment.

It was chilling to think that my world was momentarily terrified that I was gone. I can’t explain it. But responding to messages with “yes” and “I’m okay” was one of the most overwhelming experiences. I was alive. I was okay. I was numb.

When I woke up in the morning, the pictures of the two men that were first confirmed dead filled my screen. They looked like my friends. One worked at Wix with my boyfriend. I had mutual friends with both. Maybe I’d even seen them before.

They were two friends having a drink on a Thursday evening. And that night, their friends and families sent them messages too – praying that they would answer that they were okay. They have missed calls on their phones with people begging them to confirm that they’re alive. But they’re not.

And as I sit here crying, I understand that it could’ve been anyone. And that was the point. The terrorists didn’t care who they killed. Any of us would have sufficed. And a part of all of us went with Eytam, Tomer, and Barak. Barak was a father of three. Tomer had just finished his degree. Eytam got engaged last month – he and his fiance had just started planning their wedding together.

Till death do us part.

I’m at a loss for words. I feel emptiness. I’m mourning three men I never knew that feel so painfully familiar.

About the Author
Arielle made Aliyah in September 2020 after completing her degree at Cornell University. She currently works as a Content Marketing Manager at monday.com.
Related Topics
Related Posts
Comments