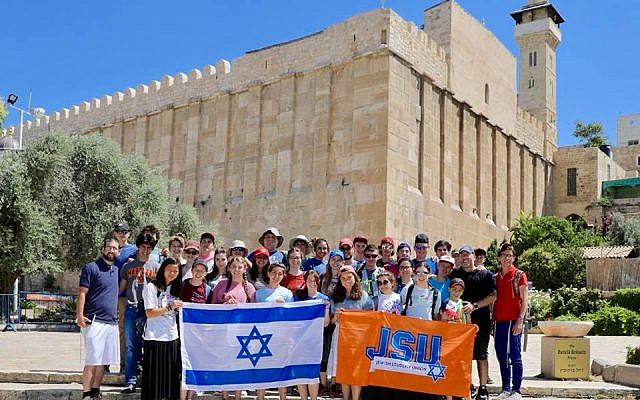 Recently a slew of Israel’s critics have published articles asserting that criticism of Israel isn’t anti-Semitism. They back their claim by pointing to human rights concerns, the Israeli propensity to criticize their own leaders, and the obvious: criticism doesn’t equal hate. All of this of course is a straw man argument. You can criticize Israel without being anti-Semitic. Battling the claim of anti-Semitism distracts from the actual problem – these critics are anti-Zionist.

Israel’s “settlements” in Judea and Samaria strengthen Israel’s security, add to Israel’s democratic values, and are according to some experts legal under international law. Israel gives full human rights to all the Palestinian Arabs under its control. Many Zionists disagree and maintain that Israel’s presence in Judea and Samaria might be correct in an ideal time, but in today’s less than ideal circumstances, Israel and the Jewish people are better served by not controlling Judea and Samaria.

Today we find all kinds of activists that decry Israel’s control of what they call “The West Bank.” They label it as undemocratic, an “occupation” and dangerous to Israel’s security. There are various reasons for their condemnation of Israel’s rule and presence in Judea and Samaria. Like criticism of Israel itself, some of their challenges are consistent with Zionist ideals and others stand in contrast to them.

Rashi, an 11th Century Jewish scholar opened his commentary on the Torah by explaining that the Torah includes the story of creation and not just laws to preclude Gentiles accusing the Jews of being “Robbers, because you took the land by force. The Jewish people can then reply, ‘All the earth belongs to God for He created it and gave it to whom He pleased and He gave it to us.’” A Zionist believes that the entire land of Israel is the historic, legal and Divine right of the Jewish people.

Opposing “settlements” becomes anti-Zionist when the opposition to a Jewish presence in Judea and Samaria isn’t dependant on pragmatic concerns, but idealistic ones that call the Jewish people’s rights to the heartland of its homeland into question. When Jews or Gentiles assert that Judea and Samaria isn’t Jewish land they undermine the most important tenet of Zionism – that the Jewish people have full rights to all of the land of Israel.

Another straw man argument is the rabbit hole of who is or isn’t Pro-Israel. Impossible to define, and subject to multiple interpretations, accusations of being anti-Israel or boasting of Pro-Israel bonafides are mere distractions. Zionists must stand strong and insist to the world that all of the land of Israel is the property of the Jewish people. Two aspects of this battle are unfortunate. The first is that even after 70 years of Israel’s founding we are still fighting the same battle for legitimacy, and second that unlike Rashi’s concern that we’d have to fight Gentiles for rights to our land, some of the loudest anti-Zionist voices belong to fellow Jews. It is incumbent upon Zionists, even those who think that pragmatically now is not the time to control Judea and Samaria, to loudly proclaim Jewish rights to Judea and Samaria. If Zionists are silent about Jewish rights to the land of Israel the louder voices of anti-Zionists will prevail until one day the Jewish people’s claim will have lost credibility.