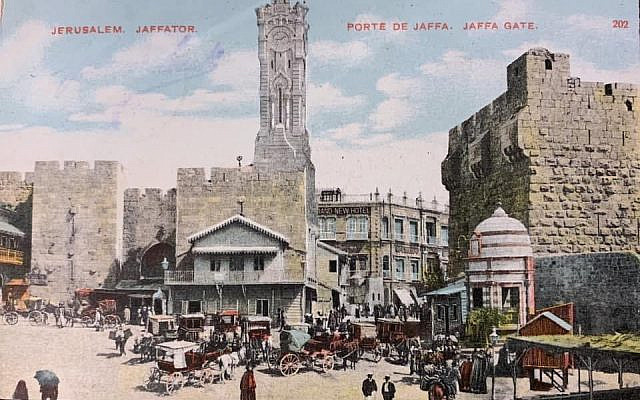 This is an old letter I bought in Jerusalem, just off of King George –

I found it in a shoebox next to a basket of old Israeli coins: 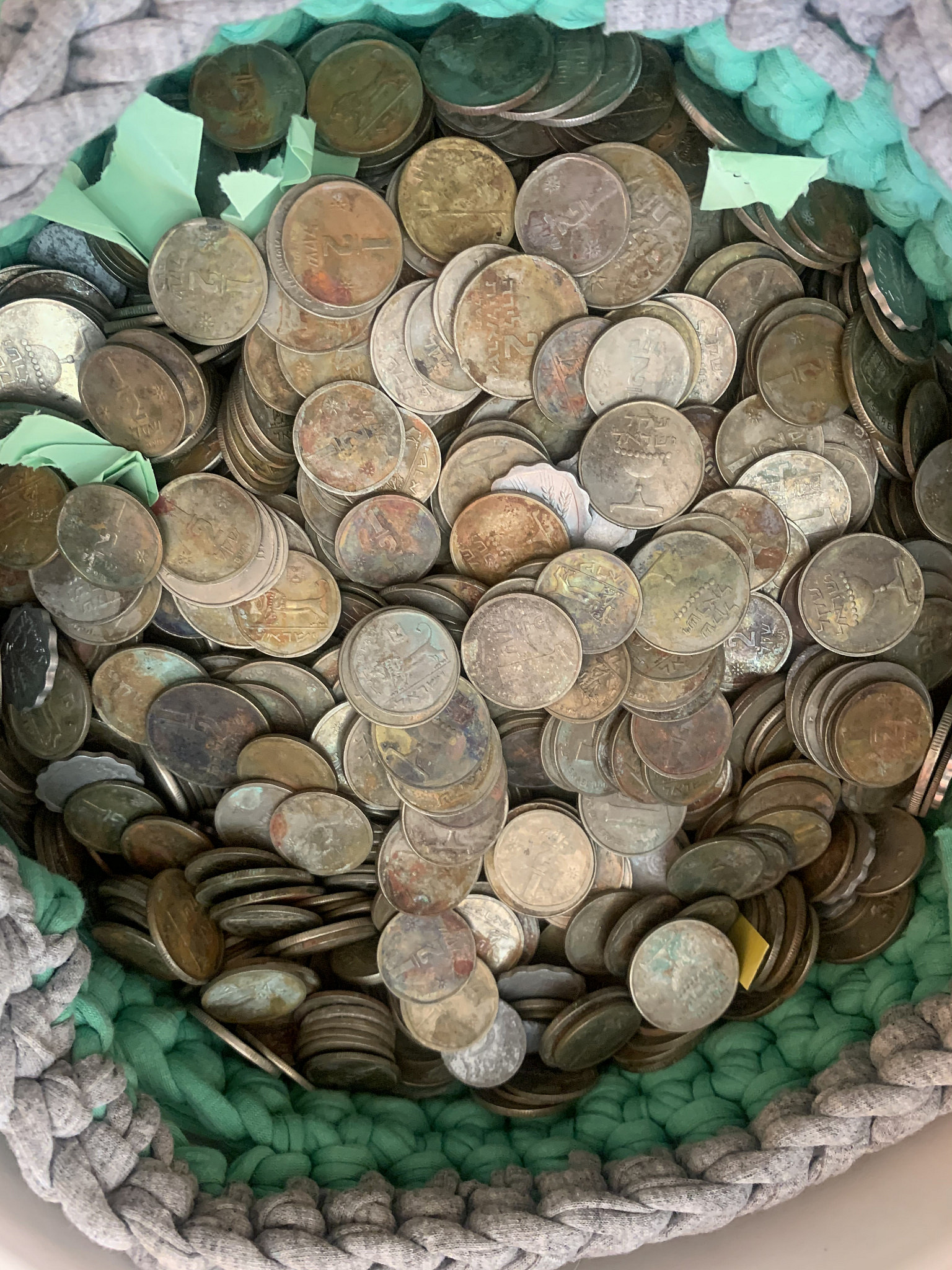 I love this stuff, looking through these letters, or photos or other found objects. The human history of this place between my fingers, the people who opened their windows in the morning and fed the stray cats, and made coffee, and baked bread. The people who shared this place with their words and deeds and squares and friendships and love stories.

So I love to find things like this – it’s a window back in time to another world, a world right here.

Quick historical context for those dipping in: in 1917,   the Great War (World War 1) was still raging, millions dying.

Jerusalem was still in the last dying gasp of the Ottoman Empire. 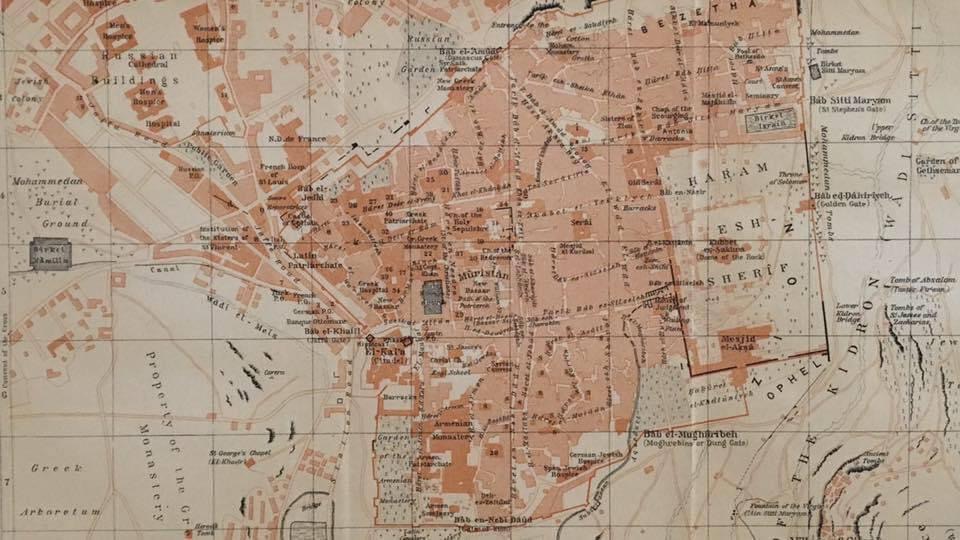 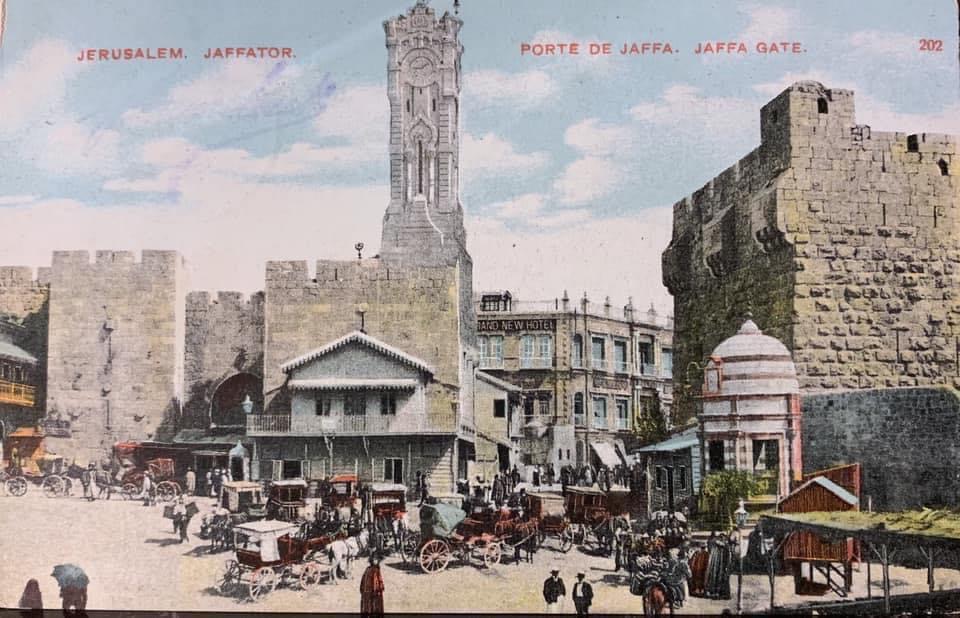 A postcard of Jerusalem from the around 1912

And somewhere a man named Nathan wrote to Tamara.

The card is written in German.

The card itself says “Made in Germany”

There is no address on the card – either it was mailed in an envelope… or it was simply never sent.

The writing on the front says “Happy Eid” in Arabic script but in Turkish. It’s hard to tell if that was part of the original design or added later.

With the help of Sascha Neuberger, Corina Martinas, Zsuzsi Schindler and Sara Hershkowitz we were able to decipher it. 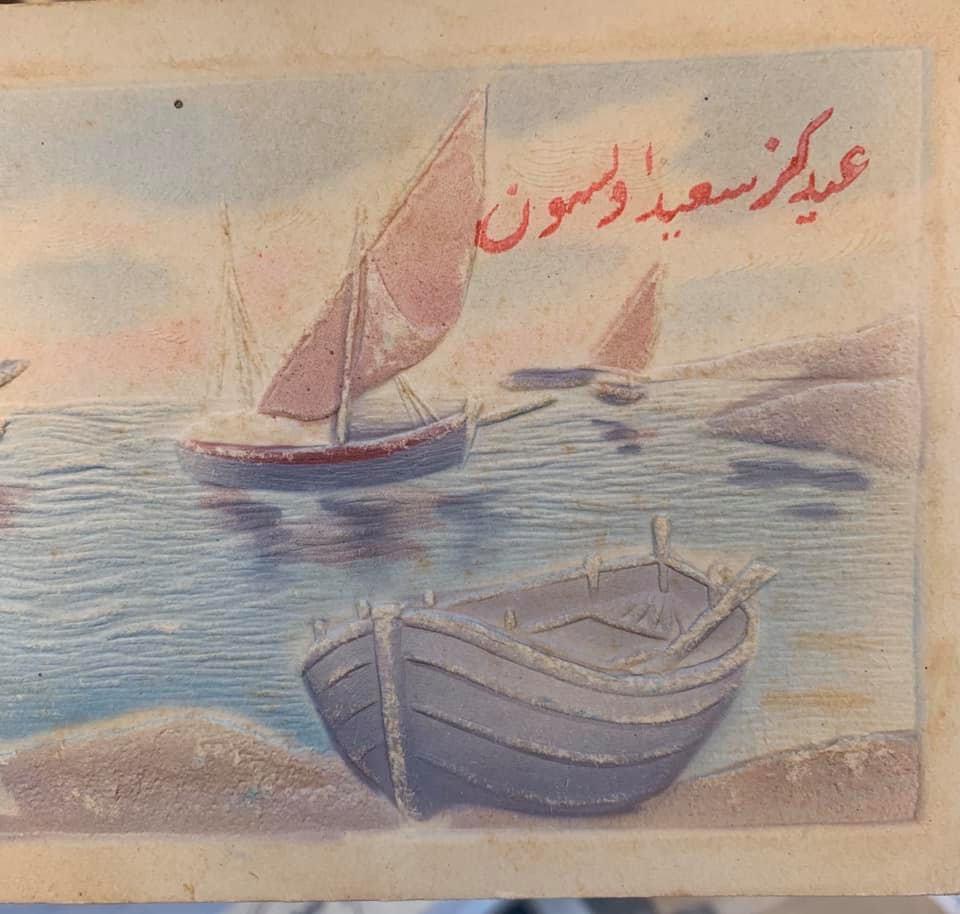 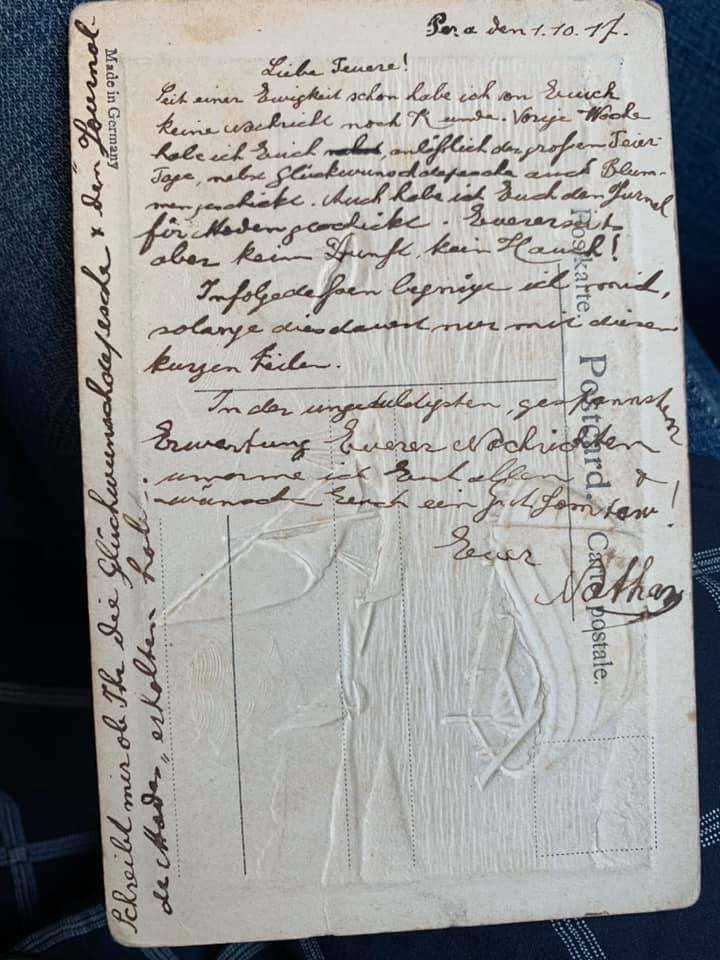 I have received no writings nor tidings from you since an eternity! Last week I sent you well wishes via telegram and flowers on the occasion of the High Holidays. Also, I sent you the Journal Für Moden.

On your part, no call, no whiff!
Hence, I content myself by writing these short lines.

THE FOLLOWING TEXT APPEARS BELOW THE LINE DRAWN BY THE LETTER’S AUTHOR.

In the most impatient and most eager anticipation of news, I embrace you all and wish a Gut Yontef (which is Yiddish for Happy Holiday)

TEXT WRITTEN ON THE SIDE:

Write to me if you received the telegram and the journal de mode.

It gives me goosebumps , looking through this window into the past — and despite the old fashioned words the frayed edges and yellow paper, the feelings are poignantly relatable: it seems that 103 years ago, Tamara was ghosting poor dear heartsick Nathan.

I wonder if she changed her mind an  wrote him back, and they saw each other again and got married and maybe somewhere their grandchildren and  great grandchildren are reading this.