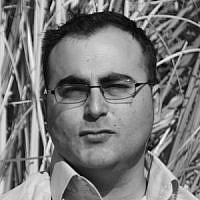 How come we live in a world that equates those that perpetrate terror attacks against Israelis equal to those murdered? Even after the attacks in Paris and the round-up of a terrorist cell in Belgium, the world still does not equate attacks on Israelis by terrorists as terrorist acts.

That is exactly what several major media outlets did following the November terror attack at the Bnei Torah synagogue in the Har Nof area in Jerusalem when headlines such as “4 Israelis, 2 Palestinians Dead in Jerusalem” and “Six Killed in Jerusalem” were written, and yet again after Wednesday’s terrorist attack in central Tel Aviv.

The headlines that some of the leading international news outlets chose to write would be equal to if the United States decided to put the names of the 9/11 hijackers on the World Trade Memorial because they, too, died in the attack.

This sounds preposterous!  But, so does the notion of having headlines such as “A Palestinian man is shot and injured by security officers” and “…in what the police said was a terror attack”.

Following protests, the media organizations changed these headlines.  However, I am less interested in their apologies and corrections and more interested to understand the cause and root of such actions.

When did terrorists become the victims?

We live in a world where Western democracies are worried about neutrality. They cannot appear to choose one side over another.  But, what they don’t understand, is that by deciding that the cause of injury of a victim and of the perpetrator are equal, it is in fact choosing sides – it is choosing the side of the terrorist over that of the victim.

Today, every action is dissected by both sides. Every word is carefully analyzed and every picture is critiqued. A verdict is made. The media has sided with Group A or Group B. The victor can rejoice and the other side can complain.

Once again, thanks to the actions of several media outlets, terrorists were able to claim victory – not only for injuries they afflicted but also for the victory they received from the press which made their injuries equal to those of their victims, while those attacked by terrorists were left to lie on the floor.

Unfortunately, this seems to be a recurring trend which is only gaining momentum.

And yet, when Hamas releases the number of casualties, there is no word usage such as Hamas “claims”.  However, the media would say that it is a “suspected” militant’s home, rather than definitely their home.

These words might seem insignificant, but it is these slight word usage changes that has allowed the victim to now be equal to the perpetrator.  When these small additions started appearing in the press – “claims”, “suspected”, etc. – and no one objected, the line between victim and terrorist began to thin and the equalization of the two only got stronger.

Unfortunately, this equalization did not start in the press – it began in the international arena, at home at diplomatic tables and in the arena known as the United Nations.

Following Operation Cast Lead, the United Nations put together an international fact-finding mission “to be appointed by the President of the Council, to investigate all violations of international human rights law and international humanitarian law by the occupying Power, Israel, against the Palestinian people throughout the Occupied Palestinian Territory, particularly in the occupied Gaza Strip, due to the current aggression, and calls upon Israel not to obstruct the process of investigation and to fully cooperate with the mission.”

This, and other, one sided statements and resolutions by world leaders and organizations set the tone for the media’s equalization of Israeli victims and their perpetrators.

What people see from the press’s coverage from the latest attack in Tel Aviv and from the November attack in Jerusalem is that commuters riding the bus on their way to school and work were repeatedly stabbed and worshipers in a synagogue that were gunned down and then axed to confirm the killing are no different than the terrorists themselves.

While “A Palestinian man is shot and injured by security officers” is correct, it is not accurate. “Terrorist is shot and injured by security forces following the stabbing of 13 people” is a more accurate headline.  However, such a headline is one the press would not use since they would not call the perpetrator of such a crime in Israel a terrorist.  If you read the coverage very carefully, you will note that often, the only usage of the word “terrorist” in articles is a quote from Israeli leaders or spokespeople.

As we reel from the aftermath of another terrorist attack in the streets of Israel, one must ask for how long, and to what extent, will the world allow Israeli victims to be considered equal to the terrorists that killed them? And for how long will we allow this double standard to take place.