Today is Tisha B’av, the great day of mourning in the Jewish year. I want to relate this day to a current event that demonstrates how the Jewish people are still living in exile in the Land of Israel.

In the neighborhood of Nayot, near the Israel Museum, a holistic, healthy, ecological-aware preschool called Mayanot Rabbi Chiya has flourished for the past ten years. It manifests a holistic vision for educating young children within the municipal preschool system. The preschool has had an unpaved outdoor play area, with many mature trees, fruit trees that the children have planted, and an herb garden. For various reasons, the Municipality of Jerusalem is forcing it to move to a different neighborhood, where it will likely not have a similar unpaved outdoor space, fruit trees, or herb garden. For many if not most of the municipal preschools in Jerusalem, the outdoor play areas are covered with concrete, stone, or a rubber-like surface made from car tires. The reasons for this are complex, having to do with bureaucracy, health guidelines, and perceptions of safety or aesthetics. To have a preschool with an unpaved play area requires a significant amount of public effort, political will, and bureaucratic goodwill. 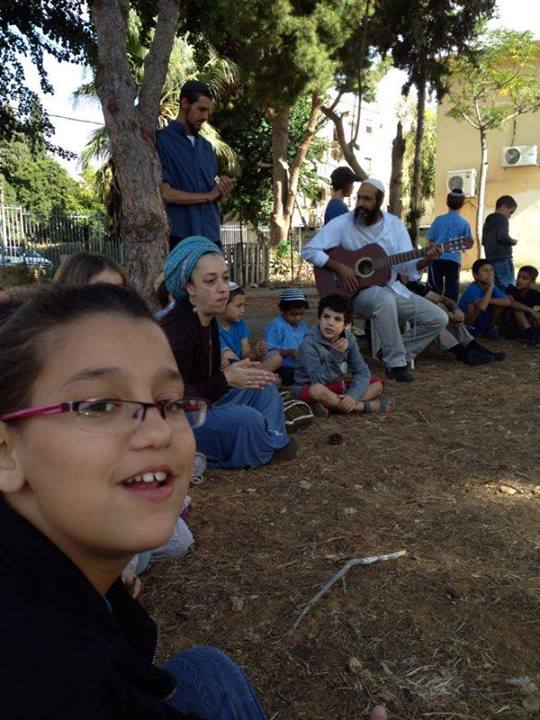 The same Jerusalem society that disconnects its children from the earth suffers a range of ecological and health challenges. Many city residents throw garbage on the streets each day, causing the Municipality to employ hundreds of trash collectors to ply the streets picking up trash. While thousands of people in Jerusalem pack the malls on Friday, very few people enter the ‘green belt’ of forests that surround Jerusalem. The entrees served in most municipal preschools follow a common theme of processed meat: sausages, hamburger meat, hot dogs, and fried chicken. And one-third of Jerusalem’s sewage — including from the holy sites of the Old City and the luxury hotels nearby — flows untreated through the Kidron Valley to the Dead Sea.

The eviction story of this preschool is a symptom of a much broader problem of the urban, consumerist society ascendant in the modern land of Israel. It has little desire for its children to be connected to the earth in a meaningful way. This distinguishes the current time from earlier periods in Zionist history, when the Jews living in the land were intimately connected to the land. It is one thing to go on field trips on occasion into nature. It is something entirely different to set foot each day on the earth, play in it, and feel connected to it.

What does it mean for children to play outside without touching the earth or being near trees? They might experience “‘nature deficit disorder,” a term coined by Richard Louv in his book, “Last Child in the Woods”  The 2015 Outdoor Participation Report notes the little amount of time that children in the U.S. are outdoors. As Timothy Egan writes in the New York Times based on Louv’s book, “Kids who do play outside are less likely to get sick, to be stressed or become aggressive, and are more adaptable to life’s unpredictable turns.”[1] Especially for the urban children among Jerusalem’s 850,000 inhabitants, access to nature at school is key, since most children don’t have it when they return home from school. To reduce stress and aggression through access to nature is essential in a city frequented by tension.

When the tractors come to uproot the fruit trees planted by many dozens of children over the past 10 years, I will cry for the Jewish people for what we are inflicting on ourselves in the name of progress. What type of future do we seek for our children? How does the educational environment that we create influence what they value and how they act?

It is also noteworthy that this year is a Sabbatical year in the land of Israel. As the Bible says, “in the seventh year, you shall let it rest and lie fallow.”[2] I have been asking the question: should not tractors also cease to work in a Sabbatical year, since their impact on the land is much greater than a hoe or plow? According to the letter of the law, only agricultural work is forbidden, so about 99% of Jewish Israelis are continuing to work as usual this year, including those operating tractors in the construction sector. Rabbi Abraham Isaac Kook, the first chief rabbi of pre-state Israel offers an expanded vision of what the Sabbatical year could be if we choose to live according to a higher vision. He wrote, “What Sabbath does for the individual, the Sabbatical year does for the nation as a whole.”[3] In our current state, business as usual continues, with massive tractors drilling many stories into the earth to make foundations for tens of luxury apartment towers in Jerusalem.

In the coming weeks, tractors are set to come to the preschool to uproot the fruit and other trees in order to pave over the earthen play area. It will be an ironic, if not fitting, end to this 21st century Sabbatical year. Hundreds of other tractors have continued work this year in expanding highway 1 between Jerusalem and Tel Aviv, and highway 65 in the Galilee, uprooting thousands of trees in the process. So this Sabbatical year, tractors manifest industrial societies’ dominion of the earth. 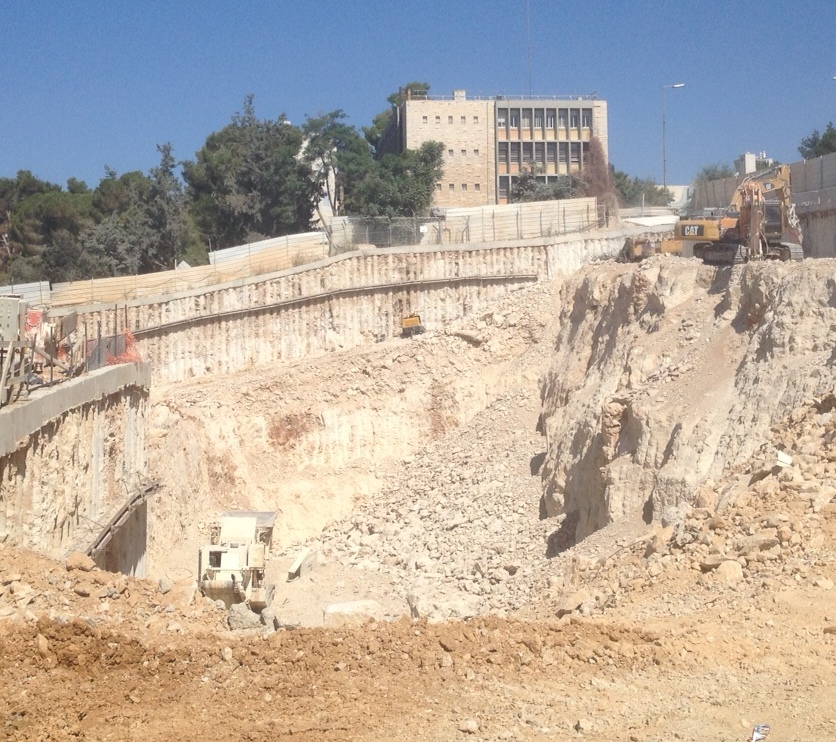 What is amazing about the preschool Mayanot Rabbi Chiya is that children learn Jewish values from the Torah in a natural context, thus bridging religious values and nature awareness. In this way they repair the millennia-old disconnect of the Jewish people from their land, and the earth in general. As Rebbe Nachman of Breslov said, “Know! When a person prays in the fields, all the flora enters into the prayer…”[4]

So this Tisha B’av, as the juggernaut of industrial society runs roughshod over my son’s preschool, I want to pause and reflect on the current exile of the Jews and much of humanity from living in balance on this earth and with the land that the Creator has given us.On behalf of my children’s future and the ten or so trees in the preschool yard that will meet their Maker post-Tisha B’av, I say: I speak for the trees and the children, for the trees have no tongues and the children cannot write. They both know that a different, elevated, greener, beautiful future is possible, and they are hoping that those with the maturity and wisdom today will be able to use their power and authority on their behalf.    May we transition soon to a more enlightened way of living, and merit to see peace in this holy city and in the whole world.