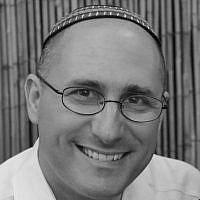 The Blogs
David A Levy
Former US Navy Officer and Diplomat
Apply for a Blog
Please note that the posts on The Blogs are contributed by third parties. The opinions, facts and any media content in them are presented solely by the authors, and neither The Times of Israel nor its partners assume any responsibility for them. Please contact us in case of abuse. In case of abuse,
Report this post. 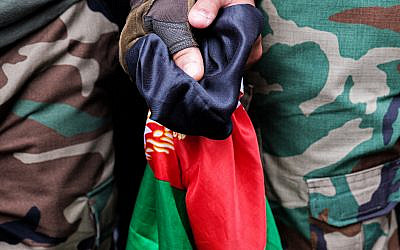 With the tragic and completely avoidable events unfolding in Afghanistan caused by the abrupt withdrawal of US forces, pundits and politicians are seeking cover with the all-to-expected refrain, “No one could have predicted.”

In fact, it seems that many could have predicted the rapid Taliban takeover, including the Pentagon and the intelligence services, the details of which will be revealed in the postmortem.  More generally, however, these proximate reports were unnecessary.  Over a century of US military and foreign policy history has already informed us of the outcome.

When the US remains, there is peace and stability.

The US has kept tens of thousands of servicemen and women in Western Europe and Japan for over three-quarters of a century and South Korea for nearly as long.  These nations enjoy not just peace and stability but also prosperity and democratic governance.  Poland and Romania have joined the list of countries to benefit from a US military presence as they transition from Soviet satellites to NATO democracies.  The US has bases in the Persian Gulf in Bahrain, Qatar, Kuwait, and more from obligations inherited from the UK.  These countries, lacking the liberties of Western Europe, still have stability, and they also enjoy the deterrence the US provides against regional threats like Iran.

However, when the US leaves, things go to Hell.

This was the outcome in Iraq, Vietnam, and more, including even the Confederate States of America.  The examples provided do not imply that leaving is not sometimes the right thing to do, especially when looking only at US interests.  It does mean that the place from which the US has departed can expect a fall into chaos and violence.

At the end of the American Civil War, the Union Army occupied the South.  At first, things went reasonably well.  In March 1867, Congress passed the Reconstruction Act, which required each former Confederate state to create a new government that included the participation of African American men and ratification of the 14th amendment as criteria to return to the Union. Things “went South” when the Union Army left.  President Rutherford B. Hayes returned “self-rule” to the Southern States as part of the Compromise of 1877.  What followed was the disfranchisement of emancipated African Americans.  Black Codes and Jim Crow Laws were enacted, ending voting and participation in elected politics for African Americans; economic and social mobility ended; and discrimination on a vast scale reestablished itself.  The brief moment of democracy in the South ended and would not return in earnest until the Civil Rights movement a century later.

The US signed the Paris Peace Accords in 1973, ending US direct involvement in the Vietnam War.  The agreement called for a cease-fire, withdrawal of US forces, the release of POWs, and eventual peaceful reunification of North and South Vietnam.  Even before the last American troops departed, the agreement was violated.  The People’s Army of Vietnam (PAVN) terminated the cease-fire, and by early 1974 full-scale war had resumed.  A year later, the PAVN captured Saigon.  The former government of North Vietnam, the now Democratic Republic of Vietnam, executed some 30,000 South Vietnamese and placed an estimated 250,000 people in re-education camps.  Another million people fled Vietnam by boat.  With an estimated 200,000 dying at sea.  The Vietnamese boat people mainly fled to unprepared Southeast Asian countries, causing a catastrophic humanitarian crisis.

Failing to achieve a revised status of forces agreement, US military forces left Iraq by December 2011.  With the US presence gone, the Islamic State of Iraq and Syria (ISIS) flourished.  In 2013, ISIS claimed nine Syrian provinces under its control, including Raqqa and Homs.  By 2014, ISIS was able to capture Fallujah and Mosul in Iraq.  Having thus grown from a terrorist organization to an occupying army, ISIS declared itself a caliphate with Abu Bakr al Baghdadi as Caliph and renamed itself the Islamic State.  ISIS is responsible for killing hundreds of prisoners of war and over 1,000 local civilians. Its adherents conducted 140 international terrorist attacks in 29 countries outside Syria and Iraq – including the November 2015 Paris attacks, which killed 131 and injured 413 people.  ISIS attempted the genocide of the Yazidi peoples, conducted beheadings and mass executions, engaged in forced marriages, and in the trafficking of women as young as 12 as sex slaves.

This pattern of things going violently awry with a US withdrawal has also played out in Lebanon, Libya, and Somalia.

The lesson is simple.  US forces should remain in places in areas in which the US wants peace and stability.  If leaving is the chosen path, accept that chaos will follow.  Promising a US military departure that will create peace and stability in its absence is gross negligence at best.

So, yeah.  Afghanistan was predictable.

About the Author
David Levy is a retired U.S. Navy Commander and diplomat. He was the Director for Theater Security Cooperation for U.S. Naval Forces Central Command and was the U.S. Navy Attaché in Tunis. CDR. Levy was a Federal Executive Fellow with RAND Corp., received his M.A. in National Security Affairs from the Naval Postgraduate School and his B.S. in business from SUNY Maritime College.
Related Topics
Related Posts
Comments