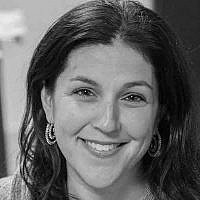 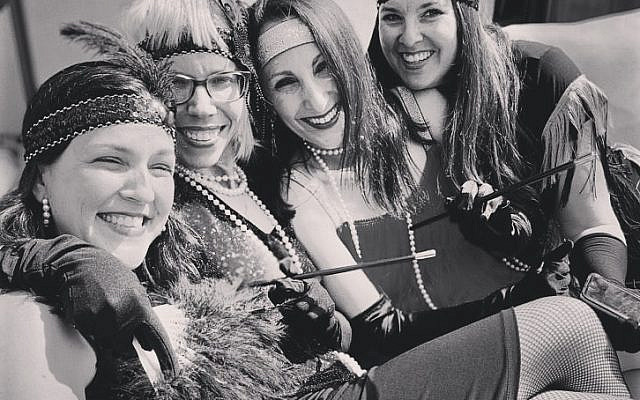 I’m an American living in Israel. That means that I am not meant to be here in August. I am supposed to escape the grueling heat and humidity of central Israel and replace it with the ever-changing summer weather in North America. All year, I look forward to time spent in my childhood home sleeping in the one bed whose comfort level almost rivals that of my own and to drinking the gazpacho that is always available in my mom’s fridge.

It can’t possibly really be August right now. If it is August, then my kids should be getting their annual dose of American (and a little bit of Canadian) culture at camp and at baseball games. I should be stressing about how I’m going to pack all of my Target purchases and being grateful that even my 8 year old has enough status on Delta to warrant two free checked bags.

In my head, time stopped in March. The last “normal” thing I remember was our annual Purim celebration at friends. The theme was the 20s (get it…because now it’s 2020…that was back when we didn’t know that 2020 would be such a terrible year) and we all dressed up and had a wonderful time. There was a weird undercurrent though – we all felt it, like we were standing at the edge of something. Something unknown and scary and potentially very very bad. Somehow we knew that this Purim party was going to be the last time for a long time that this large group of friends would be together, carefree and not thinking twice about sharing plates of food or putting our arms around each other for pictures.

And then it happened. School moved online. Restaurants were closed. Flights and travel plans were cancelled. Soon we were not even allowed to go more than 100 meters from home. I could see my biggest fear and the single largest driver of my anxiety issues about to materialize – being completely trapped. Just to clarify, I’m more than happy to stay home and not go anywhere, but I like knowing that it’s my choice and that I have the option of getting on a plane and flying to a far off land, or, at least being able to go out for coffee!

I realized that I had two options: I could either completely and utterly freak out or I could gather all the strength I never knew I had and just deal with the situation. While I definitely wanted to do the former, thankfully I managed to do the latter. And I’ll share my secret – I decided that time had lost all meaning. While other people were making jokes about how all the days were blending into each other and March was 756 days long, it wasn’t a joke to me. I made the very conscious decision that it did not matter what day it was or what time it was. The only thing that existed in my head was the next 24 hours. I absolutely would not allow myself to even consider anything beyond that at any given moment. While this drove my “I need to plan everything in advance” husband crazy because I could not discuss Passover plans with him even a week before the holiday, I am 100% convinced that this is what kept me sane during those first few weeks (months? Who cares…time has no meaning!) of the pandemic.

Not thinking beyond the next 24 hours was freeing in a way. Practically speaking, it meant that I didn’t have to think about what we were going to eat for dinner all week, that it didn’t matter what time anyone woke up or went to sleep, and that taking a nap mid-afternoon and then working into the night was a common occurrence.  Let’s be honest though, I would have done all those things anyway – I didn’t need to declare that time has no meaning just for that!

Letting go of time did something else for me. It allowed me to be completely and only in the present moment. I wasn’t able to think about the next thing that had to be done. I couldn’t plan our next trip because there were no flights. I couldn’t stress about how to drive 3 kids to 3 different places at the same time because no one had anywhere to go. I didn’t have to come up with excuses about why I wanted to cancel dinner plans because there were no dinner plans.

The only thing I could think about was whatever I was doing in that exact moment. Maybe it was taking a nap. Maybe it was work. Maybe it was playing a game with my kids. It probably wasn’t cleaning the kitchen or doing laundry. Every time a thought tried to creep into my head about the future and how long this pandemic was going to last and how many people were going to die and what was going to happen to the economy, I pushed it away, reminding myself that if it wasn’t something I could do anything about in the next 24 hours then it didn’t exist for me.

Some might say that this sounds like denial. And maybe it was. Whether it was denial or just a really good coping mechanism, it worked.  I honestly don’t remember at what point I started being able to think more than 24 hours ahead again. It definitely happened because I don’t get heart palpitations anymore at the mention of future dates and I can even flip ahead in my calendar to see what’s coming up. At some point between when time stopped in March and when I realized it is, in fact, August, I suppose time started again.

I’m glad time kept on going even when it had no meaning because that (hopefully) means we are getting closer to the end of this craziness. I’m also glad that I experienced letting time go and forcing myself to really and truly be in the present moment. Yes, moving forward and thinking about the future is important. And, yes, there is nothing like thinking back on the past and re-living happy memories. But, we are living in the present – sure, it’s a hard place to be especially right now, but there is also a whole lot of good to be found if you can take a moment and look for it.