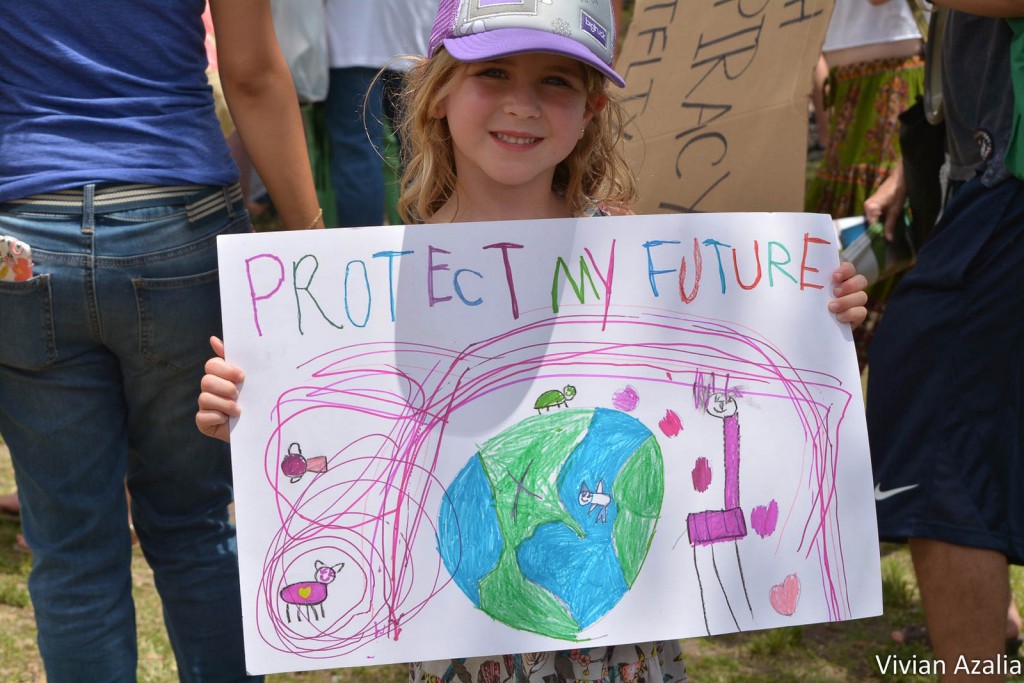 On Israel’s 69th birthday, many celebrate Israel’s successes in technology, agriculture, and economic growth. But when will Israel be a world leader for and shining exemplar for environmental sustainability, and in particular on climate change?

On Friday, hundreds of people joined the People’s Climate March Israel in Tel Aviv. The height of the march was outside of US Embassy next to the Mediterranean. This was a fitting place because the US and Israel are refusing to take the decisive action needed to address the climate crisis, which is rising sea levels and intensifying storms. It will threaten that very Embassy as well as many of the six million Israelis and Gazans living on the coast, as well as the 25 million people in Cairo to the south. In recent years, Gaza City has flooded due to extreme storms, as has the Ayalon Highway intersecting Tel Aviv.

A Jewish teaching relates that God said ‘enough’ to the oceans so that they would not swallow up the dry land. Yet in our times, our lifestyles are intensifying hurricanes, flooding, and sea level rise. 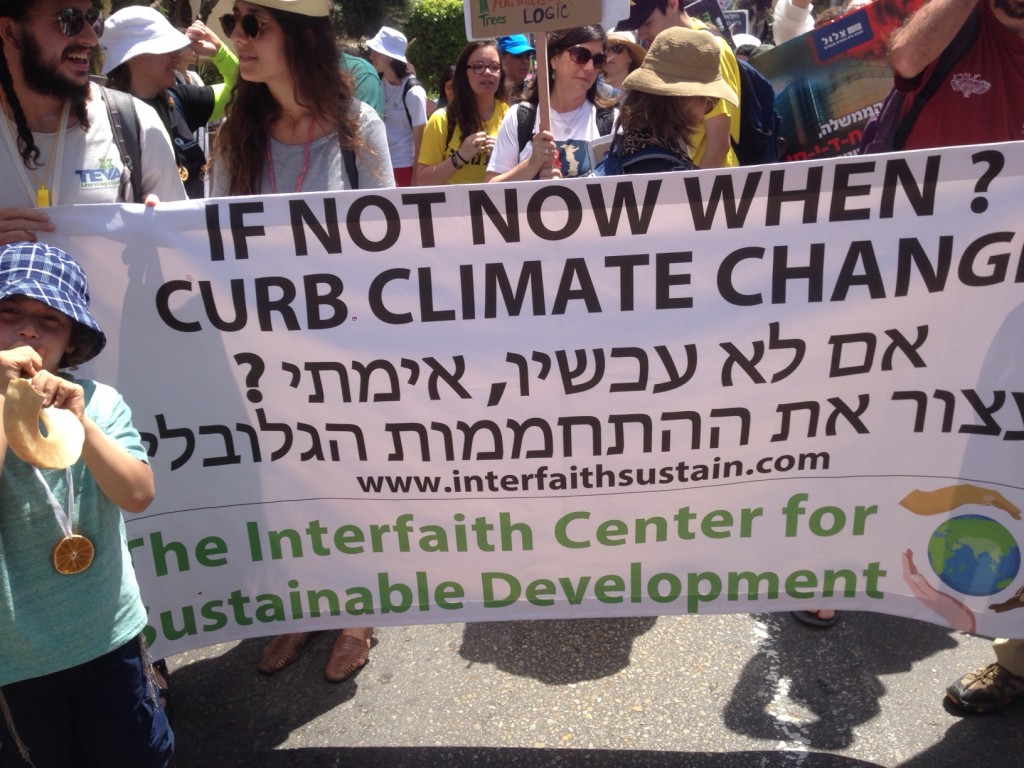 One of the leaders of the people’s climate movement, Bill McKibben, wrote: ” Unless the end to coal and oil and gas comes swiftly, the damage from global warming will overwhelm us. Winning too slowly is the same as losing… I’m looking forward to the next 25 years—the quarter century that will decide whether we make progress enough to preserve our civilizations. Together we’ve built a movement; now, together, we’ll deploy it to confront the greatest crisis we’ve ever faced. 2016 was the hottest year in the planet’s history; that means we have to make 2017 the politically hottest season the fossil fuel industry has ever come up against, and 2018 after that, …We have found our will to fight, and that gives us a fighting chance to win.”

One striking similarity between the US, Russia, Saudi Arabia, and Israel is how fossil fuel companies wield outsize influence on political leadership in regards to energy policy. In 1981, the Lubavitcher Rebbe called for rapidly switching to solar energy and ending dependence on foreign oil. In Israel today, only 2% of the electricity produced is through renewable sources. Prime Minister Netanyahu recently announced a new multi-billion dollar investment by US gas companies for infrastructure to drill gas from the Mediterranean. To do so is tantamount to accelerating the Titanic to full steam with the iceberg in site. 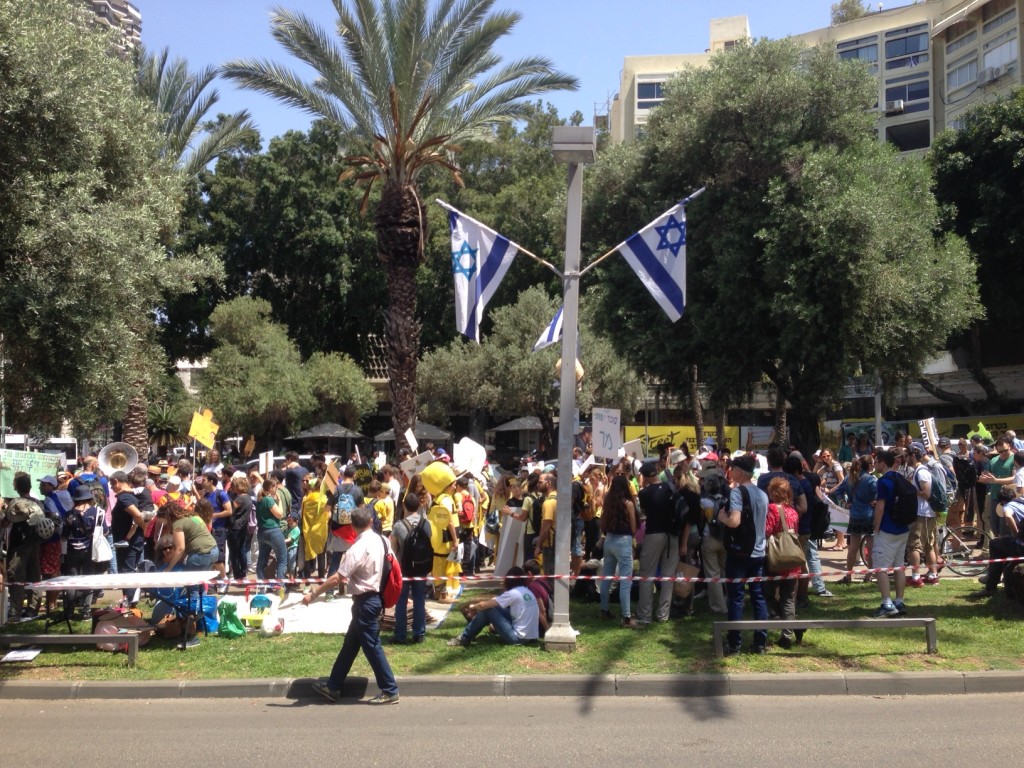 I noted in a recent post how Bill O’Reilly said, “no one can control the climate except God.” Is this so? Is this a bedrock theological principle? Not according to the heavy hitters in my religion.

How does this relate to burning fossil fuels into the atmosphere? The law of nature (according to the vast majority of climate scientists) says that there needs to be less than 350 parts per million of carbon dioxide in the atmosphere for human society and most other species, to be able to live on this planet. Prior to the industrial revolution, in 1800, there were 180 parts per million  (ppm) of CO2 in the atmosphere. We are now past 400 parts per million and rising every year. As NASA scientists write, “levels of carbon dioxide (CO2) in the atmosphere are higher than they have been at any time in the past 400,000 years… This recent relentless rise in CO2 shows a remarkably constant relationship with fossil-fuel burning, and can be well accounted for based on the simple premise that about 60 percent of fossil-fuel emissions stay in the air.” All of us putting carbon in the atmosphere at this point, especially significant amounts, are breaking the law. The law of nature. 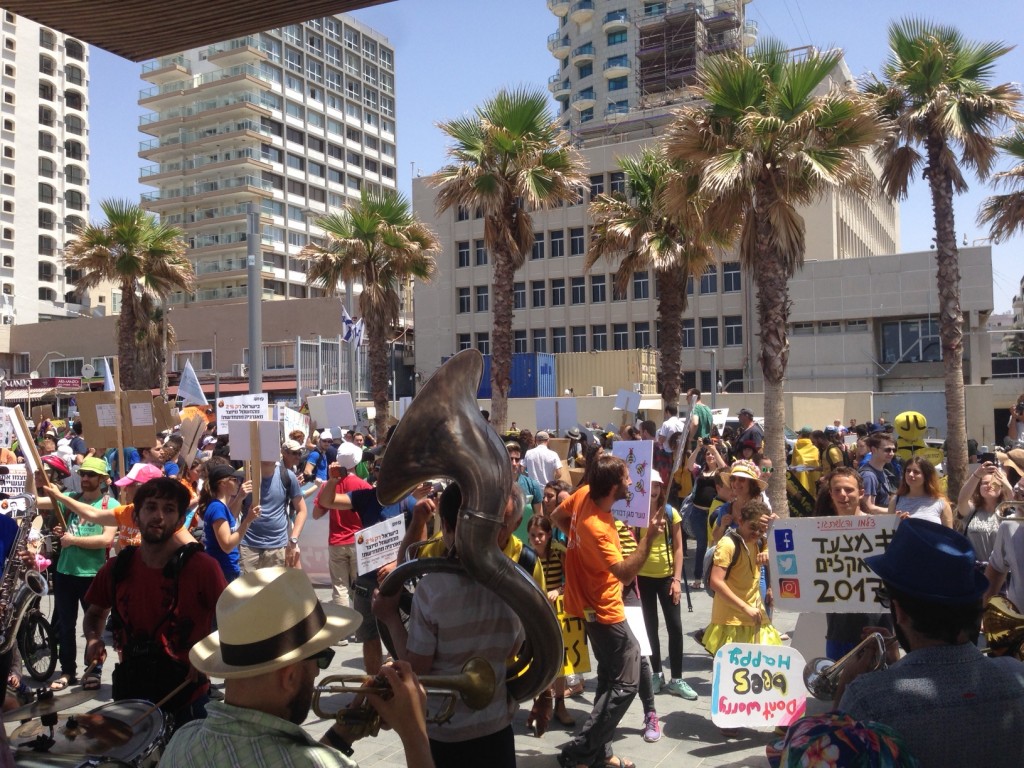 Outside of the US Embassy in Tel Aviv at the Peoples Climate March. Photo credit: The Interfaith Center for Sustainable Development

To turn the tide on climate change, a critical mass of people need to undergo consciousness change and consumption change. At a practical level, it involves bicycles and public transport instead of cars, and local vacations instead of jet getaways. May it come soon in our days. 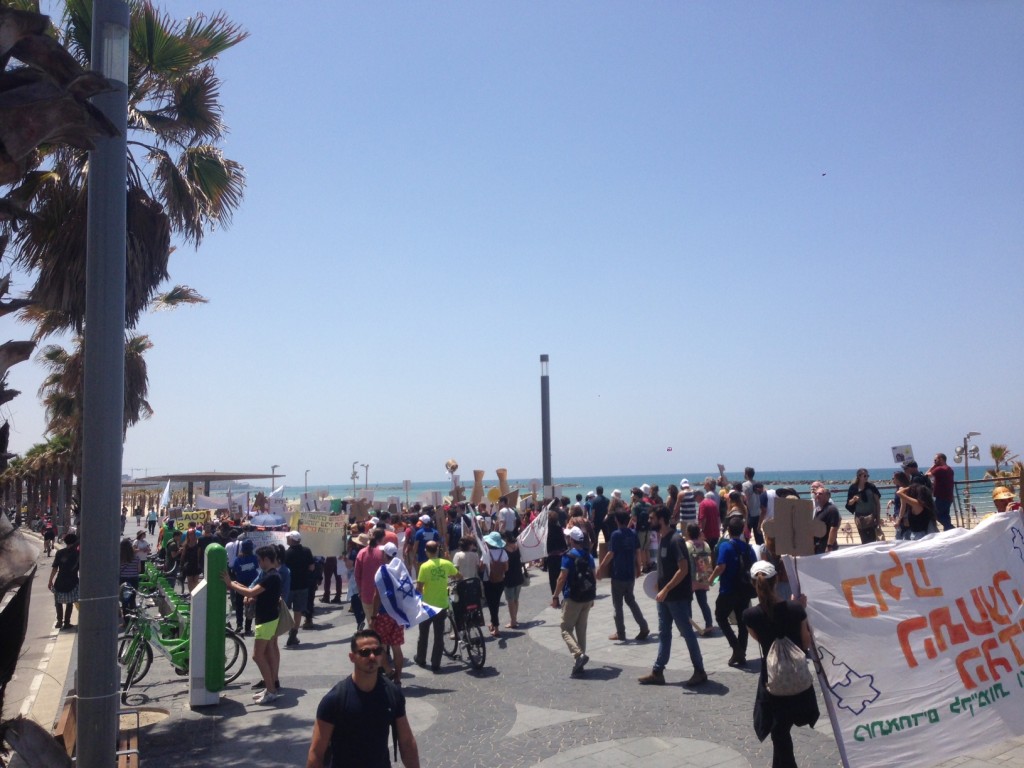 Outside of the US Embassy in Tel Aviv at the Peoples Climate March.
About the Author
Rabbi Yonatan Neril founded and directs the international Interfaith Center for Sustainable Development (ICSD), including its Jewish Eco Seminars branch. Yonatan is coauthor of the bestselling book Eco Bible, published by ICSD, which shines new light on how the Hebrew Bible and great religious thinkers have urged human care and stewardship of nature for thousands of years as a central message of spiritual wisdom. He has spoken internationally on religion and the environment, including at the UN Environment Assembly, the Fez Climate Conscience Summit, the Parliament of World Religions, and the Pontifical Urban University. He co-organized twelve interfaith environmental conferences in Jerusalem, New York City, Washington D.C., Atlanta, Los Angeles, and elsewhere. ICSD reveals the connection between religion and ecology and mobilizes faith communities to act. Yonatan is a member of the United Nations Environment Program's Faith-based Advisory Council, and of the Pontifical Universities' Alliance for Laudato Si' Advisory Council. As part of ICSD's Faith Inspired Renewable Energy Project in Africa, he has been involved in facilitating the development of a commercial scale solar field on church lands in Africa. Yonatan is lead author and general editor of two other books on Jewish environmental ethics including Uplifting People and Planet: 18 Essential Jewish Teachings on the Environment. Yonatan also co-authored three ICSD reports on faith and ecology courses in seminary education in Israel, North America, and Rome. Raised in California, Yonatan completed an M.A. and B.A. from Stanford University with a focus on global environmental issues, and received rabbinical ordination in Israel. He was a Dorot Fellow, PresenTense Fellow, and Haas Koshland Award recipient. He lives with his wife, Shana, and their two children in Jerusalem. He enjoys hiking and being in nature.
Related Topics
Related Posts
Comments