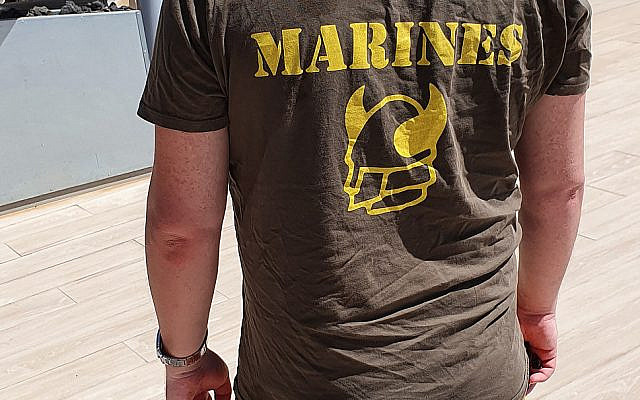 Me getting shit done. I think. (Courtesy)

What is going full Doron? Doron is a character in the Netflix hit Fauda. He flips tables to get shit done. And it backfires.

Today I went full Doron, I wanted a certain thing to not be postponed any longer. Not during Corona. It had to be done.

So I called the persons in question in order to get shit done. Simple as that. A fairly easy thing that would put my mind at ease and also a relief for most people around me. But as you all know Doron Kabilio’s actions often has dire consequences. So was the case for Jonas Amir Kadah today as well.

It started off easy — just hinting very subtly that the time has come to settle this thing once and for all. In order to secure everyones future, well-being and peace of mind. But NOWP. It went balagan. Complete Fauda. Except I had no backup to call in.

I got more aggressive, to a boiling point that exploded completely. I couldn’t hold myself back. So I told the individuals involved exactly what I felt. My version. Because I felt mistreated. Because I only wanted  to be there when the shit hits the fan. And the answer when I reached out to them was shit hitting my face instead.

Was it worth it? Was it appropriate? Yes and yes. Sometimes you have to let off your steam, be frank and tell it the way it is. Even if it means hurting someone else. Because if you don’t tell, and trust me I learned that the hard way – things spin out of control.

So I started being reactive, questioning how the hell they could not understand the seriousness of the issue and why they refuse to come to a conclusion. Or even explaining why in a satisfactory way.

It ended up with cursing. I cursed one of them for his stupidity and total lack of knowledge. And total lack of understanding. I know I was too hard on him, but in the same time he started with his condescending and ignorant bullshit talk. So I had to bring out the big artillery in the form of punching where it hurts him the most.

I won nothing from either of these two individuals at the end of the day. They mean a lot to me. But people that means a lot to me also deserves to know the truth and exactly how I’m feeling about it. Trust me – I’ve learned this the hard way as well, actually even lost some friends on the bumpy road that is my life.

The sad thing is that no one gained anything else today but pain and sadness. And it’s so sad. It shouldn’t be that way.

The even sadder thing for me is that I never learn how these two individuals works. I’ve known them for the most part of my life, yet time after time, Incident after incident, Conflict stacked upon conflict – I never learn from experience. I always try to mend the relationship, I go lengthy ways in order to try repairing them. Find a way back, dreaming of having a mutual trust and understanding between each other. Instead it is the opposite.

Then, in my little brain – Doron goes full Doron. He doesn’t hesitate to take conflict or a fight. Even though it takes the toll out of me. Can Doron please just go away? Nowp, he is there. He is what I am.

This is my biggest strength and my greatest weakness. When Doron-mode is switched on, I can get shit done, so quickly that no one even had the time to react. Because in the end I’m profiled that way – get shit done and move on. That works in some cases and has given me endless opportunities. In the same way it has backfired. Hard. I’m painfully aware of that. By being reactive instead of proactive my bumpy road gets some twisty turns as well.

So yes – it’s a personality trait I have. I try to control it but with little success. I suppose this comes with my survival instinct and the shit I’ve been through. Shit like getting thrown out at the age of 16. Always feeling rootless. Not having the privilegium of having any form of support. I had to make it on my own. And so I did.

That is why I can be a bit too hard, I judge too quickly, I don’t have the time or let alone energy to debate questions in absurdum. I don’t work that way.

Sometimes people feel I’m too intense because of this. Because I’d rather just take a so-so decision now to move along – instead of thinking, analyzing and having a softer touch on things.

But when I’m not hard, I cry. Or I can have anxiety. Not very seldom in combination. That’s when I turn off the lights and stay in bed.

A friend of mine, a Rwandian Tutsi, double the size of me told me “Hey, don’t go full Doron now..”. Yet Doron’s impulsiveness and the will to solve situations continues and it will still be who I am. For better and for worse.

How many times can you count to Doron and shit in this text?