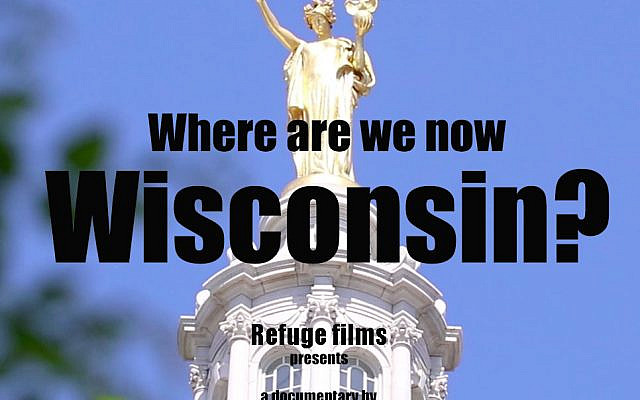 Two memories stand out in my mind from last summer just before my wife and I moved from the US to Israel. One has to do with conspiracy theories, the other with Trump supporters.

So, there I am, sitting in a coffee shop with a friend whom I haven’t seen in ages. We’re catching up on each other’s lives, and he tells me that he’s been reading a lot about conspiracy theories. The assassination of John F. Kennedy and the World Trade Center bombing are two events he now questions. He believes that former Texas Governor John Connolly, and others, might be reasonably linked to JFK’s murder. As for the Twin Towers, he says there may have been some kind of (US?) government involvement.

This is like an Israeli insisting to me today that a radicalized orthodox Jew did not assassinate Prime Minister Yitzhak Rabin, that instead Rabin’s murder was a government conspiracy. Or another declaring that the Covid-19 pandemic was hatched by Bill Gates, George Soros, and the World Health Organization.

What’s more, my friend, a Jew from Chicago, also questions the Holocaust. He tells me he thinks the number of Jews killed may be closer to 1 million. Are there people in Israel who believe that, too?

My other memory from last summer is of Trump supporters I tracked down in my state for a documentary I produced in anticipation of the 2020 election. A long-time Democrat, I already knew where people on my side of the aisle stood. I wanted to hear what people on the other side were thinking.

The Republicans I found in my state were not fire-breathing dragons of the Alt Right. I did not agree with them on a variety of topics, but I did find some common ground, and, overfall, I felt they were friendly, well-meaning people who had appreciated my reaching out and, for the most part, and had talked reasonably about what they believed.

By my state, I mean Wisconsin, which supported Barack Obama in 2008 and 2012 by sizable margins, then turned red by a smidgen in 2016 to help elect Donald Trump president. The polls tells us that Trump now trails Joe Biden in Wisconsin by 2 to 10 points with about a month to go before the November 3rd election.

But who can place much faith in the the polls these days, considering what they told us about Trump’s chances in the last election?

As for my former home, with the threat of voter suppression, Russian hackers, Trump’s baseless allegations of ballot fraud, 200,000+ Covid-19 deaths, the shut-down economy, and the fatal shooting in Kenosha of two Black Lives Matters protestors by a Trump supporter toting an AR-15 style rifle, Wisconsin seems like a war zone. This has all come while Trump,  who calls himself the law and order president, has been in charge.

As I see it, my former home is  a toss-up, like the future of American democracy.

A New Jersey native who is proud to have lived in Wisconsin for more than three decades, I trust science and fact-based journalism over insupportable conspiracies theories. I value thoughtful leadership over hucksterism and rage-based partisanship.  So, for me, the November election is not about blue vs. red; it is a battle of reason vs. chaos.

Wisconsin, first inhabited by mastodon hunters 12,000 years ago and America’s 30th state, is the birthplace of Robert LaFollette, a leading light of the country’s progressive movement, and Senator Joseph McCarthy, the noted communist stalker.  You can look up what the history books say about their respective legacies.

The first televised debate between Donald Trump and Joe Biden was a wild circus. Would the tone and quality of discourse been different if Trump were not on stage?The big question before American voters today: Do you want four more years of conspiracy theories or science, an embarrassing spectacle or a return to civility?

Meanwhile, I invite you to watch the documentary I produced last summer with Wisconsin Republicans. In the film, they have their say, and I have mine, respectfully.  If you’d like to be part of a Zoom discussion about the film and the future of America, contact me at mbkornblatt@gmail.com