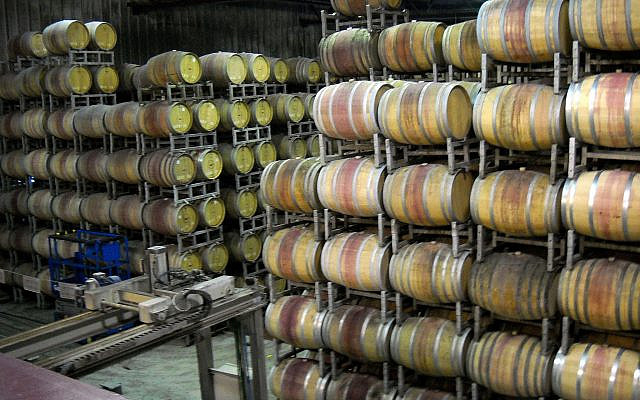 As we get closer to the Shmita (Sabbatical) year which begins on Rosh HaShana, we will have to consider where to shop. For those who would like to benefit from having the opportunity to eat produce with Kdushat Shviit (Holiness of the Sabbatical year), buying from the Otzar Beit Din (Storehouse operated by the Court) would be a good option.

What exactly is Otzar Beit Din and where does it originate from?

We are taught some of the laws of Shmita in Parshat Behar (Vayikra 25:1-6):

God spoke to Moshe on Mount Sinai saying:  Speak to B’nai Yisrael and say to them: When you enter the land that I assign to you, the land shall observe a sabbath of God. Six years you may sow your field and six years you may prune your vineyard and gather in the yield. But in the seventh year the land shall have a sabbath of complete rest, a sabbath for God: you shall not sow your field or prune your vineyard. You shall not reap the aftergrowth of your harvest or gather the grapes of your untrimmed vines; it shall be a year of complete rest for the land. But you may eat whatever the land during its sabbath will produce—you, your male and female slaves, the hired and bound laborers who live with you.

The ideal during the Shmita year was for all of the fields to be left open and everything grown there would be considered “Hefker” (ownerless). Whoever needed food would be able to go in and take what they needed. But what happens when you need a lot of different types of produce from all over the country? This is where the Otzar Beit Din steps in.

1) At first, agents of the Beit Din (rabbinic court) would sit at the entrances of the cities. Whoever brought fruits in his hand, they [the Beit Din] would take them from him and would give him from them enough food for three meals. The remainder would be placed into the otzar [storehouse] that is in the city.

We see in the Tosefta that the Beit Din did the work by harvesting, preparing and delivering the produce around the country.

The Otzar Beit Din that is in effect today follows the ruling of the Chazon Ish. It is a distribution system run by a Rabbinic court who serve as agents of the consumer. They take over the farms for the year and all of the harvesting, transporting and distributing that needs to be done. The produce is planted during the sixth year before Shmita starts and picked during the seventh year. Shoppers don’t pay for the produce, they only pay for the labor involved. The produce has Kdushat Shviit, and must be treated as holy. Special stores are set up all over Israel with Otzar Beit Din produce.

Otzar Beit Din is one of a number of solutions which help us observe Shmita today.

May we be blessed to enjoy the produce grown by the Israeli farmers throughout the upcoming Shmita year and beyond.