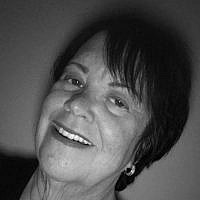 This past week the world saw the horrifying photo of the 3 year old Syrian boy facedown, drowned on a Turkish beach. No one with a heart can look at that and not feel sympathy as well as disgust for how the Syrian refugees are being neglected by the world. This little boy has become the symbol for the world’s impotent attitude. It’s baffling that Arab governments have turned blind eyes, claiming they can’t do more to open their doors a bit wider.

In our tiny country of Israel, there have been calls that we should take in some of these refugees. I have seen Facebook posts asking why the Jewish community hasn’t gotten involved in this humanitarian crisis. I am buoyed with hope and pride when I read that HIAS, the JDC, IsraAid and many other American Jewish organizations as well as inter-faith religious American organizations have indeed already sent monetary as well as physical aid to these Syrian refugees.

Before we beat our collective breasts this Yom Kippur, declaring that we have committed the sin of hard-heartedness, (Al Chet Shechatanu L’fanecha b’Emutz HaLev/ על חטא שחטאנו לפניך באמוץ הלב) we need to remember the “sins” of the Syrians who have yet to admit or share knowledge concerning the capture of Israeli MIAs for more than 30 years. There has been no information about the fate of Zechariah Baumel, Tzvi Feldman and Yehuda Katz since 1982. There is still no resolution since 1986 as to the whereabouts of Ron Arad. Guy Hever has never been heard from again since 1997. After each war that Israel was drawn into over the last 67 years, it’s been proven time and again that the Syrians treated Israeli soldiers with harshness and torture — never facing any war crime tribunals. Israeli families have somehow coped with the lack of knowledge about our MIAs, the torture and mistreatment of Israeli prisoners and the continual calls for the destruction of Israel.

Is it not natural to expect that as Israel has cared for its own (post-Holocaust), why not assume that fellow Arab countries would come to the aid of Syrian refugees, not only supplying them with medicines and food but literally air-lifting them to their countries as Israel has done? The United Arab Emirates, Saudi Arabia, Qatar, Bahrain and Brunei are among the richest countries in the world, having built the world’s largest indoor ski slope, the world’s tallest building, and a myriad of other such claims to fame. How do these rich-ladden countries get a pass and turn a blind eye? Why is there no expectation for them to bring their fellow Arabs to their homes?

In Israel we are consumed with strategies to protect ourselves (God forbid!) from Iran’s nuclear threat, ISIS which is camped on our northern and southern borders, ongoing terrorist activities not only in the West Bank/ Judea & Samaria but within The Green Line, dealing with the thousands of Eritrean and Sudanese asylum-seekers who were denied permanent residence in Egypt but assumed Israel would take them in, granting them citizenship, and the list of our economic and societal worries goes on. Add to this the reality that the true identities of some of the Syrian refugees could prove to have terrorist links which could greatly put our population in further danger.

Our plate is full and there’s little room for Syrian refuges here. Let’s donate goods and money, but honestly — where in the world is Carmen Sandiego (a.k.a. rich Arab countries)?