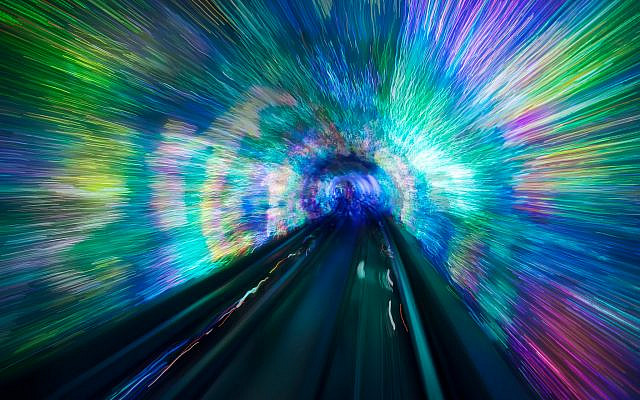 When three angels came to visit Avraham’s tent, they asked him, “Where (ayeh) is your wife Sarah?” (Gen. 18:9). Similarly, when Adam ate from the Tree of Knowledge and through his newly-acquired knowledge became embarrassed of his nakedness, he hid himself from G-d. In response, G-d rhetorically asked Adam, “Where are you (ayeka)?” (Gen. 3:9). In this case, the word used is ayeka — a cognate of ayeh. A third cognate is used when G-d chided Kayin for killing his brother with another cognate of this root, “Where (ey) is your brother Hevel?” (Gen. 4:9). A second word for “where” is an (I Sam. 10:14, Iyov 8:2) — and its more common derivatives anah in Biblical Hebrew and le’an in Rabbinic Hebrew. However, the most common word for “where” is eifoh. In total there are three Hebrew words that mean “where”: ey/ayeh, anah, and eifoh. In this essay we will examine the roots of these words and use that information to clarify the differences between their exact meanings.

Rabbi Shlomo Pappenheim of Breslau (1740-1814) explains that the root of the words ey/ayeh is ALEPH-YUD, which refers to a query about a specific location. Another word derived from this root is ee (“island”). An island is aptly called an ee (literally “Where is it?”) because it is surrounded by water on all sides and there are no landmarks that one can use to find it. Since its exact location is hard to determine, the word for an island “asks” where it is.

Rabbi Shlomo Aharon Wertheimer (1866-1935) notes that besides meaning “where,” the word ey sometimes serves to question “if” or “how” something actually exists, and can also mean “which.”

Rashi (to Iyov 38:4) explains that eifoh is a portmanteau of the words ey (“which”) and poh (“here”). In other words, when someone asks “Where?” he is essentially asking “Which here?” The same is true of the Aramaic words for “where” (heicha/heichan), which are derived from the Aramaic words “which” (hei) and “here” (ka/kan). This is somewhat reminiscent of the English word where which may be understood to be comprised of the letter w, standing for “which,” and the word “here.” Nonetheless, linguists trace the etymology of the English where differently.

Rashi (to Gen. 27:33, 43:11), as elucidated by Rabbi Eliyahu Mizrachi (1455-1525), explains that in addition to meaning “where,” the word eifoh can also mean “now” (Isa. 22:1) or “what/who” (Judges 8:18). Radak in Sefer HaShorashim evidently follows this approach as well. Others point out that in some cases eifo is an interjection that serves as a general expression of confusion and astonishment and does not necessarily mean “where.” [For a full discussion of whether the word eifoh (which ends with the letter HEY) and the word eifo (which ends with the letters VAV-ALEPH) mean the same thing or are simply homonyms, see Rabbi Uriel Frank’s article in Kovetz HaMa’yan (Tevet 5770).]

Rabbi Wertheimer writes that ayeh is a general term for “Where?” used when one has no inkling of a given thing’s location, whereas eifo indicates that one has a general sense of where the thing is but is asking where it is exactly. Rabbi Pappenheim similarly understands that eifoh denotes a vaguer question about location than ey/ayeh does.

Along these lines, Rabbi Samson Raphael Hirsch’s great uncle, Rabbi Yehuda Leib Shapira-Frankfurter (1743-1826), writes in HaRechasim LeVikah that while eifoh is used for run-of-the-mill “where is” questions, ayeh is used when someone searching for something is surprised that it is not in its expected place. In other words, eifoh means “Where is…?” and ayeh means “Why is… not here?” In the case of Adam hiding after his sin, G-d used a derivative of ayeh to rhetorically ask why Adam was not in his regular place (with the obvious answer being that he was hiding because of his sin).

Rabbi Yaakov Tzvi Mecklenburg (1785-1865) expands on this approach and uses it to explain why the angels asked Avraham, “Where is (ayeh)your wife Sarah?” One would have expected that Sarah would be busy setting the table for the banquet in the guests’ honor, especially because Avraham was post-surgery and quite weak. When the angels noticed her absence they asked, “Ayeh your wife Sarah,” as if to inquire “Why is she not here where we expected her to be?” The Talmud (Bava Metzia 87a) explains that this question was also rhetorical — the angels knew Sarah’s whereabouts but still asked in order to endear her to her husband by highlighting her superlative modesty.

Rabbi Pappenheim explains that in contrast to ayeh and eifoh that focus on something’s current location, the root ALEPH-NUN — which is the source of the words an/anah/le’an — questions something’s destination. In other words, words derived from this root ask “to where?” The word aniah (“boat”) is derived from this root because a boat does not travel in a straight line to its destination, but rather moves about however the waters push it. Since a boat’s final destination is not readily apparent by observing its route, one might ask about such a seafaring vessel, “Where is it going?” — and therefore the very word for boat is derived from the question itself.

We have discussed in our writings the interrelationship between time and space in the Hebrew Language. With that paradigm in mind, it is quite understandable that the word anah is borrowed from a spatial context to a temporal context, to refer to a specific target time (“Until when…?” in Num. 14:11).

We have also mentioned before that when the letter MEM is added to a root, it tends to flip the root’s meaning. Thus, a MEM prefixed to this root yields m’ayin, meaning “from where” (Gen. 29:4, Num. 11:13, Ps 121:1) a question about something’s place of origin as opposed to its destination.