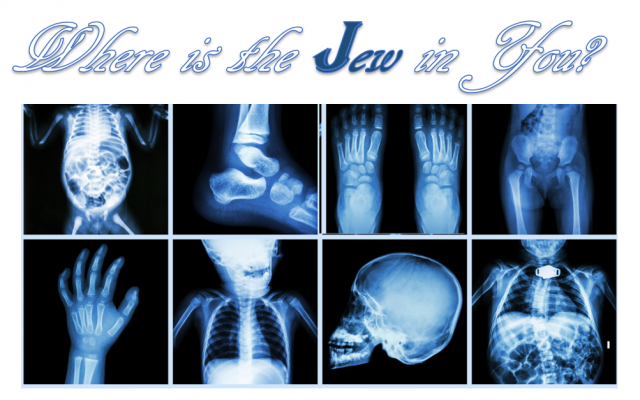 From the synagogue to the nightclub, if you believe in God then you must believe that He is everywhere. “And where can I flee from Your presence? If I ascend to the heavens, You are there; if I make my bed in the grave, behold, You are there.” (Psalms 139:7-8)  But the sages teach us that there is one place that God is not, and that is with the arrogant. God said: “[The arrogant] and I cannot dwell together in the world. (Sotah 5a)

And it thus becomes so clear why Moses, the most humble person in the world, was the ideal recipient and deliverer of God’s Torah.  He knew that there is nothing but God and to have an ego and delusions of self-importance is ridiculous. And so, unlike most who would love to get their face on the cover of a bestselling book, Moses tells God in this week’s Torah reading, that if God is to destroy the Children of Israel for the sin of the Golden Calf, then God should remove his name from His book. Not only does God NOT erase Moses from the Torah nor destroy the entire nation, but God then goes on to honor Moses and reveal His back to Moses. “You will not be able to see my face, for no human can see My face and live.”

We must learn from Moses, the world’s greatest teacher, that if we want God to hear our prayers and to have a relationship with us, we have to get out of the way. Make space for Him by acknowledging that He is the only reality and that in all our delusions — greatness, beauty, wealth, status — in the grave we will be eaten by worms. But in the meantime we must fulfill our purpose and be humble vessels that are worthy of God’s presence and one’s in which He wants to reside and bless.

We learn in this week’s Torah reading that in the national census, the Jews were tabulated by giving half a shekel, as a blatant reminder that we are not whole in and of ourselves. We become one only when join together with our nation, our God and His Torah. It is also interesting that the Hebrew word for “giving” the shekel, V’natnu, is a palindrome, meaning the word reads the same way backward and forward,  like the word wow.  It is meant to teach us that when you give in service to God, you always get back. (Rabbis Yisroel and Osher Anshel Jungreis). Some call it karma, some say, “What goes around comes around.” The Torah calls it God, a God that meets out justice and rewards the adherents of his Law.

Sad that after all God did for His people to liberate them for Egypt and all the miracles He performed, Moses still had to intercede for them, identify them and remind God: “But see that this nation is Your people.” By looking at them, they hardly appeared to be God’s nation as they so quickly turned to sin. Nothing about their behavior appeared Jewish. I often write that being a cardiac Jew, having God in your heart is not enough. We see in the introduction of the parasha that service to God is a full body, full sensory experience from head to toe. When God looks down upon you from His heavenly throne, would He recognize you as one of His people or would Moses have to identify you too. How have your hands been a Jew lately? Have they picked up a prayer book, lit Shabbat candles, or dug into your pocket for charity? How has your mouth been a Jew? Have you prayed to God, defended your people, watched your language and abstained from gossip? How have your feet been a Jew? Have they walked you into synagogue, a kosher restaurant or a hospital to visit the sick? How has your mind been a Jew? Have you brainstormed how to help your people, thought about what God wants from you, studied Torah, contemplated how you can be a vital half a shekel to join the whole? What is a Jew without Judaism? I hear a heavenly coach rooting in my ear, “Use it or lose it.”

This is just something to think about as we go about our day-to-day business so that we can try just a little harder (or a lot harder) to show God and all the nations of the world that We are still His nation, one nation, a holy nation, from head to toe, inside and out, undivided under God.