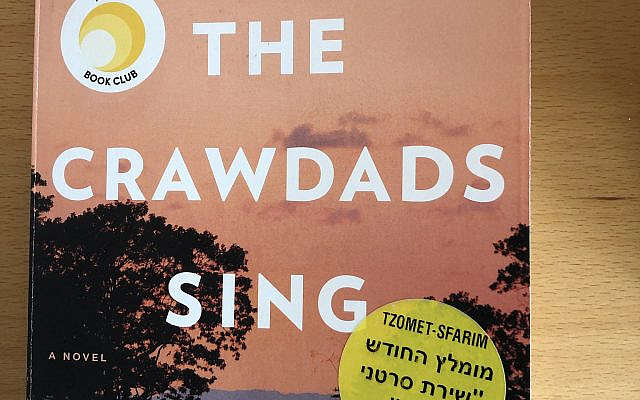 This novel by Delia Owens has been on the bestseller lists for a long time, so when it was offered at a reduced price in a local bookstore I bought it, intrigued by its strange title. I still don’t know what a crawdad is, and I don’t believe anyone does unless they are an accredited expert in animal biology and behavior, as the author is.

The book opens with a description of a five-year-old girl, Kya, who is watching her mother leave their home, a tumbledown shack in a marsh area of North Carolina. What follows is a moving account of the way the family lives, with an abusive and violent father who causes all Kya’s siblings to leave home at one stage or another, eventually joined by their mother. The little girl struggles to survive, essentially on her own, though her father does put in an occasional appearance and even supplies cash with which she buys basic supplies in the nearby town. She is shunned as ‘marsh trash’ by the local inhabitants, and manages to avoid attending school except for one day which is a traumatic experience for her.

The surrounding marshland features prominently in the child’s life. She learns to find her way around in it, to eke out a living from it by strabbling for mussels and eventually by catching and smoking fish, which she barters for clothes from a local African-American storekeeper. The physical and natural world of the marsh area is described very graphically by the author, and almost constitutes a character in its own right. The birds and insects are described with intelligence and insight, evidently the result of extensive observation.

Over the years Kya collects objects connected with the birds and wildlife of the region, and establishes a relationship of sorts with a local boy, Tate, who is also interested in the marsh wildlife. She matures into a beautiful, if somewhat eccentric, young woman, but feels abandoned when Tate goes off to college in another town. Another young man, Chase, comes into her life, but their relationship is somewhat tenuous. Eventually, after various complications, Tate comes back to her, and they resume their relationship, each of them involved in studying the flora and fauna of the region in one way or another.

After many twists and turns, Kya is put on trial for the murder of Chase, whose body has been found at the base of the local fire tower. What happens next is unexpected, even shocking, and eventually the mystery is solved, albeit in a somewhat unsatisfactory manner.

Still, ‘Where the Crawdads Sing’ is a good read, combining interesting characters and plot with a fascinating account of a region which seems as remote to me as anything from outer space, and could equally constitute a science fiction saga.