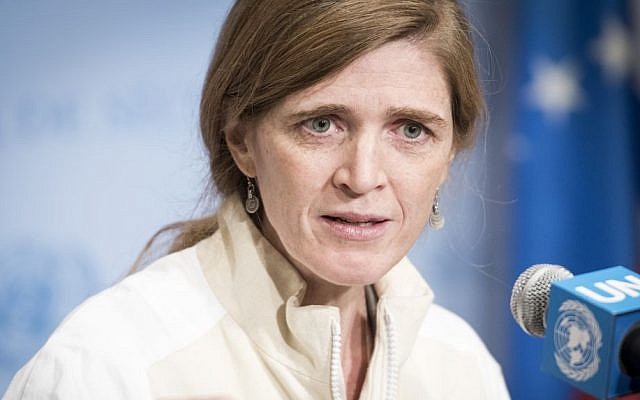 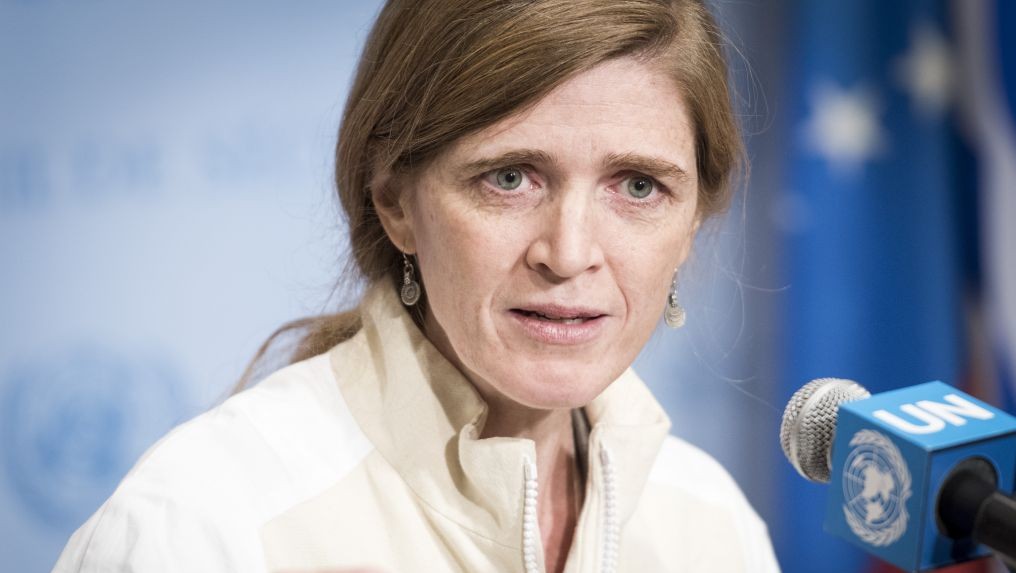 I sometimes do searches to find out whatever happened to my favorite old-time celebrities and politicians. It’s part of the joie-de-vivre of a senior citizen living into the Internet age. I got a hankering to know what US Ambassador to the United Nations Samantha Power is up to, since her ringing endorsements as a ferocious human rights advocate at the time of her nomination and earlier praise for her books and articles.

Then a news story appeared reporting a plea from Israel’s Chief Rabbi Yitzhak Yosef and startled me. Rabbi Yosef describes the atrocities across Israel’s northern border as “a small holocaust.” Syrians, Rabbi Yosef says, “are not our friends, but they are human beings.” Jews must not remain silent, the Rabbi pleads on.

Israel has a history of acting as a light unto the nations for the suffering:

Samantha Power built her reputation advocating for government intervention on behalf of victims of genocide. Power authored a Pulitzer Prize winning book “’A Problem from Hell’: America and the Age of Genocide.” In 2014 The New Yorker called her work the eponymous Power Doctrine; it demands the government cease tolerating “unspeakable atrocities, often committed in clear view.” President Obama appointed Power to be America’s youngest ever Permanent Representative to the United Nations. Ambassador Power promised to be “a blunt, outspoken champion of American values and human rights.”

In September 2001, Power wrote “Bystanders to Genocide” in The Atlantic. It is a deeply incisive article condemning the Clinton Administration for consciously standing on the sidelines during the 1994 Hutu genocidal slaughter of Tutsi people. Power retells the assessment of one official in the Clinton Administration how, “They represented the duality of Bill Clinton and his presidency, which was torn between thinkers, who looked out for interests, and the feelers, who were moved by values. All we know, in the end it was to be the thinkers who won out.”

Power charges President Clinton’s do-nothing policy in Rwanda was to protect American interests while avoiding “the moral stigma associated with allowing genocide.” His “willful delusion” to label Rwanda a war nurtured an ethical framework for inaction. In 2003, Power called for “a historical reckoning with crimes committed, sponsored, or permitted by the United States” ending with a mea culpa to Rwandans for doing little to end the genocide of 1994.

President Obama has steadfastly characterized violence in Syria a war. He ardently enforces a policy of non-intervention in another Muslim country war after withdrawing troops from Afghanistan and Iraq. Today we can substitute Sunnis, Yazdi and Aleppo civilians for Tutsi. Foreign Policy columnist Colum Lynch, describes the Obama Administration’s “lackluster” response to genocide in Syria, “a strategy high on rhetoric, humanitarian relief, and feckless diplomacy, and short on concrete, decisive action to protect civilians or to topple the government the White House says must go.”

Sounds like criticism Samantha Power might have once showered on a U S President, before becoming an insider. Conversely, when Ambassador Power was pressed to answer a question about President Obama stepping back from his promise to protect civilians from Syrian strongman al-Assad’s chemical weapons attacks, she answered, “The United States cannot police every crisis.” When did the puissant prize-winning human rights tiger become a feckless daddy’s little girl?

And here is what Amb Power said in January 2016 interview about the human catastrophe and genocide in Syria perpetrated in staggering proportions:

“Flashing forward to today, as a foreign policy maker, as part of President Obama’s Cabinet, and as someone representing the United States, trying to tell the story of what is happening in Madaya, Syria, where people are being starved to death by the Assad regime….”  She continues, the best we can do is admit refugees into the U S, because our security and humanity are linked to their destiny. Refugee children deserve the same opportunities our children deserve, as my three-years old daughter.

Huh? How about using the full force of the world’s superpower to protect civilians from genocide?

A short if distinguished rabbi in the puny country of Israel speaks with greater moral authority about the small holocaust in Syria than five-foot nine inch tall Amb Power. Tiny Israel, a target of Assad’s aggression for decades, is nonetheless impelled by its Chief Rabbi to accept the moral imperative and respond with action knowing there is a small holocaust being gruesomely committed against the Syrian people. That little old rabbi is a feeler, while the Obama Administration staff is comprised of thinkers, including an Ambassador who fails to sway policy and protect victims of human rights abuses and genocide. That is why, when my generation is gone, no one will wonder whatever happened to Samantha Power.

About the Author
Dr. Harold Goldmeier is an award-winning entrepreneur receiving the Governor's Award (Illinois) for family investment programs in the workplace from the Commission on the Status of Women. He was a Research and Teaching Fellow at Harvard, worked for four Governors, and recently sold his business in Chicago. Harold is a Managing Partner of an investment firm, a business management consultant, a public speaker on business, social, and public policy issues, and taught international university students in Tel Aviv.
Related Topics
Related Posts
Comments