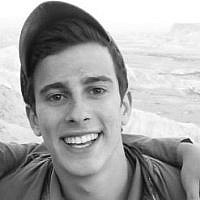 The Blogs
Jacob Gordon
Apply for a Blog
Please note that the posts on The Blogs are contributed by third parties. The opinions, facts and any media content in them are presented solely by the authors, and neither The Times of Israel nor its partners assume any responsibility for them. Please contact us in case of abuse. In case of abuse,
Report this post.

Since the operation in Gaza during the summer, the international community has voiced its concern of Israeli war tactics. Criticism has reached the point that some claim Israel desired to kill innocent Gazan people. That belief stems from the public’s assumption that hundreds of civilians do not die simply by accident. People see headlines like “1,000 palestinians dead” and immediately arrive at the conclusion that there must have been some israeli intent, or at least negligence, that led to so many people being killed.

In reality, the civilians killed by American operations in the middle east far outnumber the Gazans killed by israel during the most recent conflict. So, the question begs: why doesn’t the world call for mass BDS of America?

The prime example of America killing civilians is the American war on Iraq (2003-2011). The organization ‘Iraq Body Count’ (IBC) calculated that 162,000 Iraqis were violently killed by this 8 year war. Of those 162,000, 114,000 were civilians. This means that circa 70.3% of violent Iraqi deaths stemming from the US invasion were deaths of civilians. The UN states that in the most recent Gaza war, 70% of casualties were civilian (about 1,460 of 2,100). That 70% figure is opposed by the Israeli government for being too high, but even if accepted, the civilian casualty ratio would be no greater in Gaza than it was in Iraq.

Still, you could say, Israel was killing at an extremely fast rate. Maybe the only reason so many Iraqi civilians were killed was the length of the war.

For someone who criticizes Israel’s killing of civilians, the above statistic might be explained with the idea of “disproportionate force”: that America was under pressure and had to act as it did towards civilians, while Israel acted with more force than necessary.

To examine that claim, I want to look at the ratio of Iraqi to American casualties of war next to the ratio of Gazan to Israeli casualties of war. In the Gaza conflict this summer, 30 Gazans died for every 1 Israeli that did. Of course, this seems like a curious statistic, but in the American war in Iraq, 36 Iraqis died for every 1 American that did (the accepted number of Americans killed in the Iraq war is 4,475). In other words, the discrepancy in numbers of deaths is not unique to the Israeli-Gazan war, and was actually greater in the Iraq war.

It is clear: the civilian casualties, with many similarities, are present in both the Israeli war in Gaza and in the American war in Iraq. Neither Israel nor America is decidedly “worse” or less “humane” to civilians. So, for those who still want to boycott, denounce, and attack Israel on account of its killing of civilians, it’s only rational to do the same to America.

(When analyzing these statistics, It MUST be remembered that these two wars are not at all identical in their nature. The purpose of this is not to say that the Americans are worse than the Israelis or vice versa. There are many, many technicalities of both wars that can lean the scales towards either side with respect to questions of who was more righteous in cause or pinpoint in operation. Those questions would be impossible to fully answer. What is clear, though, is that civilian death tolls do not indicate any more Israeli intent to kill the innocent in Gaza than there was American intent to kill the innocent in Iraq.)

About the Author
Jacob Gordon is the brother of an IDF officer and a high school student. He writes for his school's foreign affairs publication and is the president of both its Political Action and Controversial Ideas clubs.
Comments