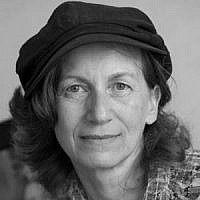 The Blogs
Diana Leonie
Apply for a Blog
Advertisement
Please note that the posts on The Blogs are contributed by third parties. The opinions, facts and any media content in them are presented solely by the authors, and neither The Times of Israel nor its partners assume any responsibility for them. Please contact us in case of abuse. In case of abuse,
Report this post.

On December 24th 2015, the day after the terrorist stabbing attack at Shaar Yafo, on my way to the Kotel via Shaar Yafo, outside of Mamilla Mall on the square close to the Gate, I walked past the scene of two border policewomen questioning a group of Arab youths — it seemed they had no ID on them.

I also noticed three groups of journalists (two foreign and the main one with the video camera, Hebrew and Arabic speaking – as far as I could tell) photographing and filming the interaction.

It felt a little strange that a group of Arab youths would choose to hang out, without their teudat zehut (ID), in the very place a terrorist attack had occurred the day before and even more strange that three groups of journalists should happen to be on hand to record their being questioned by the border police.

Deciding to join in with the image making, I began to take some pictures of my own – with my iphone.

This bothered one of the journalists and she came over to question me.

As best as I can recall our conversation went like this:

Journalist: “Who are you? What are you doing?”

Journalist: “You can’t just take pictures.” Taking her smart phone and directing it at me: “How would you like it if I pointed this at your face and started taking pictures?”

Me: ” I’m interested in the whole picture and you are part of it.”

It was a tense scene.  Ignoring the media, the police persisted in their questioning – apparently without much progress. Making things more difficult for them, as if sent from central casting, came a most unpleasant, clearly unbalanced individual, who, taking advantage of the youths being unable to respond and ignoring police commands to go away, began to vent his anger (for the previous days attack probably) at them.

It was easy to see how in a second this routine questioning could turn into a tragic story; if a knife appeared, if any of the young men ran or lunged, if the crazy guy became more crazy. It was also easy to see how useful teenagers are as a tool for creating a scene that could end in tragedy and some heart- wrenching/bloody images.

All the while, with detachment, the journalists filmed, took notes, chatted to each other. I felt I was observing something predetermined. 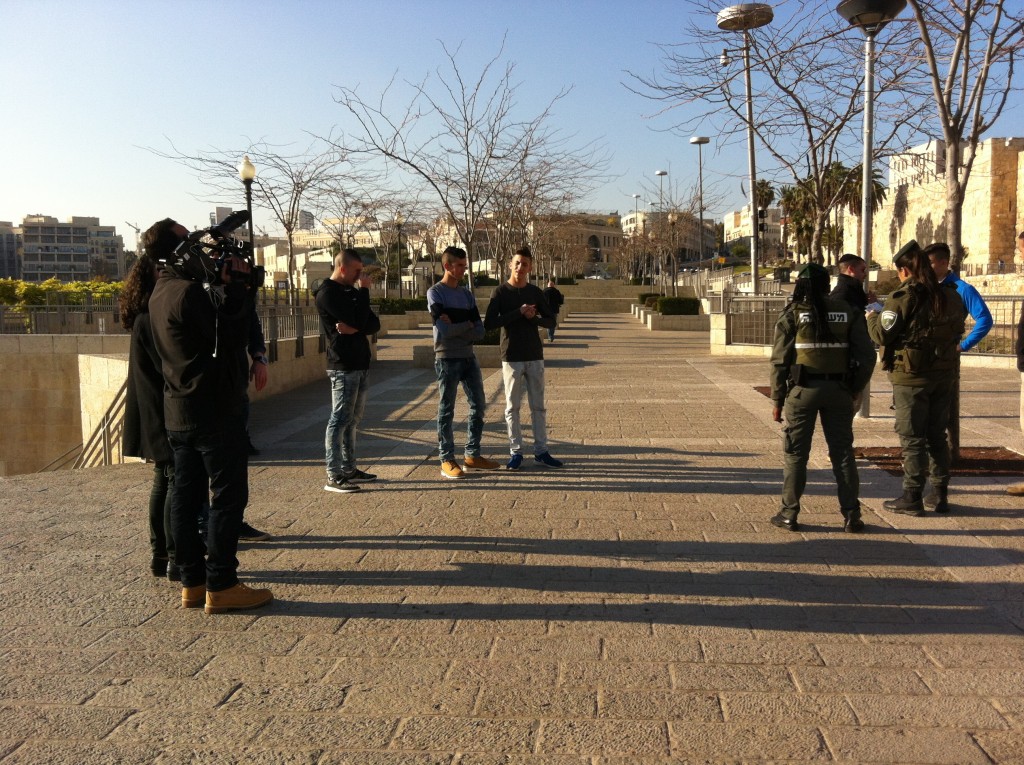 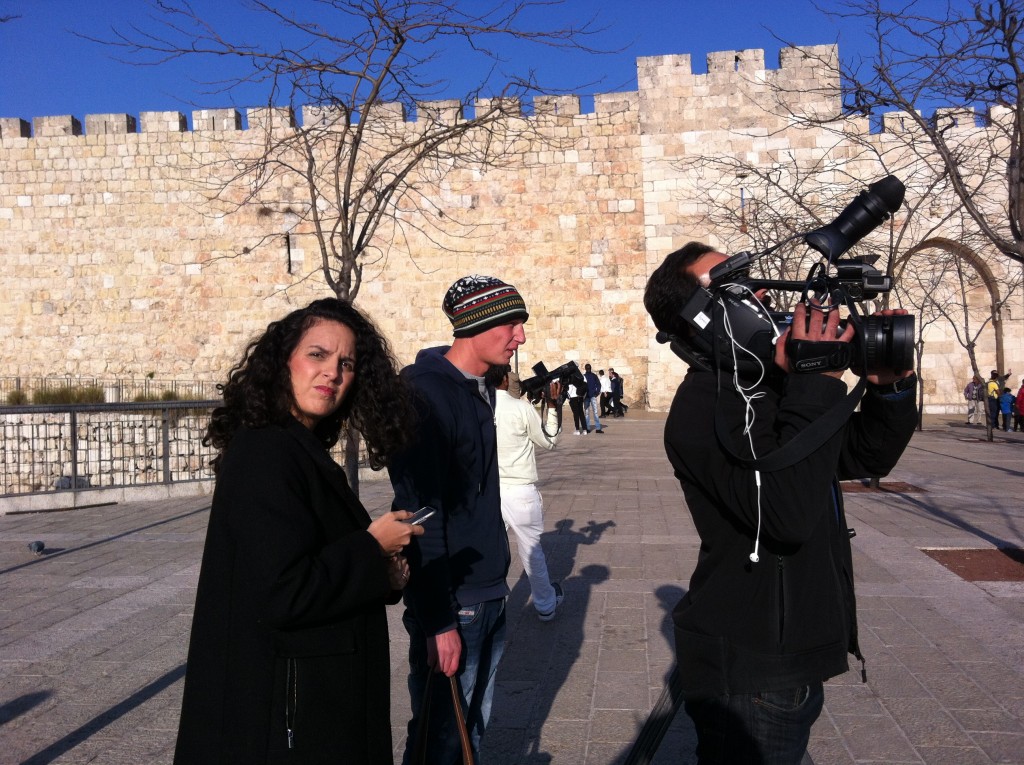 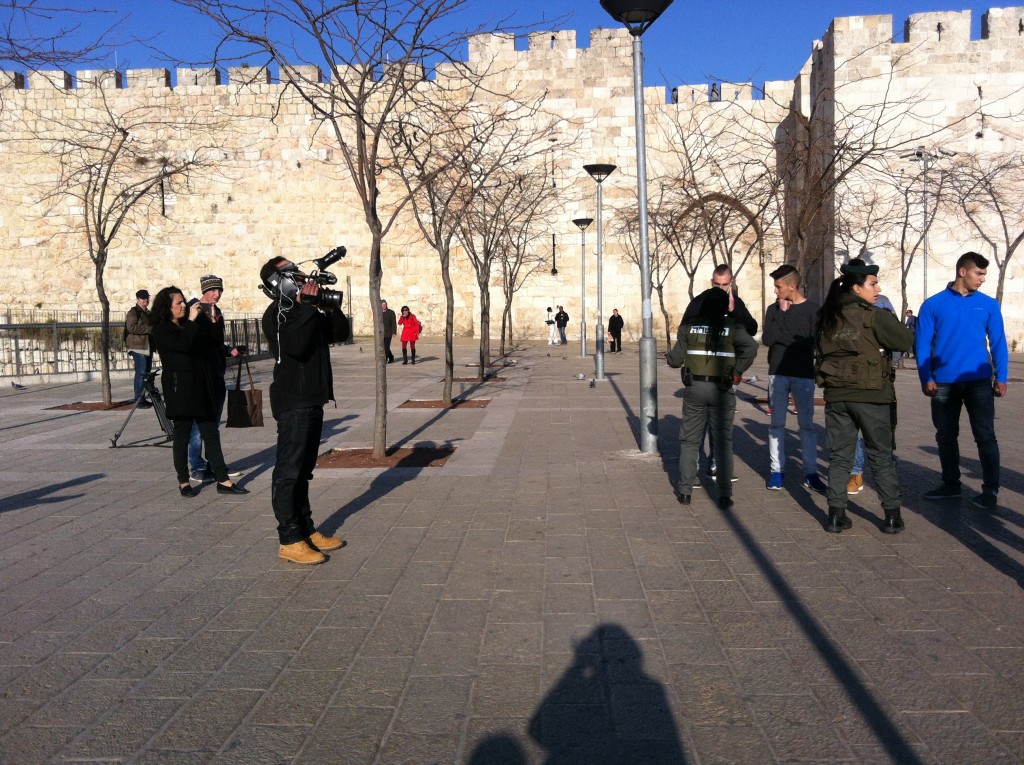 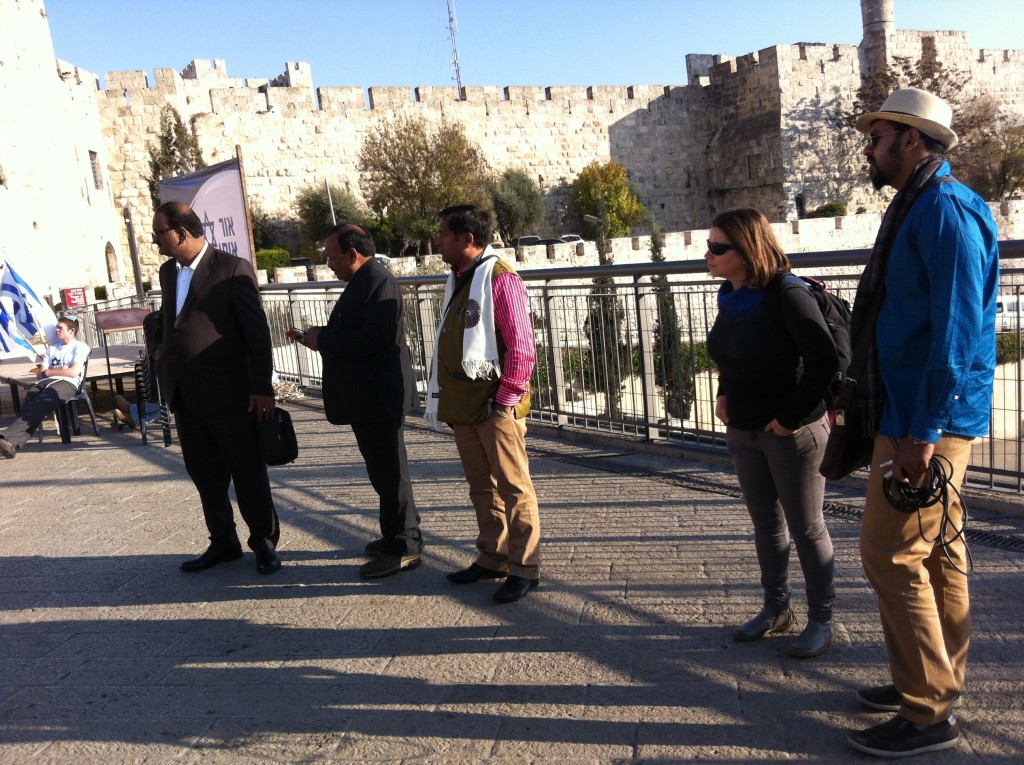 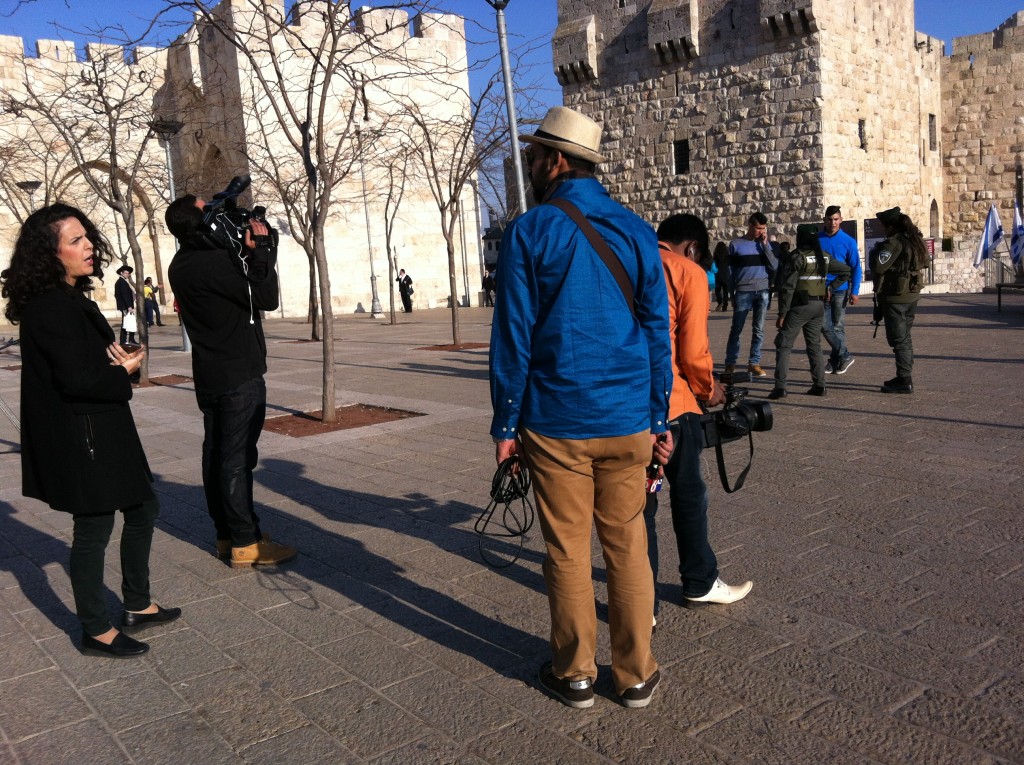 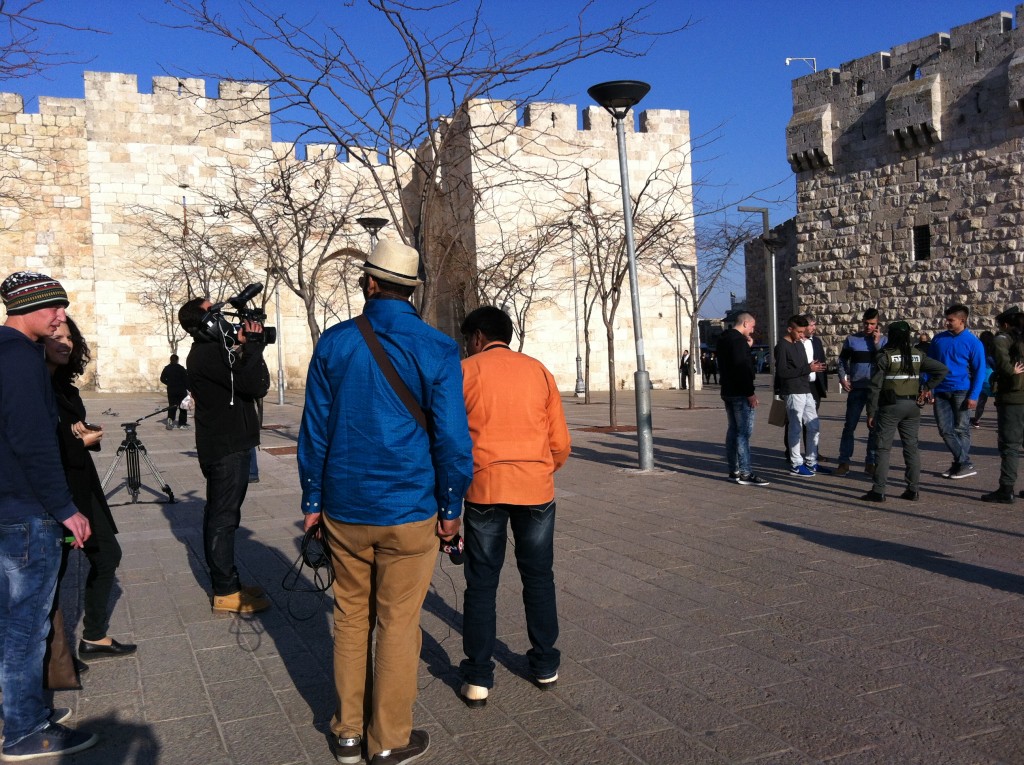